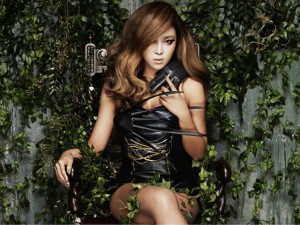 Hello and welcome to another Comments of the Week, where we showcase some of our favorite comments from articles posted in the time frame. Before all that, let’s have a quick recap of what was covered in Seoulbeats.

In music, there were reviews of Jessi‘s “Excessive Love,” Lee Hi‘s “Breathe” and “Hold My Hand,” and the albums from Lee Hi (Seoulite), and Mamamoo (Melting).

Meanwhile, in TV-land, Vya talked about the new charm of Weekly Idol, episodes 11 and 12 of Infinite Showtime, and the Produce 101 Support Group continues with episodes 3-5.

In regular Seoulbeats Segments, SB Mixtape on outer-space themed songs, playful photoshoots on For Your Viewing Pleasure, an Indie Gem on Walking After U, an SB Roundtable on March Madness, and Best of Weekly Music Shows for 2/29 – 3/6 and 3/7 – 3/13.

There were also several socio-cultural articles posted: the status and future of idol soloists, slut-shaming in K-pop, reconciling Korea’s pet culture with their dog meat industry, and the politics of idols leaving to study.

There was also a look at ‘ career for their 10th anniversary. 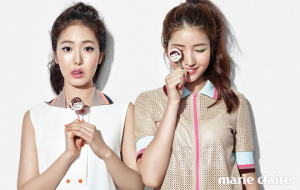 And, of course, March Madness has started! Check out the bracket and while Round of 64 has finished, check Round of 32 here!

Sorry I’m a bit off track here since the post is about Lee Hi but I think the simplicity and universality of the lyrics is one of Jonghyun’s strengths in writing lyrics. It’s just like what he did with Elevator. He captured something very profound through small gestures like a sigh, or in Elevator’s case, seeing your reflection on the elevator door. It’s amazing.

I may not adore everything Jonghyun has decided to release musically (I personally feel his stuff is too much of the same thing) but I will always love his lyrics. Its very difficult to express simple emotions in such a clear and precise way and Jonghyun has a real knack for doing that. Sure, he isn’t the best lyricist out there but he is very talented.

As for Lee Hi, I agree with you when you say she really is growing as a vocalist and personally her voice is so refreshing and helps me fall asleep at night in the best possible way, especially with this song. That being said, I really wish she worked on her stage presence. I partially blame this on YG who locked her up for three years instead of allowing her to improve on something she’s clearly awkward at.

I’ve always been conflicted about the topic of dog meat consumption. I completely agree that all animals killed for consumption should be killed in a humane, and clean environment to ensure the safety of the food we eat and the pain inflicted to the animal is minimal. But what gets me is when people scream and shout in anger that the act of eating dog itself is inhumane. And that these “dirty Asians” are disgusting to eat these domestic animals. And while I would never eat dog, I do know that here in America you can get your hands on rabbit meat, and saying you ate rabbit in America is not absurd, yet rabbits are common pets too. I guess you could say it’s in our culture to value the dog as man’s best friend but then can we really get upset if another culture views dogs the same way many Americans view Rabbits? No matter what Korea does I hope they (and all meat industries) work on how they treat animals. 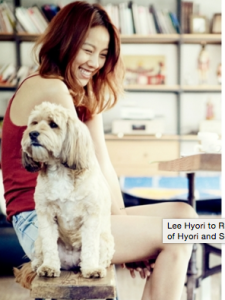 Kpop has always had a “stylized” sexuality. It’s the same as regular sexuality, only more plotted out, meticulously, ruthlessly — until, ironically, it’s anything but sexy if you look too closely.

Basically, the PTB do their best to sashay around and through the idea of sex, only they never go too deep to entirely detract from the facade of idol purity. For this reason, sexual liberation — and even female empowerment, to a degree — in Kpop is horrifyingly twisted when you get down to the crust of the issue. How many of us have heard our favorite artists say something along the lines of: “That concept was a little troublesome for me?”

Sexual liberation in Kpop, female empowerment, as well, often comes at the end of a yo-yo string — and those that dictate the concept have ALL the power (and rarely is that a female).So what you end up with is a controlled, sanitized version of sexuality that isn’t all that sexual; it’s a mass marketable sliver that takes all the power and punch out of one of life’s most potent forms of expression and emotion: sex/lust/love (all three-in-one sublime tortilla).

The illusion of sexuality is what has harmed Korea most — because sex becomes so fetishized and sanitized (“sanishtized,” hehe) that it loses any impacting force that it once had; that just keeps people from truly absorbing and facing the real inner workings of sex, sexual thoughts, sexual identity and sexual understanding that help drive toward a point where we can become comfortable with the reality of sexual equality.

And that’s it for this week! Thank you for reading and commenting!