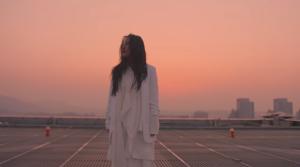 There’s simply no excuse for us being deprived of Lee Hi‘s voice for nearly three years. None. With the exception of Hi Suhyun‘s “I’m Different,” YG has kept Lee Hi under lock and key and her immense talents have been sorely missed.

In the years since First Love, Lee Hi has skipped across the Gangnam road to Tablo‘s YG boutique Label, HIGHGRND. For many, the move was exciting because not only did it mean Lee Hi might actually break free from the YG basement, but also because the boutique label might be able to offer Lee Hi new creative opportunities beyond the standard YG promotion formula. (But mostly, you know, promotions in general.)

So, after three long years, Lee Hi is finally back with a full album, Seoulite. The album’s two singles prove that, overall, the move did benefit Lee Hi, both in terms of opportunity and artistic growth. Not only does the lead single “Breathe” feature lyrics by Shinee‘s Jonghyun (of SM Entertainment), but it also demonstrates significant emotional growth for Lee Hi as a vocalist.

When it comes to “Breathe” and it’s MV, it’s clear that Lee Hi still hasn’t really learned to visibly emote — or stare pensively in a a direction other than her right — but that’s okay because her vocals carry most of the weight. Factoring in the MV’s aesthetics, “Breathe” packs one of the most delicate emotional punches K-pop has seen in a long while.

In “Breathe” Lee Hi sings about watching someone else exhale. It’s a simple premise, but there’s still something so moving behind it. Through the bare-bones lyrics and melodic vocals, Lee Hi perfectly captures that moment when you’re in a public place and you glance over just as the person next to you releases a heavy exhale. You may not know them, their burdens, nor their anxieties, but in that moment you completely empathize with them.

If I tell you it’s alright

I know that it’s only words

When someone sighs a breath as deep as that

How Am I to understand it?

Even though I won’t be able to understand its depth

I will embrace you

“Breathe” is all about what lingers in the unspoken, the small wordless actions that connect us through our shared humanity. It uses the most basic human function of breathing to offer empathy, even if we can’t verbalize what we’re feeling. It’s so easy to be caught up in our own everyday stresses that we can forget that everyone else carries their own burdens. Jonghyun’s lyrics and Lee Hi’s melodies sweep in to remind us that everyone experiences their own stressors, but what’s most important is that we all take a moment to just breathe. It’s muted and somehow moving all at once. I’m not saying that “Breathe” is the most profound lyrical majesty to ever be penned, but I am saying that there is something powerful in it’s simple resonance; in it’s universality.

Beyond the lyrics, “Breathe” truly hits the emotional mark through Lee Hi’s vocals. It’s not simply that Lee Hi can sing well, it’s that her voice is genuinely special; unique in both color and tone, and completely identifiable. What’s more is that Lee Hi demonstrates such mature control of her instrument for being so young. Her notes are appropriately breathy throughout the track, but build to just the right amount of power as she reminds listeners to release the air, anxiety and stress they bottle up inside. In many ways, Lee Hi sings the song like it’s an extended exhale — a comforting release and re-assurance that everything will be okay.

Beyond the track, what’s most impressive about “Breathe” for me is the MV. Lee Hi’s soothing vocals are accompanied by sweeping cityscapes freckled with the mundane details of everyday life. More than anything, the “Breathe” MV is one of the first K-pop MV’s I’ve seen that accurately captures Seoul — for better or worse. From the orange-glow of the setting sun, to the sprawling neighborhoods of green roofs, the heavy sigh released while waiting for the 4318 bus, and the worn face of a taxi driver, the MV manages to make visual and somehow visceral the everyday life of a Seoulite. There’s the chaos and crowds, but there’s also overwhelming isolation and fleeting moments of serenity. With all these elements colliding together, it’s easy to understand why Lee Hi is telling everyone to take a moment to exhale. 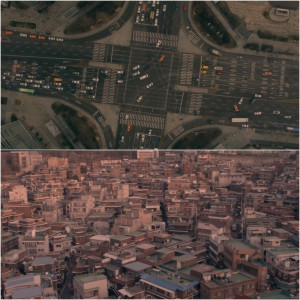 The aesthetics of the MV are entirely appropriate for the content of the track. Lee Hi is reminding the city dwellers that it’s okay to be exhausted, run-down and overwhelmed — that there’s no need to explain why you are tired, all you need to do is take a deep breath. The hustle and bustle of Seoul life (and life in general) is exhausting, trying and overwhelming. So sigh if you have to, if that’s what will help you feel better after a long day.

Admittedly, “Hold Your Hand” is my favorite of the two singles, but that in no way discredits the loveliness that is “Breathe.” For some it may be underwhelming or simplistic, but I don’t think it was Lee Hi, Jonghyun, nor the producers intention for “Breathe” to be another trendy pop hit. Rather, the track, in its delicate simplicity, resonates with a special emotional depth. It’s relatable and soothing in every respect. “Breathe” won’t stay stuck in my head for too long after listening, but melody and Lee Hi’s vocals will be enough to help me wind down after a long day and remind me to just breathe.