Untangling webs and uncovering truths has become almost part of the package of being a K-pop fan. In the world of Stan Twitter, no longer is being a fan something you are, it is now something you do. Nowhere is this more evident than in response to artists who have had their lives pre-stardom examined due to controversies.

Kim Garam, former member of freshly minted HYBE girl group Le Sserafim, is the most recent example of how the line between person and celebrity can become blurred with far-reaching consequences. Paradoxically, it is fans who have been shown to have the power to warp that mythology more than the idols themselves.

Kim Garam’s case has evolved in ways that defy expectation. As a member of Source Music’s new girl group (Source Music is a subsidiary company of HYBE), Garam, 16 years old, was the subject of instant adulation in May 2022 when her debut pictures were released. The instant fanbase she garnered, however, was accompanied by a firestorm of bullying allegations. This was unprecedented, as possibly no idol has ever built such a reputation in the press so quickly after debut. A possible exception is Black Pink‘s Jennie, who was also accused of bullying pre-debut, though the claims were eventually put to rest.

Anonymous posts circulated with a wide range of allegations, and the most serious among them suggested that a student under the pseudonym of Yoo Eunseo attempted suicide due to Garam’s bullying. In a kind of social media tug-of-war, Le Sserafim fans immediately targeted some of Garam’s accusers on social media. Source Music issued an initial statement not only denying the allegations. but indicating that it was Garam herself who had been the victim of “malicious rumors and cyberbullying.”

HYBE went a step further by suggesting that the accusers were crafting a narrative “intending to harm the artist who is about to debut,” and indicated the company would be proceeding with legal action while the accusers were “hiding behind internet anonymity.” This kind of language was bold on HYBE’s part and unprecedented, as most agencies often avoid making any kind of statement beyond the bare minimum when denying claims of idol misconduct. HYBE’s going beyond that, especially in terms of assigning motivations to the accusers, was a major departure from the norm.

This stance largely drew ire from the general public, as some suggested it trivialized bullying and school violence in general, topics that have loomed especially large for Hallyu fans. Only five days later, HYBE issued a new statement systematically refuting each of the allegations, and ultimately, maintained the position that Garam was indeed the victim of “one-sided baseless claims.” Perhaps recognizing that her presence in the group during promotions would only ensure the scandal’s longevity, HYBE declared that Garam would be put on hiatus, “to temporarily halt her promotions so that she can focus on healing.”

If the debacle had stopped there, it would have already have been a rollercoaster, but the plot had only just started thickening, and no one, least of all the tide of public opinion on the internet, was sure of how they felt about it. #GaramOut began trending on Twitter as reports indicated that HYBE was in talks with Yoo Eunseo’s lawfirm to reach a settlement. Many fans saw this action on HYBE’s part as disregarding the trauma that accompanies bullying, and deeply personal anecdotes flooded social media feeds. Garam’s case seemed to prove cathartic to those who were, for better or worse, forced to relive their own school days.

Only a month later, however, the tides changed and #WeWantGaramBack began trending as fans called for her to return to the group in full force again. The public at large seemed starkly divided, since both sides—supporters who saw Garam as falsely accused, as well as those who aligned themselves with the alleged victims in support of the trauma they suffered—went to battle through posts and tweets.

On July 19, HYBE announced that Garam would be leaving the group, saying simply “our company has decide to terminate the exclusive contract.” After the maelstrom of accusations and arguments that had filled Twitter in the name of the case, the statement was almost shocking in its simplicity. This was particularly true given how staunchly HYBE had defended Garam, initially providing highly detailed refutations of the claims made against her. For it all to end so suddenly was disorienting.

What may have sealed Garam’s fate was the very currency that gave her such a strong initial foundation: her fanbase. Garam, as a rookie who had debuted only a few weeks before the allegations began taking on a life of their own, had not built the kind of longstanding relationship with her fandom that could have bought her agency more time to deny or deflect the allegations.

In cases like these, the duration of idols’ careers and how well regarded they are in the public eye are crucial assets. The fans who had initially supported Garam began directing their sympathy and attention to the other five members of the group during her hiatus, wondering how the crisis was affecting their careers and mental health. With most of the fandom directing their sympathy to the active group members, HYBE may have seen a continued investment of money and resources into Garam’s case as a losing battle, especially given how deeply emotional bullying cases are for the general public.

We need only to look at the trajectory of another female idol in an eerily similar circumstance to see how the power of fandom can shape outcomes. Seo Soojin, former main dancer of internationally beloved girl group (G)I-dle, was in a nearly identical position in 2021 when bullying and school violence allegations from her pre-stardom days emerged. The response from Cube Entertainment, her agency, was a muddled one. What initially was staunch denial of the bullying claims, on both Soojin’s part individually and Cube’s, evolved into contradictory statements and, ultimately, a decision to remove Soojin from (G)I-dle altogether, just as in Garam’s case. What makes Soojin’s controversy relevant to the discussion of Garam’s is how Soojin’s relationships with fans, particularly international Nevies, shaped Cube’s response.

For example, after Soojin’s departure from the group was announced in August, a petition entitled “Justice for Soojin” immediately went viral, garnering over 200,000 signatures, primarily from outside of Korea. Perhaps this explains why Cube kept Soojin formally on staff for months after the accusations broke, not technically releasing her from her contract until February of 2022.

When Soojin’s status was in limbo, fans sent food trucks to outside of Cube’s headquarters as a way of pleading for more attention to be brought to her case. Additionally, she received an outpouring of support on social media. Here, too, the distinction between international fans and domestic fans is important. While many international fans seemed to be staunchly on Soojin’s “side,” many Korean fans appeared more likely to have misgivings about her past given the bullying allegations. It didn’t help that one of Soojin’s accusers was prominent actress Seo Shin-ae, who has a public image as Korea’s sweetheart. These nuances seemed to make Soojin’s case more complex for some Korean fans than those who were supporting Soojin from abroad, without the additional layers of cultural context. Ultimately, Soojin was removed from the group, but not without a lot of waffling from Cube, likely torn between catering to the power Soojin held with (G)I-dle’s international fanbase and respecting the damning nature of bullying claims in the domestic public eye.

Both of these scandals, alike in their non-linear trajectories, solidify the power of fan response in shaping careers. Idols are often seen as occupying a realm forever beyond the general public’s reach. In fact though, idols depend largely on public opinion for their success. And perhaps because idols are perceived as fortunate for being in their privileged positions, the gavel of public opinion can fall down faster and swifter than it would for the average person.

Garam’s case is an example of how quickly public perception can change when speculation of a less than stellar past is brought to light, and her situation continues to evolve even though she has been released from her contract with HYBE. In fact, she recently released a statement continuing to deny the allegations, and is yet again a trending topic on Twitter, with #JusticeforGaram making headlines. This raises a natural question: What paths are open to idols when their names have been tarnished, questions of right or wrong aside? In an industry so deeply concerned with image and reputation, is there a possible path forward?

Woojin, former member of JYP Entertainment‘s Stray Kids, is a rare example of an idol who has continued to operate in the industry despite allegations of inappropriate behavior. In Woojin’s case, that behavior was claims of sexual harassment, not pre-stardom bullying allegations, and the allegations surfaced after Woojin had already exited Stray Kids. JYP’s statement at the time of his departure had indicated that Woojin left the group due to “personal circumstances,” though not surprisingly speculation arose that the accusations might have contributed to his departure.

Woojin later signed with a new agency, 10x Entertainment, and has not only released new music but will be embarking on a solo world tour this year. In fact, in some ways it appears his career has only flourished after exiting JYP, with fans rallying behind him along the way, especially as his new company provided a detailed refutation of the harassment accusations. Would this same elasticity apply to Soojin and Garam? It is impossible to predict, but there is no denying that in an industry where masculinity is lionized, Woojin likely has had an easier uphill climb in reclaiming his “idol” title than Soojin and Garam could expect to face.

So what is it that makes the trajectory of these cases so captivating? We know that many denizens of the Twitter-sphere tend to like keeping idols on their pedestals, but also relish the feeling of being arbiters of justice…which inevitably involves casting judgment. If other people’s foibles and flaws are mirrors to our own, perhaps seeing idols’ lives play out on a grand stage leads us to feel called to live vicariously through them in an attempt to feel as if our own wrongs have been righted.

Regardless of the psychology behind this potent response, instances like Garam’s exemplify how much fans and idols desperately need each other. The fluid role fandoms can play in conflicts means that no situation in the world of Hallyu is set in stone, no matter how irreversible circumstances may seem. The tides can always change. 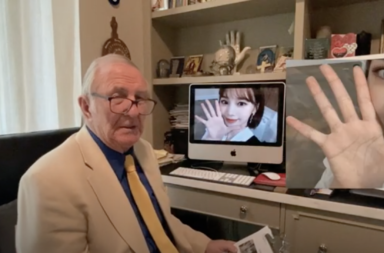