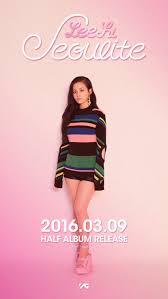 YG Entertainment’s recent promotion schedule has had netizens up in arms: Big Bang’s long-drawn releases with their latest album, WINNER and iKon’s repeatedly delayed comebacks and most recently Akdong Musician’s Chanhyuk’s national service enlistment. In the midst of the disgruntlement of these more popular YG artists, another YG treasure has almost been forgotten – Lee Hi.

Only 20 years old, Lee Hi first gained recognition in the first season of K-Pop Star, where she lost to JYP’s Park Jimin. Following her decision to sign with YG Entertainment, she released her debut album in 2013, but things have gone pretty quiet since then. So it was no surprise that the hype surrounding her comeback as the 9th of March drew closer was undeniable and the excitement was palpable.

Released as a half-album, Seoulite consists of five tracks and was produced by HIGHGRND, YG’s sub-label headed by Tablo. The album features several big names, from lyricists to producers to rappers; but not only does Lee Hi manage to hold her own and keep the spotlight on herself. The tracks of Seoulite further serve as a stage for her guests to shine in their own right, making for a solid and thoroughly enjoyable album. 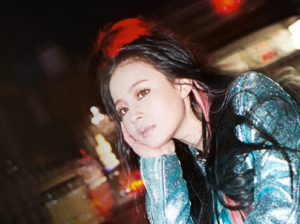 An aptly-named album, the five tracks take the listener on some kind of journey of the different facets of being an urbanite in South Korea. Beginning with the first track, “World Tour”, this song sets the tone for the entire album with its low-key hip-hop vibe. Featuring WINNER’s Song Mino, the lyrics speak of the liberating freedom and independence that being in a city allows and encourages. But in this subtext, there is an undeniable sense of loneliness and insecurity of living in a big, cold city. The idea of needing to upkeep appearances and put up a façade is also further reflected by the juxtaposition of the music and the lyrics. Where the music is blasé and chic, the lyrics are unsure and fretful:

Running out of money that I earned so far

And I might be a slave of work again

I don’t know, but let me be

As we go on into the second track, this idea of false confidence is further expounded upon with “Hold My Hand”. With a distinctly retro drum beat, the song gives off a similarly indifferent attitude, but less so in comparison to the first song. A song about missing a loved one, Lee Hi pleads for her lover to return, to hold her once again.

When we bid goodnight on our last day together

I turned around and only cold tears ran down my face 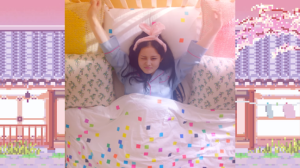 But while the song appears, lyrically, to be a song about pining, it is once again starkly contrasted with a fun, catchy tune in a major key, which makes the listener want to dance along. Once again, this seems to be a continuation of the “cold city woman” concept of the album, where sadness and loneliness are weaknesses to be masked and concealed. Nevertheless, this second track is slightly less suppressed and stoic, with more emotions coming through, even if they might be contradictory ones.

And if “Hold My Hand” had been a step towards stripping away facades, “Breathe” is a complete exposure of emotions. Co-produced by Shinee’s Jonghyun, this third track truly highlights Lee Hi’s talent. Beginning with the singular use of a piano, the first half of the song features only her voice, backed up by the piano, and her choice of musical phrasing and delivery are flawless. As we go into the first chorus, listeners are treated to Lee Hi’s voice in the upper register – something that does not happen very often in her songs. Jonghyun’s choice of vocal register is brilliant; Lee Hi’s voice in this range is almost child-like, reflecting a sense of absolute yearning that is perfect for the song.

When someone sighs; a breath as deep as that

How am I to understand it?

Your sigh; even though I won’t be able to understand its depth

That’s okay, I will embrace you

As the other title track, “Breathe” aptly encapsulates the idea of being a Seoulite, building particularly on previous ideas of loneliness and helplessness. It also adds, however, a new layer of emotion in the form of soul, something that was previously absent. A song of comfort, Lee Hi tells listeners that it is okay to take a break sometimes when life gets a little too hard. Heart-breaking in every way, this is the perfect third track to the album, bringing listeners to the peak of their emotional journey. 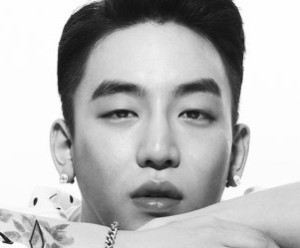 Following the emotional trajectory of the album so far, Seoulite takes a sharp left turn with its second to last track, “Official”. This track is sexy — both lyrically and musically — with an exceptionally strong bass beat. It plays off a lazy duple time as well as off the rasps and lilts of Lee Hi’s voice, working in tandem to create a coy and sultry aura. When underground rapper Incredivle enters with his rap two-thirds of the way through, his confidence verges on lazy and arrogant, further enhancing the provocative ambience.

Finally, the half-album ends off with “Fxxk Wit Us”, my personal favourite of the five tracks. As the final track, this song ups the hip-hop element, and features one final aspect of being a Seoulite – not giving a f***, as per the song title. Starting off unconventionally with the piano, there is a distinct, almost blues-ish vibe to this song. It is also laid-back and haughty, and both DOK2 and Lee Hi are entirely in their element here. What made this song work in particular, for me, was the element of surprise that came with hearing the F word come out of Lee Hi’s mouth. But somehow, in both her diction and delivery, she was able to pull it off with class, without it coming across too harsh or crude; it was amazing.

Overall, this half-album checks out perfectly. It manages to showcase Lee Hi’s versatility as an artist and serves as the perfect platform for her undeniable talent. There isn’t a single flaw to this album, and it almost makes the three-year wait for Lee Hi’s comeback worth it – almost. I still stand for the fact that YG could have done better in scheduling her promotion. Nevertheless, Tablo did an incredible job in the production of Seoulite, and it might be a little premature to say this, but Lee Hi might just have one of 2016’s best albums under her belt.

What did you think of Lee Hi’s comeback?