Jump into Lee Hi's Fantasies in "Hold My Hand" 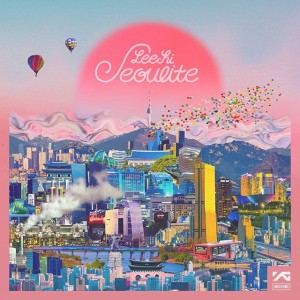 It’s been three years since Lee Hi debuted with “1. 2. 3. 4,” and now YG Entertainment has finally released Lee Hi’s sophomore album Seoulite with two title tracks — “Hold My Hand” and “Breathe.” This album had many talented artists contributing to it including Shinee‘s Jonghyun who wrote “Breathe” and  Tablo who produced the album.

With this new album, Lee Hi is beginning to evolve musically establishing a certain sound with her music. Her husky, mature voice and vocal delivery is very unique compared to other artists and lends itself very well to certain genres. The title track “Hold My Hand” is a song that fits extremely well with her voice.

We’ve heard Lee Hi hit those high notes before, but the mix of pop and ’50s doo-wop allows Lee Hi to utilize her lower register. It’s impressive when someone can reach those higher notes, but it takes a lot of control to be able to vocalize in the lower registers. With this song, she is able to demonstrate her ability to both.

The lyrics describes Lee Hi wanting to embrace her former lover again and the emptiness that she’s been feeling since they seperated.

This is where the story-telling technique of the 8-bit imagery comes in. Throughout most of the video, we are set inside. The only glimpses of the outside world we see are the 8-bit borders. When it cuts to a point-of-view shot of her looking out of the window, the video shows an animated 8-bit moon. Also, every time we see her hold hands with her lover, her backdrop becomes animated. She’s living out what seems to be a happy lifestyle, but it’s a distorted reality. She has not accepted what has happened to her relationship and these fantasies are coping mechanisms. 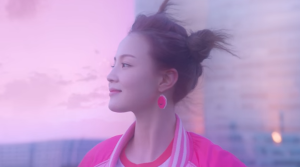 There’s a scene where she feeds the fish with animated hearts, but the fish doesn’t seem to react at all. This could parallel with the fact that even though she’s feeding herself these fantasies, but they’re not really emotionally satisfying.

The moment he lets go of her and she falls into the bed is the moment she comes to a realization. This transitions into the first exterior shot of the video and also pushes out the borders giving us the wide aspect ratio we are familiar with. This is the moment she has accepted the reality of her situation with the reveal of the real moon accompanied by a beautiful purple night sky.

The song is refreshingly different and Lee Hi is beginning to find her voice as a musician. The video doesn’t seem like anything special at first, and the animation felt more like a gimmick. But with additional watches and further analysis, the video is actually slightly brilliant. Using aspect ratio and animation to portray someone’s thoughts and perspective was very creatively applied to this story line. The music video is a fantastic accompaniment to the song and the track is a great balance to her other title track “Breathe.”