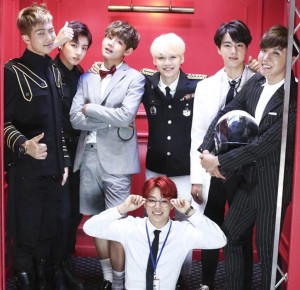 When we talk about K-pop, it’s hard not to include conversations about what could be one of the very significant foundations of the industry itself: the idol group. Throughout the years, the K-pop idol group system is probably one of the core factors which has made K-pop the distinctive music genre that it is today. However, quite recently, the K-pop scene is slowly being transformed through the rise of the idol soloist: K-pop idols who are part of idol groups but have since momentarily pursued solo musical work. While idol groups are undeniably still the more prominent of the two, one can’t help but wonder whether or not the K-pop landscape is entering a new K-pop era, an era of the idol soloist.

On a global perspective, while solo singers and performers have since existed way before the conception of boy bands and/or girl groups, there was no denying that the rise of groups or bands have since contributed heavily to the formation of musical fan culture. From the formation of various individual fan identities to escapism, raging boy band/girl group fandoms is more or less integral to the conception of a subcultural phenomena that crosses borders and countries.

Because of the noticeable ‘cultish’ following of many a Western boy band in the past, Japan’s music industry seemingly saw the marketing potential of such a craze and eventually create their own J-pop idol system. However, while Japan’s music industry remains to be one of the most impressive and consistent ones in Asia, it was actually South Korea that was able to add the necessary tweaks to their system, making it South Korea’s very own. 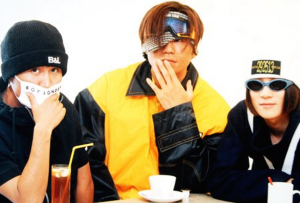 Although the earliest boy groups of K-pop weren’t products of the idol system that we know today, it was still pretty hard to shake off the popularity of the dance group. From Seo Taiji and Boys to Deux, up to the conception of the Big Three idol companies (SM Entertainment, YG Entertainment, JYP Entertainment), ‘the idol group’ has always been a staple in the industry and it was only during the early 2000s when K-pop’s dance group craze was momentarily rivaled by various solo acts.

It wasn’t until members of already pre-established idol groups like former TVXQ members Yoochun and Jaejoong (who made their own solo tracks during their Mirotic era) that the idol soloist started to take a more concrete shape in the industry. Probably one of the most influential second generation K-pop idols who ventured into the idol solo field would be G-Dragon and Taeyang of YG Entertainment’s Big Bang. Before long, other pre-established idols started going solo. From Jun. K of JYP Entertainment’s 2PM to HyunA of Cube Entertainment’s 4Minute, the idol soloist ultimately became just as relevant as the idol dance group.

One of the most significant contributors to the success of idol soloists is definitely the fact that they come from idol groups. The support they get from their groups’ respective fanbases is definitely significant in determining the success of their solo endeavors. This is partly because of how the idol soloist more or less acts as an extension of the group that they belong to. It is also through a solo act that the pursuit of a particular concept or sound that the group as a whole won’t promote will be achieved. For example, 4Minute’s HyunA and Ga-In of Brown Eyed Girls have been known in the world of K-pop for their sexy concepts and while these concepts may vaguely mimic that of their respective idol groups, one could tell that HyunA or Ga-In’s respective concepts are something that only they themselves can pull off without dependency on their groups. 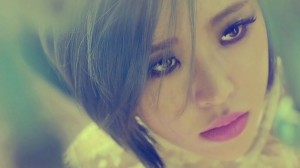 Apart from group-based popularity, the rise of the idol soloist can definitely be attributed to the increasingly competitive K-pop landscape. With newer groups debuting each year and with even more dynamic comebacks and concepts, there are times when it’s hard to stay afloat and relevant in the industry. For an idol to depart from the glossy and manufactured feel of a formulaic idol group system by creating the illusion of genuine individualistic artistry with a solo can certainly give them the additional competitive edge in the industry and eventually contribute to the ultimate musical and creative credibility of their respective groups and agencies.

Lastly, the conceptualization of the idol soloist by their respective agencies is ultimately another efficient marketing tactic that could hopefully draw in more fans for their artists without having to invest the same time and effort in creating a separate solo act. Let’s say that some consumers of K-pop aren’t exactly into the general vibe of SNSD, but are more interested in just seeing and listening to Taeyeon sing a ballad or whatnot. By granting Taeyeon a solo debut, not only will SM have the outpouring support of loyal SONEs, but the interest and patronage of audiences whose musical tastes are probably more in alignment with the genre of music that Taeyeon will be going for as a separate entity from SNSD. 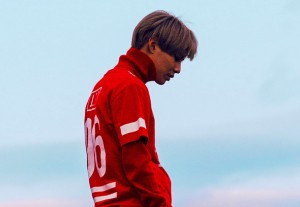 Agencies understand the efficiency of this method because they know that idol groups are more or less teeming with potential soloists. After the successful debut of SNSD’s Taeyeon, the solo comeback of SHINee’s Taemin (and impending solo comebacks of Secret’s Hyosung and T-ara’s Hyomin), and the upcoming solo debut of Apink’s Eunji, it’s hard not to imagine a K-pop generation in which the dance group would only become second to the idol soloist.

However, while idol soloists can become a force to be reckoned with in the industry, the practice of creating and producing idol groups is still very much alive and well. Whether one would agree or not, K-pop fans have become somewhat conditioned to readily consume the idol group. From flashy group choreography to adorable, off-stage group antics, both the heart and the soul of the K-pop industry is somehow rooted on the hugely spectacular appeal of an ideally perfect and harmonious goings-on of a typical girl group or boy group.

After all that’s been said and witnessed in the industry for the past couple of years, is it very much likely for K-pop to enter a soloist-dominated era in which dance groups would simply serve as platforms or metaphorical launching pads for idol soloists or will the idol soloist remain a momentary trend?