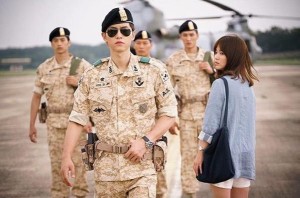 After almost a year, our Descendants of the Sun leads Dr. Kang Mo-yeon (Song Hye-kyo) and Captain Yoo Shi-jin (Song Joong-ki) are finally reunited in the fictional Eurasian country of Urk where Shi-jin has since been deployed as a part of the United Nation’s Peacekeeping troops.

Mo-yeon and her crew of doctors and nurses from the Haesung Hospital have also been deployed as medical volunteer workers at the same base camp that the Korean Peacekeepers are staying–and with this set up, it most definitely made for some serious tension between Mo-yeon and Shi-jin.

As expected, the pacing for the newer episodes were more or less similar to the previous ones, which might make one feel as if episodes three and four dragged at times. While Mo-yeon and Shi-jin’s random “dates” and playful banters were adorable enough, it ate up time could have been used to give viewers a brief backgrounder on the actual conflict in Urk.

Instead, the series takes its sweet time in granting the audience the slightest insight on what plagues the country, which at this point has been illustrated as this lush and relatively peaceful tropical getaway. Fortunately, the episodes momentarily break away from the leads’ romantic trysts by finally giving viewers the chance to peer into the intriguing relationship of Sergeant Major Seo Dae-young (Jin Goo) and Lieutenant Myeong-joo (Kim Ji-won) through some very amusing flashbacks. 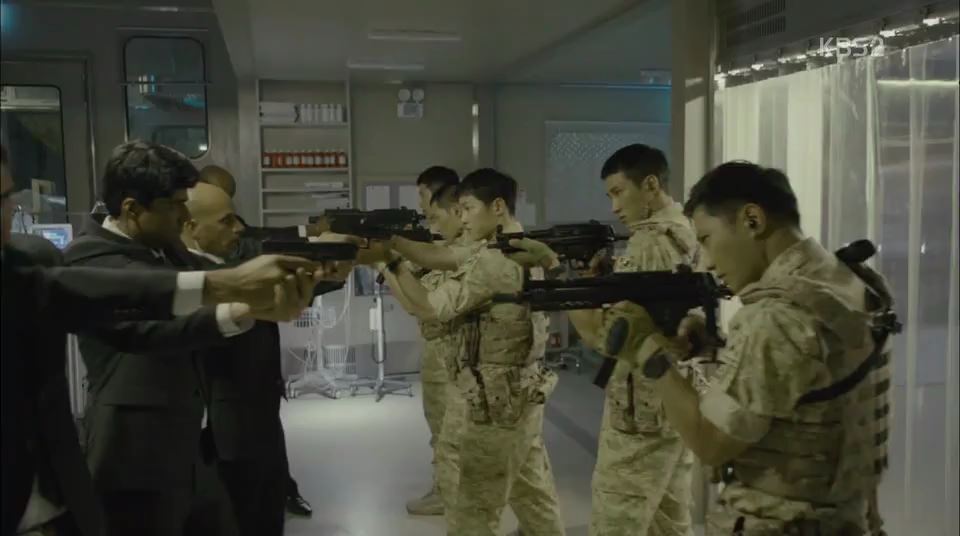 However, while the romance aspect of the series definitely came through in these episodes, it wasn’t completely devoid of some serious war drama. We were briefly shown a glimpse of a weapon smuggling plot, featuring a man who just might be the series’ main antagonist. His repeated appearances in these episodes imply some very obvious occurrences that would probably happen later on in the series.

Another dramatic highlight was Mo-yeon and her crew having to perform a sudden operation on a fictional Arabian President. While it was compelling and very telling of the characters’ respective personalities, it also felt like an obligatory, left-field scenario that could momentarily distract audiences from the romance. And it actually worked. It definitely reminded viewers of the supposed gravity of the situation, of doctors and soldiers in a war-torn foreign land. 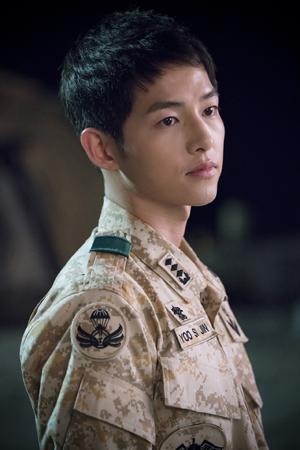 Although the series very obviously loves to remind us of the Song-Song tandem’s undeniable on-screen chemistry, it’s hard to ignore the fact that Song Joong-ki’s role as Shi-jin in this series is incredibly on-point. By this time, it is clear that the role of Shi-jin can only be played by Song Joong-ki and Song Joong-ki alone.

Looking at his performance, Shi-jin’s playful, yet sincere sense of honor and duty is something that Joong-ki has gracefully carried out. This has definitely been established in these newer episodes, especially after the heated operation scene that almost led to a court martial. Thankfully, that ended with just a salary deduction and loss of promotion on Shi-jin’s part.

While Song Joong-ki has solidified his ground in claiming Shi-jin as his own, Shinee’s Onew also managed to relatively do the same with Dr. Lee Chi-hoon’s character. Sadly for Onew fans, now is probably the time to stop kidding ourselves and accept that Onew is rather awkward with his role. Even if he has added a unique signature on his character, it’s because Chi-hoon was probably written in a way that it reflects Onew’s clumsy and quirky idol persona. As of now, Onew brings a sense of endearment to Chi-hoon. As the series progresses, Chi-Hoon will hopefully show signs of departing from the wacky idol Onew image.

Episodes three and four certainly had an overarching theme that dwells on the idea of sacrifice when it comes servitude and duty, and how that parallels with the concept of love and the pursuit of it. From Dae-young and Myeong-Jjoo’s “forbidden love affair” to Mo-yeon and Shi-jin’s respective outlooks on their professions, the series continues to find ways to subtly ground war and conflict in a manner that is universal.

As the series continues to serve us up with feel-good moments and almost fairytale-like happy endings (the Arabian President pretty much just granted the entire Korean military troop and medical crew amnesty, and even gave our leading couple literal golden tickets as a free-pass to anything), one can only speculate that this is a ‘calm before the storm’ type of set-up that will usher in fans of the series to even more dramatic thrills in future episodes.