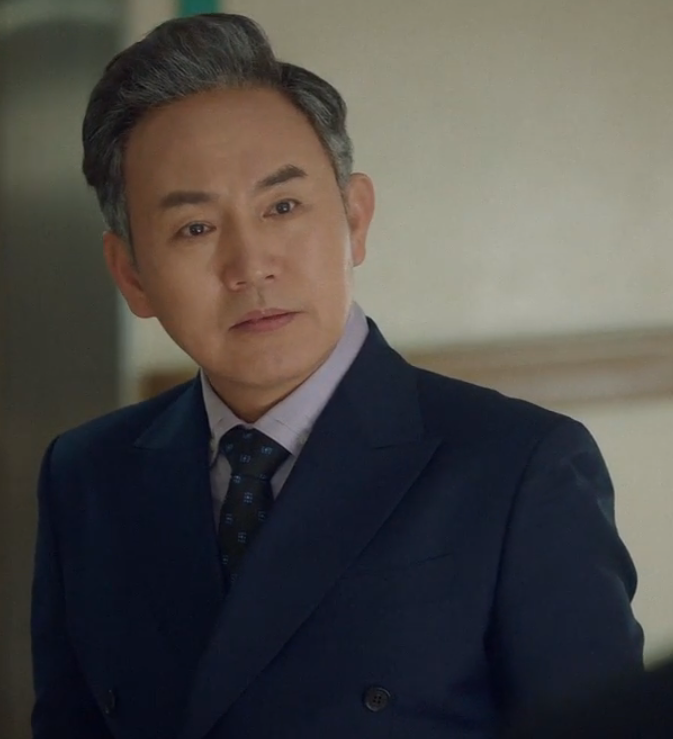 Cheese in the Trap has been followed by a number of people, including our writers Laverne and Vya. Now, the two have teamed up to discuss the final two episodes of a drama that started off promising, but doesn’t seem to have followed through.

Laverne: The last episodes of Cheese in the Trap have been a love/hate relationship for me. One the one hand, I love that Yoo Jung and Baek In-ho were able to apologize to each other, both recognizing their wrongs. Jung realizing he needed time to reevaluate himself was also a nice touch because it didn’t force a personality 180 on him; his realization came about organically.

On the other hand, though, these episodes felt rushed. Jung’s father being the root of many of the shows issues was alluded to once or twice over the course of the drama but there was never a strong foundation. For him to become such a big player all of a sudden came out of left field. His callous manner and sending In-ha to a mental hospital against her will was revolting to watch.

However, despite the rushed, messy nature of the last episodes, I think the ending was rather fitting of the show. It seems you have a different opinion, though, Vya. What was your initial reaction to the ending of the drama?

Vya: I thought it was awful. For all of the terrible ways I was prepared for the show to end — it could go full-on makjang, Jung could pull an idiotic noble martyr stunt, they suddenly have Seol fall for In-ho, etc — I never imagined such an unsatisfying, incomplete and lazy ending. Don’t even get me started on the ridiculous time jump gimmick. It was a truly disappointing end for what was once an extremely well written show, full of too many loose threads and standard drama tropes.

I was glad for Jung’s sake that he got some clarity, and seemed to understand himself and the effects of his actions better. The montage of In-ho, In-ha, Min-soo, Sung-chul’s expressions was chilling, and it was critical that Jung finally saw those same events from a different perspective. But I cannot accept that there was no role for Seol — the person who spurred all this change — in his journey to self-improvement. I’m not saying that she had to be with him every step of the way, but at least stay in touch? Why cut out the only person he really cared about and who genuinely wished the best for him? 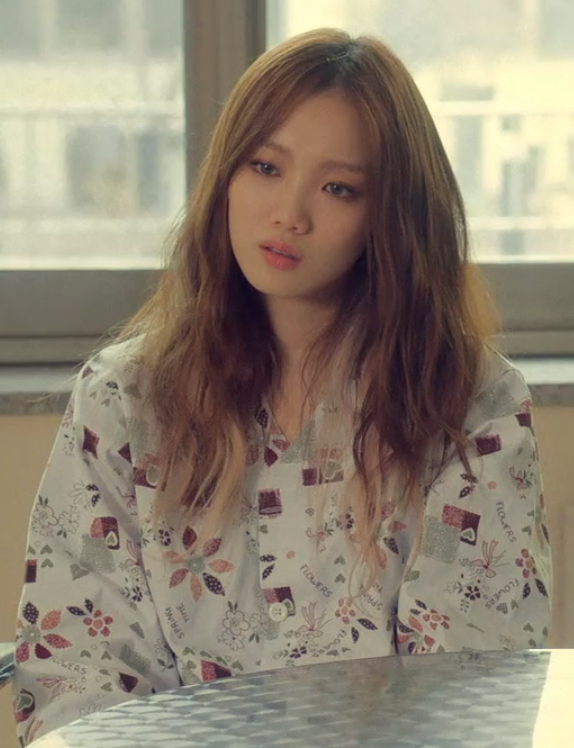 I also cannot accept that nothing has changed in Seol’s life. After all that growth we’re supposed to accept that she’s back to being a drone, unfulfilled by her work and still putting up with the Min-soos, Sang-chuls and Young-gons in the world? They turned our strong, hard-working heroine into someone pitiful, who stuck by her man only for him to leave her, and yet she’s still hoping he will come back to her.

To me, the most compelling character in all this was In-ho. Seo Kang-joon was wonderful in this role, even when the show devolved into a campy mess around him. He showed an incredible range of emotions — desperation in trying to help In-ha, hopelessness at her being committed, real joy at learning that Seol had woken up again and genuine affection toward Seol’s parents.

However he didn’t get his due either, as we see him pack up and leave (but we don’t know to where); play in the concert (but what about his hand?); and three years later he’s finally going to music school (but where was he in the meantime?).

What made Cheese in the Trap so magical was that it captured a time in these characters’ lives when they were discovering love, figuring themselves out, and learning to navigate the crazy obstacles that life throws at them. For all the stalking, scheming and fighting the show managed to be very grounded, and that slice-of-life tone was so refreshing. Sadly the finale was missing all of that magic.

Laverne: You make some great points, especially about Seol. She finally began standing up for herself and promised In-ho not to live in regret and yet, in the time jump, she was an unhappy worker drone.

There was none of the life and innate happiness that we 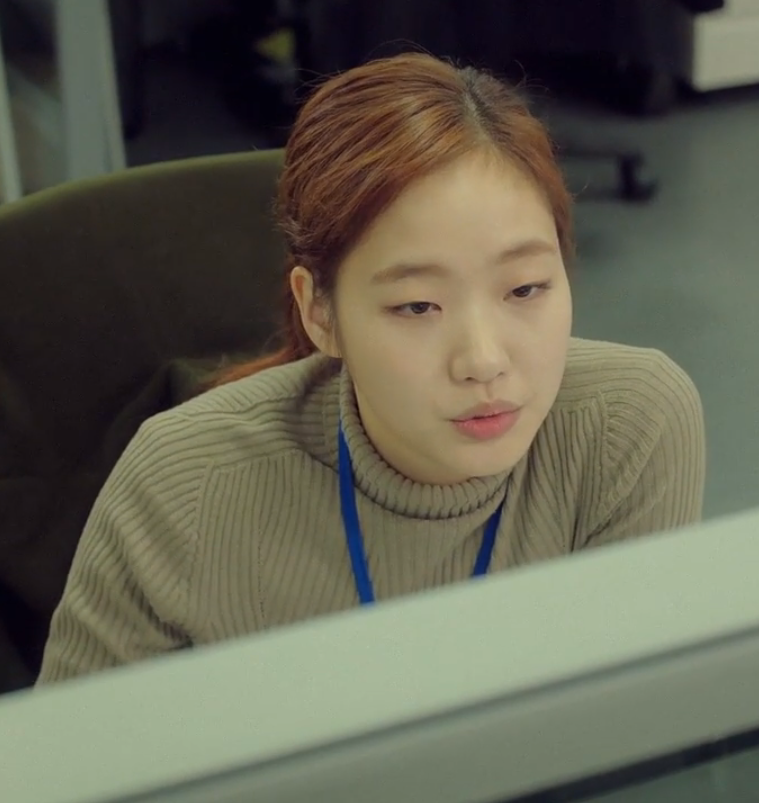 saw from her throughout the series. I know many are upset about Jung’s lack of screen time and rushed character ‘growth’ (the latter part bothers me more than the former) but I think Seol is the one whose character was jerked around — at least Jung’s character was consistent.

Sure, they showed Seol with Bo-ra and Eun-taek but aside from that, she was so bland and unhappy — and this definitely wasn’t a commentary on office life the way Misaeng was.

Going back to my statement about the ending of the show being fitting, I don’t want that to imply that this was a great ending, but rather that, in context of how messy the show had become, it is fitting. The days of tightly-woven plot with strong character beats have been over for a while. Rather than expecting that of the drama’s ending, I tried to be realistic at how the ending would be and on that count, Cheese in the Trap (unfortunately) delivered.

It’s a shame because had the drama continued the way it started, it would have been one of the year’s best, hands down.

But I do wonder, having read the webtoon, if you feel that this has influenced your perception of the drama? I came into this drama blind and despite many of its flaws, I enjoyed the drama up until episode 14. Even though the drama lost focus after about 7 or 8, I still found it much better than many other K-dramas. 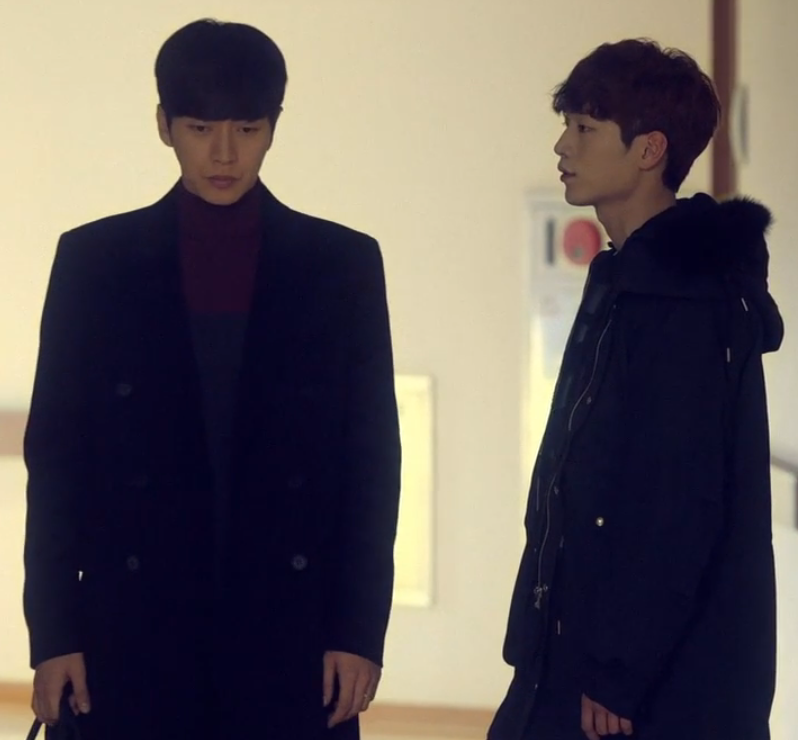 Vya: Reading the webtoon did mean that I was a lot more invested in the drama — these were characters that I already knew about and liked. However, after the first two episodes, I stopped associating the drama with the webtoon because the drama was so good on its own, in terms of casting and writing.

But it’s not like the knowledge I had from the webtoon stopped existing, which is probably the reason why I was okay with Jung’s temporary disappearance — he’s gone for a big chuck of the webtoon because of his internship. And I wasn’t as hung up about the lack of his emotional growth at first either because I could back fill with what I already knew from the webtoon — many of the flashbacks they showed in the last episode are from earlier seasons in the webtoon.

I’ve wondered if this wouldn’t have been better as a 20 episode series and that’s partially because as a webtoon reader, I know a lot of the side plots and events that were cut out of the drama version. There’s more material that could have filled in those extra episodes which would have added to the story, and might have resolved a lot of adaptation issues — e.g. Seol/Jung constantly fighting, Jung’s childhood/his father, his emotional growth. Plus, two episodes centered on In-ho out of 20 might not have been as problematic.

As you said, what ultimately did the show in was the messy writing. The writers could have still bungled it up with more episodes, plus the webtoon’s author Soonkki would have likely been more upset that they had copied even more heavily from the webtoon. Honestly, the drama’s end was so lazy and incomplete that I can’t help but wonder if they cut out the ending they had filmed because Soonkki raised such a fuss about how they had copied her intended ending for the webtoon (and so the drama would ruin it for her readers). Or maybe I’m just still in denial that the drama screwed up the ending quite this badly. 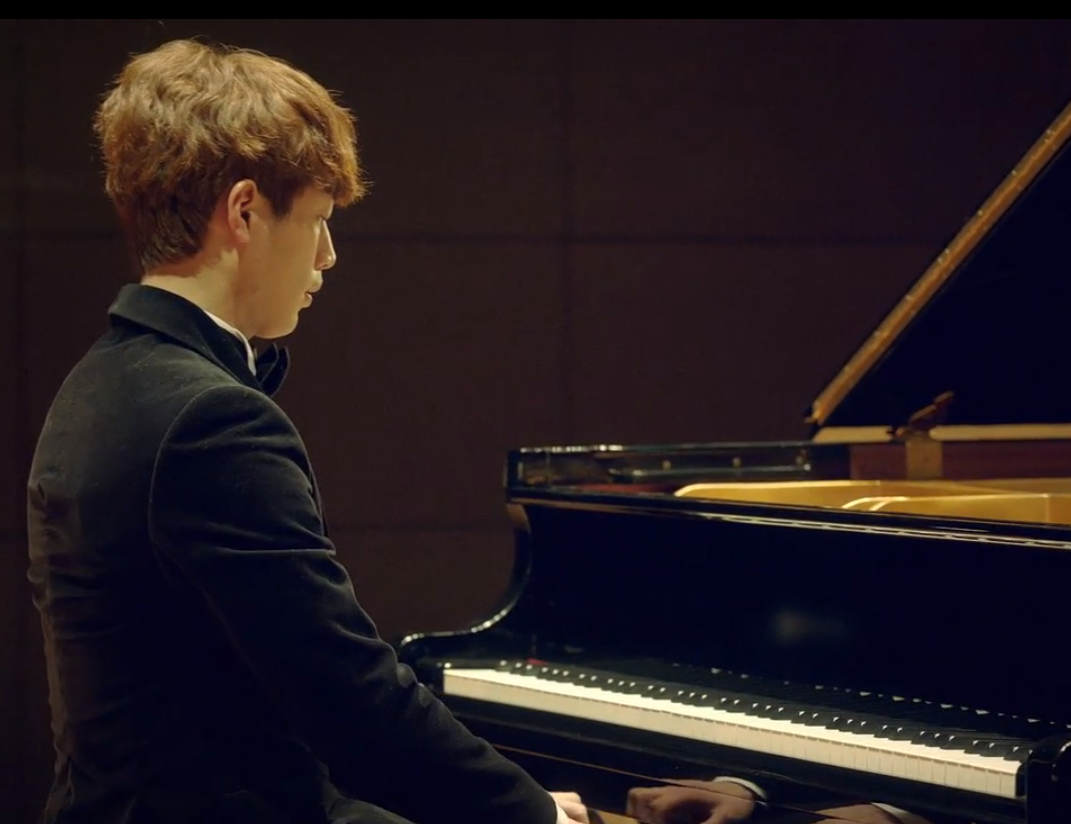 Laverne: I definitely think that viewers of the webtoon excused Jung’s lack of growth more than non-webtoon viewers. Because the drama didn’t flesh out why Jung acted the way he did, it was very hard for me to root for him. At a certain point in the drama, I found him completely irredeemable. This may have been why his lack of presence didn’t affect me as much as other viewers — I didn’t care about him being endgame with Seol so him not being around didn’t bother me.

Vya: I can only guess that the writers were too focused on the central plot (Jung as enigma), and maybe weren’t yet sure about the ending when they started production. So they once the drama passed the webtoon plot-wise, the writing started coming apart. They did a good job staying consistent to the webtoon’s tone for existing plotlines — for example, the drama’s version of what happened with In-ho’s hand and Jung’s role in it is believable, even though it hasn’t been covered in the webtoon yet. But when it came to creating an end, and a catalyst for Jung’s reformation, they just didn’t put down the foundation early enough for it to feel organic.

It’s tricky in situations like this where the source material is on-going – sort of like with Game of Thrones — but a big part of that production’s strength is how involved the original author is in the drama adaptation. We know now that wasn’t the case with Cheese in the Trap, and I can’t help but feel that the drama suffered for it.

Laverne: As a former avid Game of Thrones watcher and reader, I’ll have to disagree with you on that point. But at least we agree when it comes to Cheese in the Trap: what once began as a masterfully-crafted drama full of intrigue and vivacity has ended on a rather disappointing note.

Readers, what are you thoughts on the end of Cheese in the Trap?