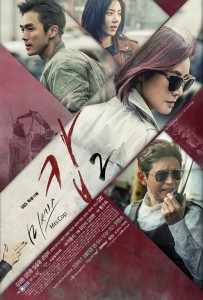 Following the solid reception of the first season of Mrs. Cop last year, SBS had decided to follow up with a second season of the ahjumma-centred action series, kicking off last weekend. Given the success of the first season, it was a shame that pretty much the entire main cast, apart from Kim Min-jong, had declined to reprise their role. On hindsight, though, this may be for the better since plot-wise it would have been pretty difficult to try and negotiate the dynamics of a half-new-half-old team. And with Kim Sung-ryung replacing Kim Hee-ae as our bad-ass ahjumma cop, season two should have no problem delivering — or at least I hope not.

Perhaps because its predecessor was so good, Mrs. Cop 2 has got some pretty large shoes to fill. The first two episodes of the series were fairly stable, with time spent primarily introducing its key characters. Similar to Choi Young-jin’s team in season one, Lieutenant Ko Yoon-jung’s (Kim Sung-ryung) team finds a trusty senior in Detective Bae Dae-hoon (Lee Joon-hyuk), a fresh and eager rookie maknae in Kang Sang-chul (Kim Hee-chan), a problematic stiff-neck in Oh Seung-il (Im Seul-ong) and a capable but inexperienced officer in Shin Yeo-ok (Son Dam-bi). But rather than a team of competent crime-fighters like that of season one, Yoon-jung’s team feels a little more like a bunch of good-hearted but random people in uniform. It is going to be interesting watching how Yoon-jung trims them up with her years of experience and expertise.

Meanwhile, not only is the team markedly different from its predecessors, Yoon-jung herself is clearly different from Young-jin, at least outwardly. Where Young-jin had been careless and blase about fashion, Yoon-jung looks like she just walked out of a fashion magazine. And where Young-jin had struggled to make time for her daughter, Yoon-jung does not — for now, at least — seem to have any problem juggling work and family. Finally, where Young-jin has worked her way up the ranks with street cred, Yoon-jung is made to seem like she had climbed the ladder riding on her husband’s (Jang Hyun-sung) coattails. All these differences make for an interesting premise because if the snippets of flashbacks are anything to go by, Yoon-jung and Young-jin are more similar than what meets the eye — and it will be exciting to see how all this pride and prejudice gets stripped away — Section Chief Park Jong-ho (Kim Min-jong), I’m looking at you. 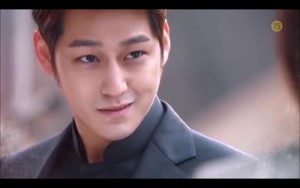 Apart from the introduction of characters, the first two episodes also spend a substantial amount of time setting the scene and tone for what is to come. Indeed, one of the first things that the audience notices in this second season is the more comedic tone with which the drama seems to be going, in comparison to the first season.

The first episode opens with our heroine trying to bargain her way into getting dirt-cheap rent, complete with theatrics and light, comical music playing in the background. This serves as a mere taste of what is to come, as even more scenes that could potentially have been more serious are peppered with comedic elements. Particularly with the portrayal of Yoon-jung, there is no doubt her character plays up an air of frivolity. The interview between Yoon-jung and Detective Bae in the second episode actually verges on ridiculous — an hour of silence and then she decides that oh hey, I wanna work with you. Really?

But as mentioned previously, apart form the generally humorous stance of the first two episodes, serious moments are apparent, cluing the audience in to the main complication of the plot. Kim Bum plays our main villain, Lee Ro-joon, and boy, is he creepy. The rich (aren’t they always) young master of the EL Capital group, Ro-joon is clearly a sociopath. Not only does he kill without a qualm in order to achieve his goals, his intimidation techniques are also incredibly chilling — what kind of person demonstrates the importance of wearing a helmet in a construction area by full-on whacking the said helmet with a hammer while the helmet is actually on another person’s head?

It is at this juncture that the plot thickens. Before, we had already been given glimpses into two particular cases — the 2010 Bun-Dang Female College Student Murder Case for which a wrong man was convicted, and a year-old unsolved murder case. Given the knowledge that Ro-joon is the actual perpetrator of the unsolved case, the audience is left to wonder if he, too, is responsible for the murder of the college student since the weapon had been a hammer — something that Ro-joon seems to be very fond of. And of course, this is where the second episode leaves us hanging for the whole of the next week before episode three airs. 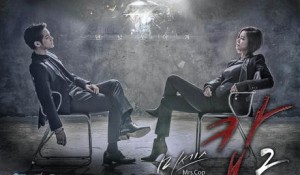 While cliffhangers are inevitable, however, what is interesting about this drama is the fact that it is, more often than not, quick to provide answers to the questions that it poses. For instance, light is quickly shed upon the reasons behind Yoon-jung’s divorce and similar with Ro-joon, there is no room for any doubt at all that he is responsible for a great number of unsavoury deeds. This is great because not only does this give the plot a definitive arch, it also helps in ensuring that it won’t have too many questions and too little time left to answer them, as has been the case with many dramas before.

Overall, the series has obviously taken clear measures to differentiate itself from the first season, and in a good way. It also seems to have set up pretty promising premises for complication, action and resolutions; the only concern would be that it does not go any further with the slightly-theatrical and comedic touch since it is, after all, supposed to be an action series. Nevertheless, I have high hopes for this season. Also, a little bit (or a lot) of Kim Bum never hurt anyone.

What did you think of the first two episodes of Mrs. Cop 2?