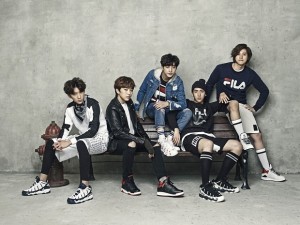 We had the opportunity to see VIXX in Orlando, Florida, so check out our review of their concert!

In fashion and TV topics, we took a look at our favorite performances from last week’s music shows and photoshoots with wedding attire.

Our Sunday Social looked at the heart bangs hair trend, and our Chat Box returned to discuss recent comebacks. Our Roundtable covered our thoughts on fanfiction, and our Week in Review segment summarized the news from the past week.

Per usual, I’ve chosen a some comments to highlight below: 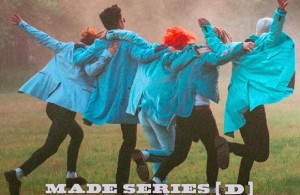 I do wonder how much MADE has been influenced by the ongoing tour, and whether some songs have been done with more of a focus on concerts rather than creating good hooks to listen at home; ie. Sober lets Daesung play drums, BBB is meant to be better than FB for a live concert anthem, with Zutter GD & TOP get something new to mess around with after the same songs for 5 years and the lack of neat electronica style songs is due to wanting to sing with a live band & not mess around too much with vocals.
I agree that LNFIL has issues,but I don’t tend to to think it’s GD not fitting in (he still has great chemistry with them on stage). I think it’s just that for some reason (Daesung’s rumoured vocal problems? YG not liking Seungri?) he’s been singing too much on this album. His voice is great solo, but I’d rather he stuck more to rapping in Big Bang.

llamalova on The Wonder Girls ‘Reboot’ Right Back to 1987

The Wonder Girls, deserve a standing ovation, not only for an album that I personally give 5 huge stars, but for having the bravery to come back as a band, which will (and has) open them up to a bunch of skepticism, and second guessing. They could have easily relied on what a lot Kpop groups rely on these days, which is “the same old same old,” with a sexy a concept but crappy forgettable song, or super intricate choreo but crappy forgettable song….which, will sadly still be popular and win them awards and 1st places, because the majority of Kpop fans eat that shit up. Not many groups are challenging fans to open their minds musically. In the face of losing (which I’m sure wasn’t a surprise to them) two members and then to take on the challenge of being a band….these ladies get all my respect. I hope Reboot is a major success.

I myself had somewhat of an experience with fiction-based fanfiction before getting into Kpop. It was something I avoided at first, but through events I don’t really remember clearly I got sucked in. Like Camiele I also had a hard time finding fics that met my standards–and I usually ended up finding a few authors I liked and just waiting for them to write new stuff. 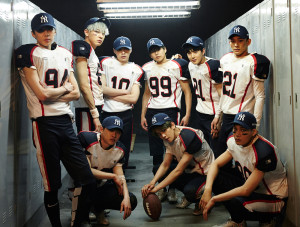 One thing I’ve found myself running up against is that most fanficdoms have a shelf life. They’ll be the initial dry period where cliche’s dominate, the renaissance when you’ll see a sudden expansion of the scope of alternate universes and characterizations, and then the slow death as new tropes get codified and done to death. I came in just on the tail end of SHINee ficdom’s renaissance, and unfortunately I think that EXO (the other fandom that I follow heavily) has plateaued and is on its way down.

As for my own work it’s…sparing, a short oneshot mostly founded on nostalgia and a drabble on tumblr that I hope to someday turn into a long fic. The wall I run against is often that, considering that Kpop fanfic doesn’t have an established universe–I have to do a lot more research than I’m prepared to tackle. Often, the ideas I have end up running away with me and I’m just to intimidated to even start. I do love editing though (translation: I love destroying people’s hopes and dreams), and I think it would be fun to be a member of a group like Chelsea is.

As for preserving the boundary…I try my most to do that in my own fic, going so far as to change even the gender of a character (I’m pretty sure everyone realizes EXO isn’t a dystopian gang of queer female hoverbikers, or at least I hope so.) As a general rule, I think a good fanfic has to make me care about the characters more than the people they’re based on. Characters shouldn’t be meat puppets to move around to the author’s whim (and this is why I hate +you fics); if they are it’s bad practice, a problem that goes beyond the Kpop fanficdom.

I’m always a little surprised when I see people in the kpop fandom being so nonchalant about fan fiction. Not because I didn’t know it existed, but because of the content and nature of it. I’ve been reading (and writing, to a lesser degree) fan fiction since about 2008, but none of it has ever been kpop related, or anything written about real people for that matter. The idea of fan fiction being about real people isn’t a foreign concept to me, but rather it’s something that I’ve always been told by other writers is taboo.

Writing fan fiction about books and tv shows is one thing to me; characterization of fictional characters is always up to constant debate. No two people have the exact same idea of a character’s personality. It’s also fun to explore ideas of what could have happened in a plot if something hadn’t gone wrong/right. For works of fiction anything is possible. 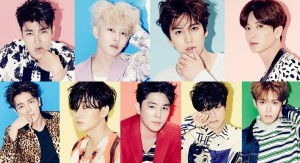 I have never been able to see how you can do the same to real people. Regardless of any onstage personas they create, it’s still going to be an aspect of their real world personalities. I can’t comprehend how someone can try to twist or bastardize someone’s actual personality like that. Also, while shipping is extremely common in fan fiction, shipping two real world people together is a little messy. Liking the idea of two people dating isn’t so bad; you can think their personalities match or that visually they would be a striking couple. But I think some fan fiction writers go too far with the smut. I always think of what these people think when they hear (or even, in some cases read) about these pieces. It’s mind boggling to me. I wouldn’t want to read that sort of thing about myself.

Now, while the communities I was in when I was 13 looked down on fan fiction about real people as cruel and even as a lesser form of writing, I have no idea what the community is like now. Although I still sometimes write, I try not to get too involved. So, all this being said, I am in no way trying to shame those who write or read kpop fan fiction. It’s just confusing to me after years of being told that it was wrong, finding a community that embraces this so openly. I am honestly curious as to what kpop writers think of all this. I’m sure there are some very talented writers in the community (as with any fandom) and I do really want to know their stance on this view.

I think we enter tricky territory when we think fictional characters are purely fictional. Such purity assumes that the author does not borrow from the experiences (s)he has in his/her life and everything (s)he writes is from an untainted, uninfluenced realm of creativity. But even if you take ‘proper’, high-brow literature, you will still notice a constant negotiation between the fictionality of a character and the inevitable borrowings from reality that the author ends up making. 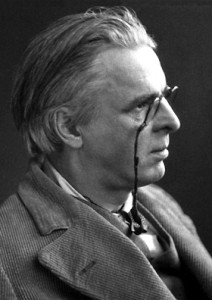 For example, W.B. Yeats and his muse, Maud Gonne. Almost each of his love poems is dedicated to her. It is in many ways a series of fanfiction on her but it is not only that. Once put in a text, Maud Gonne becomes a character and her ‘realistic’ depiction is compromised and rendered unnecessary. Yeats is not ‘bastardaizing’ or ‘twisting’ her actual personality because a) the personality from the very beginning is the perception of the author and b) Maud Gonne becomes a character, a literary device, an idea.

RPF is not much different (or at all) from any other fanfiction for at the end of the day, I can argue that those other authors are not dealing with fictional characters but real personas who have heavily influenced the creation of those characters. They are ‘twisting’ and ‘bastardizing’ actual personalities of people who have an uncanny similarity with the character, under the protective umbrella of a fictional name.

Characters in any fanfiction are always real people in a fictionalized setting, and as long as that distinction is maintained with as little blurring as possible, pretty much all fanfiction — smut, RPF, anything else under the sky — is good enough to exist and be discussed.

Thank you all for continuing to read and engage with our content. We very much appreciate it!