The Sunday Social, 8/9: Wear Your Heart On Your Bangs!

If you are keeping up with your viral trend readings, then you may already know what the above heading is referring to. Western media has recently discovered a new Korean trend — heart hangs. It involves curling the middle hairs of one’s fringe just enough that, when touching, they form an upside-down heart.

This hairstyle, called 하트앞머리 (heart-bangs hair), is mainly a social media meme, with the hashtag on Instagram being chockers with young women — and men — showing off their curled fringe. According to Kotaku, the trend was started by young women in the fashionable Gangbuk district of Seoul.

As you can see from the time stamp in the post above, this trend has been going on for weeks before us English-speakers found out. Though, Yahoo has pointed out that Sailor Moon‘s been rocking the look for decades; and all those ’90s boy band and girl group members came awfully close, too, as did the Rachel. 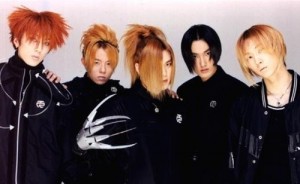 The heart bangs trend has mainly been a cute and fun internet joke, but I wonder what will happen now that it has gone mainstream? Hopefully, the joke doesn’t get run into the ground, but I can just see fans commenting on their bias’ social media accounts with requests. This could be the new ‘gwiyomi,’ folks. Whether the idols and other Hallyu celebrities will jump on the bandwagon, though, remains to be seen (they totally will, if they aren’t already).

Readers, what do you think of the heart bangs style? Do you think your favourite idols would try it, if they haven’t already?