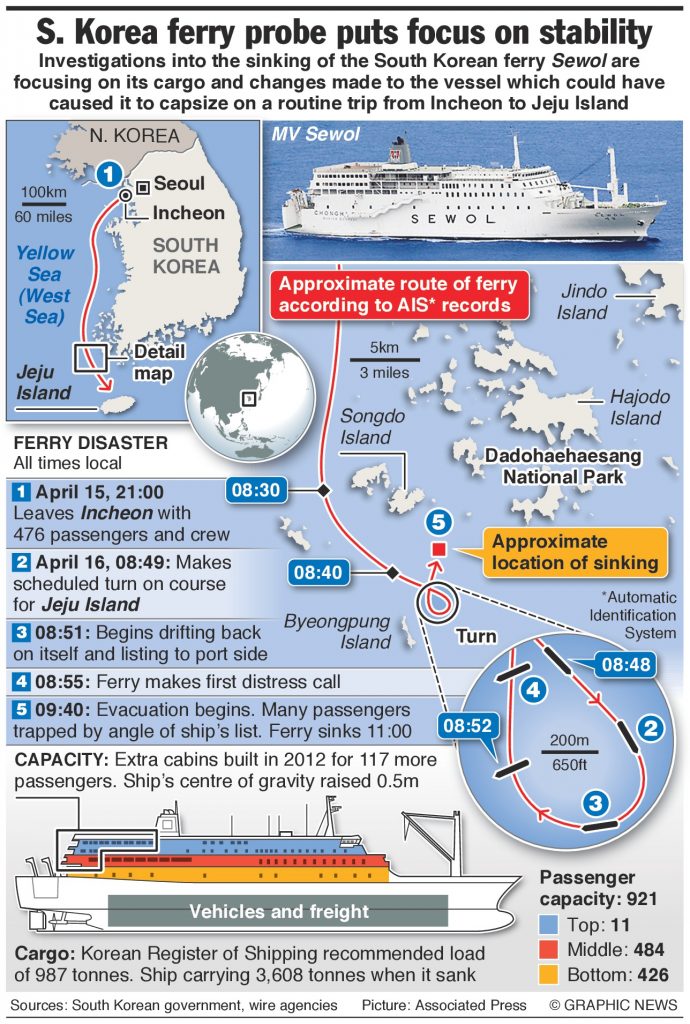 Today marks three years since the sinking of the Sewol ferry, as it journeyed from Incheon to Jeju Island. An ill-judged turn led to the capsizing of the vessel. Though it was initially reported that passangers had been safely evacuated and rescued, it was soon revealed that this was not the case; as the nation descended upon the location of the sinking, and divers (celebrity and otherwise) lent their services, the death toll eventually crept up to 304. Many of the dead were students of Danwon High School, on a school trip to Jeju. The sinking is now remembered as the biggest maritime disaster for the country.

As the entire nation mourned, the calls for accountability increased. The captain of the Sewol at the time of the sinking, who had abandoned his post instead of overseeing the evacuation effort, was sentenced to jail time, along with a number of the crew. The chairman of the Sewol‘s operating company, which had been accused of negligence in carrying out proper safety training, repair, and maintenance, was found dead a few months after the tragedy.

The Park Geun-hye administration also weathered harsh criticisms of their conduct in both the rescue effort and subsequent investigation, the most outrageous being the seven hours following the sinking in which President Park was unable to be contacted. The government’s response to the incident became one of the key factors in Park Geun-hye’s impeachment late last year — in fact, it was recently reported that the fabled Park administration blacklist was first created to track artists criticising the government’s handling of the matter. The raising of the sunken ferry for further inspection appeared to also be a rebuke of sorts; place after years of inaction, the event coincided with the decision by the Constitutional court to uphold Park’s impeachment.

As examination of the Sewol wreckage continues, presidential candidates in the upcoming election have put out promises to better enforce the country’s already adequate safety policies. Current Acting President, and Prime Minister, Hwang Kyo-ahn, also stressed the importance of public safety at a memorial service.

Of the 476 passengers on the ferry that day, nine are still unaccounted for. As we remember the victims of this tragedy, our thoughts are also with the families and loved ones of the missing, in the hopes that they will soon be given the closure they seek. 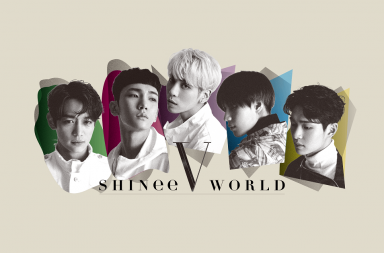