By now, many of you will have heard of the recent scandal engulfing South Korea’s first female president, Park Geun-hye. President Park is under fire for the unprecedented level of access and influence her personal confidante, Choi Soon-sil, had on official matters, despite holding no position in Park’s cabinet. Park issued an apology on the 25th, but it has not quelled public calls for her resignation or impeachment, with massive protests taking place over the weekend.

Ask A Korean! has a very thorough piece explaining the full history leading up to this week’s events, but a summary is provided below:

As we have covered on Seoulbeats, Park Geun-hye is the daughter of the country’s third president, Park Chung-hee. A controversial figure, an attempt on his life in 1974 by a North Korean spy resulted in the death of first lady Yuk Young-su, who was hit by the bullet intended for her husband. Following her mother’s death, eldest child Park Geun-hye returned from her studies abroad and assumed the role of first lady.

A few months later, she was contacted by Choi Tae-min, the founder of Korean cult who claimed that he was psychic and could communicate with Yuk Young-su’s spirit. Choi Tae-min thus forged a friendship with the grieving 23-year old, and came to wield immense influence over her. He was even referred to as the ‘Korean Rasputin’ by former US ambassador Alexander Vershbow in 2007, in a confidential report that was released by WikiLeaks in 2011. 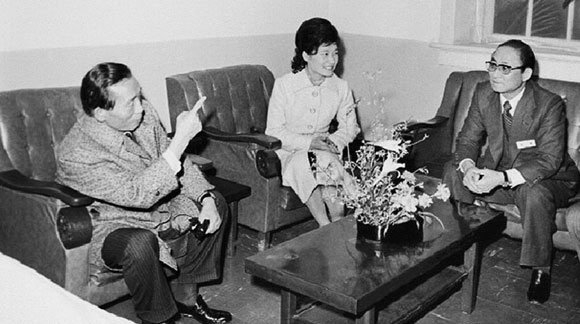 Following her father’s assassination, Park Geun-hye’s name was used to prop up charities that acted as fronts for Choi’s slush funds. In 1990, she embarked on her own political career. When Choi Tae-min died in 1994, his fifth wife’s daughter, Choi Soon-sil, took over the role of cult leader, as well as that of Park’s ‘Rasputin.’ Their relationship was brought up during Park’s campaigns, but the politician dismissed concerns, stating that her personal confidants were not involved in official matters.

It has since been revealed that Choi Soon-sil was very much involved in the running of the country. She would regularly receive thick piles of confidential documents, some even 30cm (1 foot) high, and pore over them with her own confidants before sending them back to Park with comments that would then be incorporated. Keep in mind that Choi Soon-sil was not a public servant, nor an expert on many of the matters on which she commented.

It is also thought that Park’s sometimes grammatically nonsensical speeches were a product of this meddling, not to mention the content. Choi’s thoughts on North Korea relate to her so-called prediction of the dictatorship’s fall in 2017, and may have shaped the actual current governmental policy on North Korea. And Park’s most recent speech before the scandal included mention of amending the constitution to allow presidents to serve multiple terms. Currently, presidents serve one five-year term as per a 1987 amendment put in place to prevent dictator-style regimes from taking root.

Park is also believed to have relied on Choi and co. for spiritual guidance, with reports of ritualistic elements being incorporated into official events and ceremonies, and heeding advice on what colour clothing to wear. Perhaps the most chilling claim, though, is the influence of Choi on Park during the Sewol Ferry tragedy in 2014. Park could not be reached for seven hours at the time, and there is speculation that she had spent that time attending a ceremony commemorating the 20th death anniversary of Choi Tae-min. Even wilder speculation suggests that the tragedy was in some way induced as a sort of human sacrifice dictated by the cult.

Common sense and decency would tell us that such a thing would be preposterous; but as Ask A Korean! noted, the incredible nature of this scandal — whereby a politician’s corruption isn’t caused by greed or self-interest, but by the brainwashing from a pseudo-religious quack and his equally quacky daughter — it feels like nothing can be ruled out.

Those identified as being part of Choi Soon-sil’s personal council include her wannabe-fashion designer gigolo (Park has worn his cheap accessories at official engagements), businessman and former Olympic fencer Ko Young-tae, and CF and K-pop MV director Cha Eun-taek. Cha’s credits include a bunch of T-ara MVs and Lee Hyori‘s Monochrome videography, 2NE1‘s “Go Away,” and Psy‘s “Hangover.”

According to The Korea Herald‘s Kim Hoo-ran, Cha has benefited greatly from his association with Choi; in addition, his rise to prominence within the industry, his positions at a number of governmental cultural organisations like the Presidential Committee for Cultural Enrichment, the Creative Economic Initiative, and the Milano Expo Organising Committee are also said to have been gained through his connection.

In fact, it is claimed by a former head of the Korean Tourism Office that he was sacked in 2014, after refusing Cha the Milano Expo gig. And in turn, Cha Eun-taek has apparently also been able to use his influence to help those he knows, such as the appointments of his former professor as the Minister of Culture (now former), and a relative as a senior secretary for education and culture.

Cha Eun-taek is just one part of the larger exertion of control over the country’s cultural sector, which saw the relevant government officials and agencies sidelined by Choi Soon-sil. Her influence is now being linked to the sackings of a number of officials, the reinstatement of a blacklist of entertainers based on criticism against the government, controversy surrounding censorship by Arts Council Korea, the forced mass resignations of senior Cultural Ministry officials, and the interference at the Busan International Film Festival, which led to a battle for artistic autonomy that has been documented worldwide.

Director Lee Jeong-guk noted that government censorship was on the rise, but like many attributed it to Park Geun-hye herself; the common consensus was that she may have been influenced by her father’s time as president. The truth, though, turned out to be something else altogether. As Democratic Party of Korea chairwoman Choo Mi-ae stated:

This isn’t even a dictatorship. It’s a terrifying theocracy.

Indeed, it is terrifying to think of the machinations that influenced what art and culture was able to be funded and promoted in South Korea, and in turn consumed by everyone, including us international fans. We, however, are not affected to anywhere near the same degree as Koreans; in fact, I would wager that the aim of reaching a wider global audience was likely used as an excuse somewhere along the line to censor an artist’s work.

There’s also the matter of entertainment-related scandals. It has long been believed that juicy gossip items, like Hallyu hook ups and break ups, were kept in reserve, and doled out whenever a political scandal hit the airwaves, in an attempt to distract the public from more serious matters with something salacious. But in light of recent events, doesn’t this possibility now seem more likely?

We can call these conspirational thoughts preposterous, yes. Then again, no-one expected the entire cultural sector to be in the hands of a sham cult heiress.

So, what now? Choi Soon-sil was already under investigation, for allegedly using her influence to get her daughter, Chung Yoo-ra, accepted into the reputable Ewha Womans University. Choi and her daughter fled to Germany; but Choi left behind a tablet containing a number of classified government documents, and her comments on them, that was later found in her offices by cable network JTBC.

The tablet was not encrypted, and had little to no security, allowing for easy access to its contents. It’s the discovery of the 200-plus confidential files within that have led to this scandal coming to light. The investigation has now been extended to the files found, as well as into two non-profit arts and culture organisations Choi Soon-sil founded, Mir Foundation and K-Sports Foundation, that may have been set up with the help of Choi’s influence, and used as fundraising vehicles for her schemes.

In an exclusive interview to Segye Ilbo, itself the product of a cult, Choi issued an apology, saying she didn’t realise her actions were criminal. She also claimed to be seeking treatment for ‘mental shock’ in Germany, and will not be returning home in the immediate future. Authorities are looking into options for summoning Choi back to Seoul, including extradition. Cha Eun-taek, who is also said to be involved with the Mir Foundation, is apparently in China right now, and is likely also avoiding returning to Seoul. Questioning of Choi’s other associates is already underway.

Meanwhile, reports are starting to surface detailing links between those being investigated and others active in the entertainment industry, especially Hallyu stars. Actor Park Hae-jin‘s past photo with Ko Young-tae is one such example, with the actor’s reps calling the rumours of close ties between the two “malicious rumours.” I think we can expect more of these kinds of articles being posted in the coming days and weeks, especially if a substantial connection to Choi Soon-sil and/or her associates are uncovered. The idols who have worked with Cha Eun-taek in the past — T-ara, Lee Hyori, 2NE1, and more — are likely to be mentioned in the media, too.

Park’s apology has not appeased the public, and tens of thousands of people are protesting this weekend, demanding her removal from office. In turn, Park has instructed her senior secretaries to resign, though it appears she has no intention of doing the same herself. On a personal level, I feel incredibly sad for Park Geun-hye, for the way she was targeted during an emotional period in her life and cruelly used for others’ gain; but that is dwarfed by the ramifications of these actions felt by the nation as a whole.

Park Geun-hye has not only lost the trust of the people, it is now not clear if she ever had the capability to govern in the first place. Being a political puppet is one thing, but someone in a position like Park’s is simply unfit to lead the nation.

As protests continue, and Park remains in office, it remains to be seen how exactly this issue will be resolved. My only hope is that whatever conclusion is reached, it is reached peacefully and without violence.