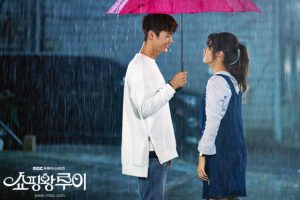 ve a kind of love-hate relationship with the tropes of the romance genre. Despite griping about endlessly recycled material, people keep coming back for more time travel, medically inexplicable amnesia, and perpetually evil parents. There is one aspect of the drama formula, however, that I believe even die-hard fans may be growing weary of seeing: the tormentor trope.

See if this story rings any bells: boy is awful to girl, girl falls for boy, boy is magically altered (though not always completely) by the magical power of love. This character cliché has been a staple of the genre for as long as anyone can remember, rearing its ugly head in shows such as Monstar, Jeju Island Gatsby, and Cinderella and the Four Knights, though truly reaching its peak form with the curly-haired menace that is Gu Jun-pyo in Boys Over Flowers. Some dramas throughout the years, namely Coffee Prince and Flower Boy Next Door, have dared to break the mold and shoot for supportive love stories, yet the tormentor trope remains a staple in drama writing to this day. Then, suddenly, in comes Shopping King Louie. This drama has taken the tired romance formula and completely turned it on its rear, providing a refreshing change of pace and a delightful viewing experience. 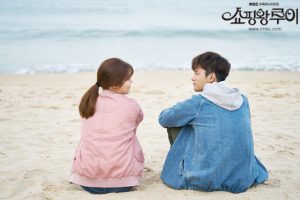 Shopping King Louie is the story of an overly-sheltered heir to a vast fortune who, in a plot masterminded by his power-hungry uncle, loses his memory and becomes smitten with his savior, a poor country girl looking for her runaway brother. With plot points pulled straight from the drama stock pile, it has all the makings of one of the most cliché dramas ever created, but what keeps it from entering too far into that territory is the nature of the lead dynamic. The character of Louie, played by Seo In-guk, could not be farther from your typical Jun-pyo jerk. From day one, rather than showing his supposed undying love through various means of emotional torment, Louie wears his earnest and true heart on his sleeve. There has possibly never been a better example of “puppy love,” as Louie follows around Go Bok-sil, played by Nam Ji-hyun, like a love sick pup, begging for affection and, well, food.

Though the lifestyle to which Louie is unknowingly accustomed leaves him with a kind of cluelessness and tendency towards impulse shopping that can be a burden to the already struggling Bok-sil, he tries his best to mature for her sake. For example, after receiving yet another lecture about his lavish spending, Louie attempts to become more frugal in expressing his feelings, opting to buy Bok-sil one single orange rose instead of a designer handbag. Even once he discovers his wealth and status, he uses it to be as generous as possible with the ones he loves, even going so far as to wrap up half the items in his mansion and give them as tokens of his appreciation to those who helped him in his time of need. Apart from just material offerings, Louie also supports Bok-sil in her career efforts, helping her brainstorm product pitch ideas and dancing ecstatically in the streets upon hearing about her contract offer. 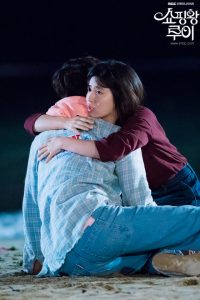 It should be noted that this is also not an unbalanced relationship. Bok-sil is equally as devoted to Louie, doing all she can to help him regain his memories and introduce him a world he has never known. When Louie is hit by a sudden flash of memories at the beach in Busan, Bok-sil is right by his side to provide a warm embrace and comforting words. When Louie strains every muscle in his body on his first day engaging in any sort of physical labor, Bok-sil is ready with the pain patches. And in perhaps the most adorable drama montage in recent memory, Bok-sil is there to share in Louie’s excitement as he experiences the magical world of Korean saunas and instant coffee. Through both good and bad times, laughter and tears, both characters know they have someone to turn to. As Bok-sil says herself, “I’m just happy to know that someone is on my side,” a sentiment to which everyone can relate.

Now, this kind of mutually respectful relationship may not provide the kind of amped-up tension that many viewers crave out of their drama-watching experience. However, it also does not enforce the kind of unhealthy expectations that the tormentor trope represents. Telling viewers that enduring time spent as an emotional punching bag will eventually lead to a happily-ever-after is a dangerous idea to present, especially when so many drama viewers these days are young and gather their romance references from the media they consume. Supporting this idea is somewhat akin to telling young children that their bullies treat them like garbage because they harbor a secret little crush.

Does this deviation from drama formula mean that Shopping King Louie is completely free from the traps of predictability? Absolutely not. In fact, the previews for episode twelve would lead us to believe that the show is about to delve into an extreme double amnesia plot that induces nothing but the hardest of eye rolls. However, something about this drama has sent it higher in the ratings ranking every week and it stands to reason that the completely sweet and supportive romance between the two endearing main characters is that driving force. Of course, not all dramas can be as wholesomely cute as Shopping King Louie, but here’s hoping the future of dramas can be similarly free of the tormentor trope.