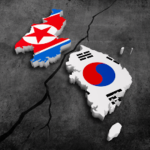 It’s hard to be a K-pop fan and not learn at least a little about other aspects of Korean culture. Some fans begin to immerse themselves in Korean culture, food, traditions, and current events just as much as they immerse themselves in the bands. Broadly speaking, political shifts can affect the state of the music industry, and with the exception of fans well-read in current affairs, a majority of the K-pop demographic picks up on these changes without the actual context and atmosphere of events. In recent times, there have been some significant issues that have involved Korea, and in some cases, these issues have also drawn the attention of South Korea’s neighbors. These are: the controversy over Dokdo/Takeshima (ongoing), the election of Park Geun-hye, South Korea’s first female president, and most recently, threats of war from North Korea.

If there ever were a time for K-poppers to turn their attention to happenings in the world’s political landscape, this would be it. An all-out war between North and South Korea is devastating and quite unthinkable — surely also a last resort for both parties — but the North is making it clear that they intend to go this route if attitudes between both territories don’t change.

Beginning with nuclear missile “tests” from some months ago, leader Kim Jong-un has evidently been pushing the envelope. In response to this, the United Nations — with support of North Korea’s allies — swiftly placed sanctions on the territory. However, despite these efforts, Kim Jong-un and his regime have remained largely volatile. 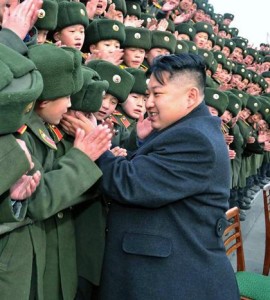 So far, North Korea has threatened preemptive military action against both the United States and South Korea, along with a threat to annul the armistice (an agreement, made at the end of the Korean War in 1953, to end hostilities). Although these threats were disconcerting, it wasn’t until North Korea cut the emergency communication lines with South Korea on March 11th that it was considered an official nullification of the armistice. In its history with South Korea, North Korea has on occasion declared the armistice invalid. Such instances were derived from South Korea’s cooperation with the US in military exercises — much like what is happening now — which goes to show that such treatment is not absolutely representative of war.

However, because this sort of posturing behavior from North Korea isn’t anything out of the ordinary, even the dismissal of the armistice isn’t cause for panic. South Koreans who work in North Korea are still being allowed to cross the border and the military hotlines between the countries are still in place, even if the public ones are now closed. Throughout the 2000s, North Korea has made threats against South Korea; minor acts of aggression have been committed, and it’s likely that recent events will bring about more small skirmishes (as opposed to a bombing, or even invasion, of Seoul). Despite these assumptions — with the added nonchalance of many South Korean natives — North Korea has undoubtedly made the international community uneasy.

As international fans keep an eye on the situation, it has been difficult to disregard the worst possible scenarios, and how any bad developments would affect the K-pop industry. First and foremost, K-pop artists are human like any of us. There may be little reason to panic now, but danger is still a reality when national peace and political stability are shaky. In that regard, citizens at the frontline, defending the country, are probably under the highest risk. This leads us also to consider the hallyu idols who are currently serving national service; special treatment aside, these mobile servicemen may experience actual deployment. 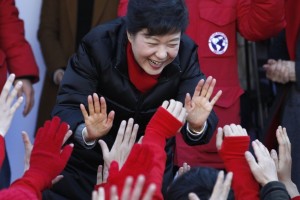 There haven’t been many music artists in the US that reach the fevered pitch of popularity and devotion that K-pop idols achieve, but if there were to be one example that is relevant in this situation it would be Elvis Presley. Not only did he have screaming fan girls following him wherever he went, but he was also popular during a time period during which the US still had a draft for the military. Elvis served his full two years and was not given special treatment when it came to training and military drills, however there wasn’t a war in progress at the time meaning he was in little real danger. If there had been real danger would his manager and producer have allowed him to stay in German? Or would they have found a way to bring him home without tarnishing his reputation too much?

This question is one that also applies to the Hallyu idols serving their time in Korea because they are in a similar situation. Although there isn’t war yet, and although the companies try and play it off like idols are serving their time diligently like anyone else, if violence does become a real possibility companies are more likely to find a way to keep idols away from it, no matter what. Popularity can be regained, reputation with the public can be regained, but if an idol were injured in a way that would keep them from performing all the time and money spent training them would be lost. Entertainment companies in South Korea would have to make the choice between making idols serving time look bad for not fighting when called on and protecting the idols from any physical harm, be it for the company’s gain or because they truly care about the person’s well-being.

Another issue faced by idols, in matters that involve current national affairs, is criticism for expressing their political views. As seen in the past, idols sharing their patriotism is frowned upon because it doesn’t always line up with the intentions of their industry and business — promoting relationships with countries where political sensitivity exists. For example, K-pop idols often try to reach into the Chinese market, but if North Korea an South Korea went to war China may not want to show public support for South Korean music artists as they are a strong ally of North Korea. An example of this slippery slope of diplomacy is the relationship South Korea has with Japan. 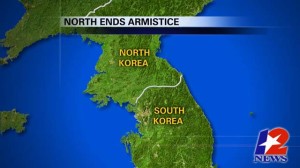 Last year on Gwangbokjeol, or Liberation Day (when Korea was liberated form Japan), the drama actor Song Il-gook was staring in was cancelled from Japanese TV because of his pro-Korean actions. Although the situation of a war would be different than this example, the expectation for idols and actors to keep their political opinions to themselves would likely be the same.  This is an unrealistic expectation to have of a person when their homeland is being threatened. During war-time emotions and patriotism run high, and since idols are simply humans like the rest of us it is unlikely entertainment companies would be able to stifle and control every political statement that came out of a famous person’s mouth.

If the worst were to happen and North Korea was to attack Seoul, we can only assume that the creation and exportation of K-pop would stop completely, at least for a time. However, if the war begins on the border and works its way toward Seoul, K-pop may finally become the political tool it has been theorized to be. Although K-pop may not be popular with everyone in South Korea, it does have a strong youth following especially — the perfect population to stir up patriotism in. Just because idols aren’t supposed to air their personal political views doesn’t mean the entertainment companies can’t release subtly pro-South Korea songs.

If there were a war, once any hostilities had ended my hope would be that K-pop fans would use their love for their idols and their impressive networking to put their altruistic donation work to good use and help victims of the war, as they so often help people in need when their favorite groups promote. There is no doubt that K-pop fans are an extremely organized, charitable, and passionate group of people who could raise tons of money for people in need if the situation were to arise. All that said, right now it doesn’t seem like war is inevitable, or even that likely, so we needn’t worry extensively at this time. The threats, drills, and supposed military actions Kim Jong-Un is taking are considered posturing and are simply fuel to feed the war propaganda machine in North Korea. Although North Korea has gone farther in terms of threats than they have in the past, the situation is still not considered serious enough to do anything other than watch and wait, so that is what the rest of us will have to do as well.

What do you think about this conflict, Seoulmates? Any readers living in South Korea now?