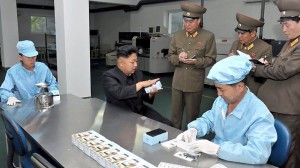 Perhaps unbeknownst to some of our readers — particularly among our critical living-beneath-a-rock demographic — there is currently a state of heightened military tensions on the Korean peninsula. Though actual combat operations by both North and South Korea have fortunately been limited in scope, the tense state of affairs in the region has manifested itself in many daily aspects of Korean life, from sports rivalries to pop culture. Recently, the rivalry between the two Koreas has spilled over into information technology with the unveiling of the North’s first smartphone, which it has named Arirang after the traditional folk song. Though the device itself is a fairly unremarkable, the North’s choice of name offers a fascinating glimpse into the underlying socio-cultural fabric of Eastern Asia.

To understand how Koreans view the song “Arirang”, it is first important to appreciate that the threat of military invasion has become a way of life in South Korea. Early in the twentieth century, the unified Korean peninsula was threatened by the rapidly increasing aggression of the Japanese Empire leading up to World War II. During the war, Korea was quickly conquered by Japan and became the site of many terrible atrocities by the occupation forces. Following the country’s liberation, it was then drawn into the then burgeoning cold war as a proxy battleground, eventually leading to the division of the peninsula that birthed an entirely new set of regional tensions. As a result, it should be no surprise that South Korea has developed a fascinating tradition of nationalist anthems, which provides for an interesting field of study. 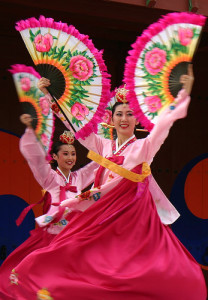 Officially, the national anthem of South Korea is “Aegukga”, a bombastic piece with extensive brass instrumentation whose name literally translates to “The Song of Love for Country.” However, it is the traditional folk song “Arirang” that has carved out the largest niche in the Korean cultural consciousness. In fact, the song is so strongly associated with Korean heritage that in 2012 it was added to UNESCO’s List of the Intangible Cultural Heritage of Humanity following extensive pressure from the ROK government. Interestingly, there is very little musically that sets Arirang apart from any other sing-song Korean traditional folk piece. That is to say, it is extremely simple in both form and execution and is fairly non-descript, even for a folk song. Lyrically, it does not relate to Korean nationalism, or for that matter, any subject in particular. Many scholars describe the words to “Arirang” as nonsensical, though the song is generally thought to be discussing a lover lost at Arirang pass. How is it that this one simple folk song could hold such cultural weight among the Korean people?

To understand this, it is important to first study the circumstances under which “Arirang” became part of the shared Korean cultural consciousness. Interestingly, nobody actually knows what era the song originates from, with estimates ranging everywhere from 700 CE to 1900 CE. What scholars do know, however, is that the piece first became popular amongst Koreans during the Japanese colonial occupation. As a result, it became associated with a quintessentially Korean national identity and, by extension, resistance against foreign imperialism. Were it not for the Japanese, “Arirang” would most likely have become a fleeting cultural fad, as opposed to, “a national archive into which the historical experiences and emotions of the Korean people have been deposited” (Atkins). 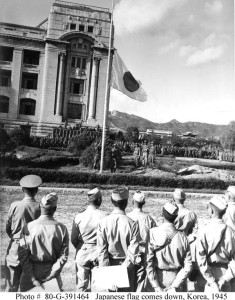 Yet even during this occupation period, “Arirang” was far more than simply an expression of Korean National identity. The song actually became a major pop music hit among audiences in mainland Japan during 1931, eight years before the onset of World War II. To the Japanese, “Arirang” both a statement of pan-East Asian identity and a reminder of a more simplistic past. During this time period, many Japanese associated Korean culture with a sense of melancholy or despondency, thus it was not difficult for them to connect “Arirang” with a sense of sadness and nostalgia for simpler times. Though the reasons for this cultural appropriation are highly complex, it is partially due to an appreciation for a musical aesthetic that transcends cultural boundaries. A similar trend can be seen today in North Korea with their choice to use Arirang as the name for the new smartphone. Evidently, “Arirang” is considered symbolic of Korean identity and is therefore a powerful symbol in both North and South Korea, despite the political tensions between those two countries.

In many ways, contemporary Hallyu could be considered a modern version of “Arirang”. Though relations between Korea and Japan are not nearly as openly hostile as they were at the turn of the twentieth century, the tensions between the two nations are still palpable. As evidence, one needs not look any farther than the intense economic competition between tech giants Samsung and Sony for control of the electronics market. The conflict carries over into diplomatic matters as well, with the increasingly bitter disagreement over The Liancourt Rocks / Dokdo / Takeshima. Yet, even with this intense regional competition, K-Pop and K-Dramas have managed to thrive among Japanese audiences. Likewise, there are reports that illegal copies of K-Dramas are highly popular in North Korea right now, and the hermit kingdom has even developed its own knock-off K-pop group. Though these three countries may not hold each other in the highest esteem, they still are able to appreciate a shared aesthetic of music and pop culture. The North Koreans and the Japanese enjoy the exact same cultural property that is considered infectious by the South Koreans as well. Perhaps this all goes to show that despite all of our cultural differences, people around the world are not nearly as alien as we might sometimes think.