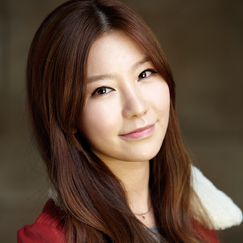 Prior to To the Beautiful You, who had honestly heard of J-Min? Do you ever find yourself wondering what happened to a group? Do you ever wonder why your bias group hasn’t made a Korean comeback in ages?

Well, for some, the answer is simple: Japan. Whether before or after debut, companies are whisking artists across the Sea of Japan to promote. Japan has become a perfect place to hide K-pop artists.

Now, companies aren’t really hiding the artists, but for a portion of K-pop fans, once they aren’t promoting in Korea, the groups’ activities are largely unknown. Separate web pages, fan sites, and fan clubs make it difficult to keep tabs on artists. Unless they are an ardent fan of K-pop or a stringent stan, people really aren’t going to be aware of non-Korean promotions.

In some cases, groups actually debut in Japan before they are even talked about in Korea. Before CNBLUE debuted, they worked and debuted in Japan. During that time, they performed at clubs and on the street. Their first album was actually in English and released in Japan. Another FNC artist, N.Flying, is following in their footsteps. 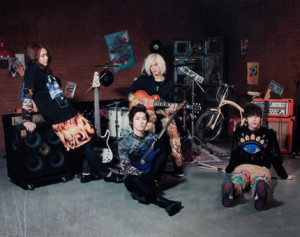 Crayon Pop also began their debut in Japan. In 2012, the group filmed and released the MVs for “Bing Bing” in Korea and Japan. The group did the same thing for their follow up single, “Saturday Night.”

J-Min has actually never released an official Korean single or album. Her albums and singles are all Japanese and the only Korean songs she’s released have been for OSTs. This is regrettable because she’s a great talent.

So, why do companies spend so much time focusing on Japan?

Promoting in Japan is a step in developing K-pop artists into internationally renowned artists. Many artists begin Japanese promotions after finding success in Korea. KARA found monstrous amounts of success in Japan, and other groups wish to follow. For example, Bangtan Boys just announced their intent on debuting in Japan this summer.

Other groups go to Japan even without success in Korea. Massive, 21-member group Apeace has been promoting in Japan since 2012, after only releasing one mini album in Korea. After seemingly dropping off the face of the earth, groups 7.9.4.2 and CROSS GENE have actually been in Japan, as well. These groups have been working at building a brand overseas.

It is understandable in some cases for groups to spend seemingly more time in Japan. This is particularly true in cases of bands. Japan is friendlier to a more traditional rock sound. Not to say that Korea isn’t receptive, but idol-bands are expected to cater to a more pop demographic, which means more pop-rock. However, in Japan, these bands can return to what we usually think of as rock.

Case in point: FT Island. Their music is different in Japan compared to their music in Korea. In Korea, the band’s music tends to be of a lighter sound and a bit more emotionally charged lyrically. In Japan, the music is heavier on the guitar and has more spunk. FT Island gets to maintain their original sound while in Japan.

The supersaturation of K-pop groups is also probably a push for Japan promotions. In Korea, it’s easy to get lost among the massive amount of debuting and returning groups. Therefore, Japan can offer groups the chance to hone their skills, and expand their fan bases, before returning to Korea. For example, UKISS‘ releases seem to do well on the Japanese charts, despite not being as popular in Korea.

The one mystery, to me, is when artists who are domestically popular, seemingly disappear to Japan. SM Entertainment is a major label that constantly ship off artists. Just think, how long were superstar artists like BoA and DBSK in Japan? Also, just when SHINee makes a Korean comeback, it seems they are immediately in Japan promoting.

Why would SM Entertainment, and other labels, quickly put artists back into the Japanese market? Well, money. Overseas promotions can be very lucrative, especially concerts. Hundreds of thousands of fans attend concerts in Japan. 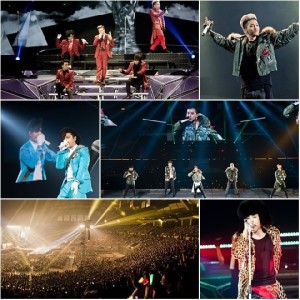 Also, perhaps these labels aren’t concerned with their domestic popularity. Artists like BoA, TVXQ, and Big Bang are so popular world-wide, that not releasing domestic music in years doesn’t hurt that popularity. If anything it spurs fans to talk about and buy the new music because it’s been so long. I remember the excitement surrounding TVXQ’s 2011 Korean comeback with Keep Your Head Down.

Fans are generally split on Japan promotions. In some cases, such as with FT Island, their Japanese comebacks are applauded. Their comebacks mean fans will be once again treated to FT Island rocking out. Some, such as me, think the Japanese music is simply better than the Korean releases.

Others dread when Japan promotions starts. Some feel that more focus should be on the artists building their brand domestically. Others fear the long drought between comebacks that are to follow. Then there’s the sentiment that groups are simply being shipped off so companies can focus elsewhere.

Regardless of where fans stand and the reasons behind promotions, Japan is playing an important part in spreading the Hallyu Wave. Some even find K-pop through J-pop. Companies understand that the Japanese market is another territory in which to make a splash. If you ever wonder about the whereabouts of a group, try looking in Japan.