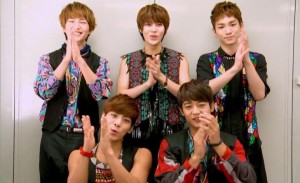 In Seoulbeats’ recent light-hearted discussion about K-pop fears, the idea that SHINee may never come back to release new material in Korea was a common nightmare for the writers and readers. This fear seems to surface often, with many groups, because in between Korean promotions our favorite groups often travel around the world to increase their international reputation. This, sadly, leaves fans that are only keeping up with Korean news and music sites in the dark. SHINee falls into this category now and, to put it simply, they have focused on spreading their music to their international fans in other parts of Asia as opposed to promoting in their native Korea.

So far, SHINee has had good success with the Japanese market since they debuted there, and nothing has changed in that arena, but their efforts in China recently have not gone as smoothly. This is the general trend in K-pop these days for groups trying to make it big in these two countries. It is necessary for groups to spend time away from Korea to keep up positive reputations in other countries and spread the popularity of K-pop in general and the more time they spend in a country the more popularity they seem to gain. It may feel unfair to those of us who are fans of groups like SHINee when they are focused elsewhere, but for their overall success as a group it is important to let absence make our hearts grow fonder. 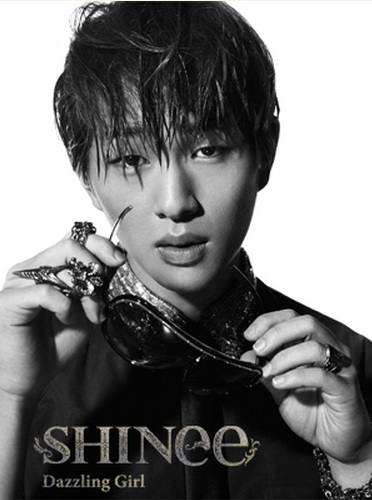 Back in August, SHINee announced that they would be releasing a new Japanese single in October called “Dazzling Girl.” The full PV was released on October 10th. It was difficult for the video to reach the international community as the official, full-length version of the PV disappeared from YouTube, leaving fans with unofficial uploads that tended to be removed as soon as they were uploaded due to copyright restrictions.

If you are strictly a K-pop fan, and not a J-pop fan, it can be complicated to keep up with your favorite group’s Japanese activities because the news sites and music shows are completely different. This is one of the reasons SHINee has seemed so absent lately; they are spending most of their time in Japan. On September 1st they announced their official Japanese fanclub opening, SHINee World J. Then, they announced their sixth Japanese single release, called “1000-nen, Zutto Soba ni Ite….” All in all, the amount of promotions they have managed to do in Japan speaks to their popularity there. They also earned a “gold” rating from the Recording Industry Association of Japan (RIAJ) for selling a very large amount of their “Dazzling Girl” single. 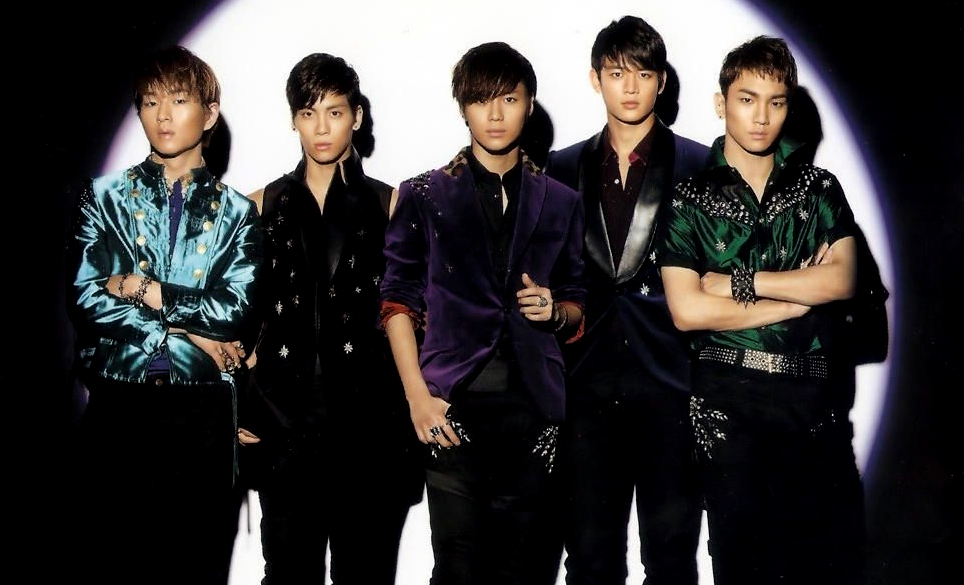 SHINee isn’t the only one focusing on pleasing their Japanese fans now. SNSD has also been working diligently in Japan recently, and not so much in Korea. Fans were disappointed when rumors started circulating that there may not be a Korean comeback until next year, but the verdict is still out on that. They have, however, recently released their Japanese PV for “Flower Power,” with great success. 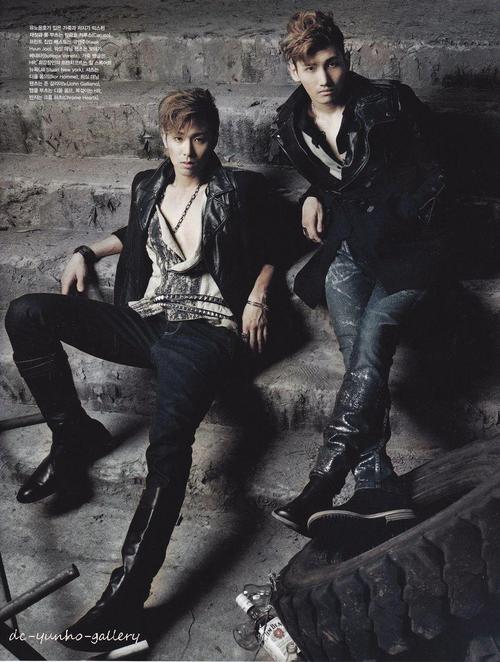 DBSK has also been reaping the benefits of their time spent promoting in Japan. The live DVD of their Japanese tour sales totaled over 1 million yen, a figure which Oricon revealed was something not previously achieved by any other artist for DVD sales in the past. SNSD and DBSK are both groups that have had a longer history of promoting in Japan, and SHINee is quickly gaining the same type of reputation. The hard work of promoting in another country has benefits that can be clearly measured in profit and fan numbers. These are the kind of things that are important for a group’s long-term popularity, so although it may be more difficult for some fans to maintain a connection to these groups while they are in Japan, we can be rest assured that the groups will come back stronger after gaining international fame.

Outside of Japan, the SHINee is working diligently on their SHINee World II tour. They held a concert in Hong Kong on October 27th and then attended a promotional even on the 29th for Etude House. Unfortunately, there was some controversy over this event because it sounded like Hong Kong reporters were boo-ing SHINee. However, it is unclear whether the reporters were boo-ing at SHINee directly, or boo-ing because SHINee had to leave early, or if they were even boo-ing at all because the way Cantonese words sound can be misunderstood by non-speakers.

This isn’t the first time SHINee has performed a concert in China, but they haven’t spent a lot of time promoting there, which is the story with most K-pop artists. Some groups have been marketed directly to China, like Super Junior M and Exo-M, and those seem to be more successful in the market overall. Why? Because they spend the same amount of time in China that groups like SHINee spend in Japan, and they have a basic – or better – understanding of the language of the country, as SHINee does with Japanese. Occasionally there are groups that gain popularity in China naturally, like D-unit, whose new song “Luv Me” gained over 900,000 views on a Chinese media site on the first day it was released, but that is the exception to the rule. 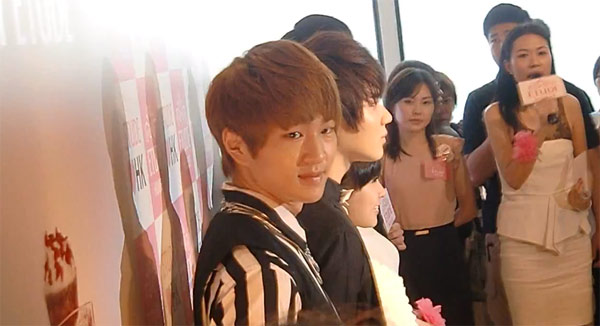 Unlike Japan, there isn’t much of a history of K-pop groups being successful in the Chinese music industry. To really get their foot in the door, a group like SHINee would have to spend extended time in China, maybe learn some of the language, so they could spend more time being visible to the public by appearing on variety and music shows, like they do in Japan. The problem is that to do such a thing SHINee would have to stay away from Korea, and Korean fans, for a significant period of time. It is hard for a group to spread their time out without some fan group feeling neglected, so maybe it is wiser to choose only a couple of countries to specialize in marketing towards.

If the issue at Etude House was truly a simple language misunderstanding having the group’s management create better relationships with promoters and translators in the country would be a valuable use of resources. If these kinds of international events were planned better at a management level it would allow the group themselves to spend more time with fans in each country they visit, and likewise get back to Korea sooner. Despite that little hiccup in Hong Kong, the plans for SHINee World II are going ahead and SHINee will be heading to Singapore next, where they will be holding a concert on December 8th. 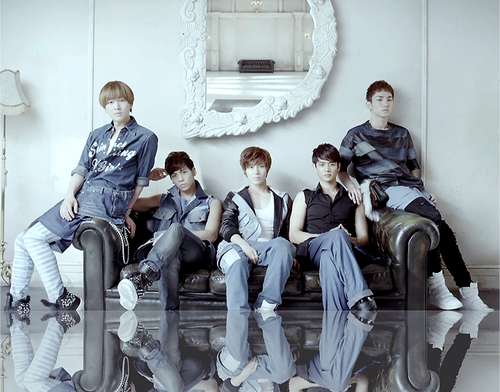 As you can see, SHINee has been very busy promoting themselves musically around Asia, but not as much in Korea specifically. Even though we may feel like they are disappearing from the K-pop scene, we can be assured that they are working very hard to continue to gain popularity in Japan and other countries. It is important for them as a group to appeal to fans all around the world, but I certainly look forward to the day they return to Korea with a new single.