Crazy Mothers and Relationship Problems in "Can We Get Married?" 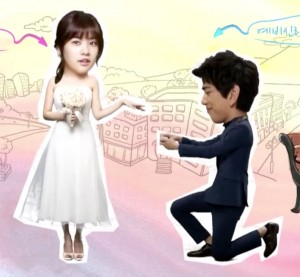 Now, it is of no secret that I absolutely adore Bang Sung-joon of Shut Up Flower Boy fame.  I soon went through all the shows and movies he was in falling in fan-girl love with his deep voice and aloof personality. So it was no surprise that I latched on to the new T.V. drama on cable Can We Get Married? Other than Gil’s one true K-entertainment bias, the drama features popular actors and actresses such as  Lee Mi-sook, Kim Sung-min, and Jung So-Min. Let’s be real here, I am the type of K-drama watcher who forsakes good plot and quality just so I can stare at attractive men doing things on screen–I didn’t watch the entire season of Paradise Ranch because I thought it was good, I just thought Changmin’s face was–so I wasn’t expecting much as I went into to this drama.

Warning: This drama review contains spoilers. Shocking I know, it surprised me too. 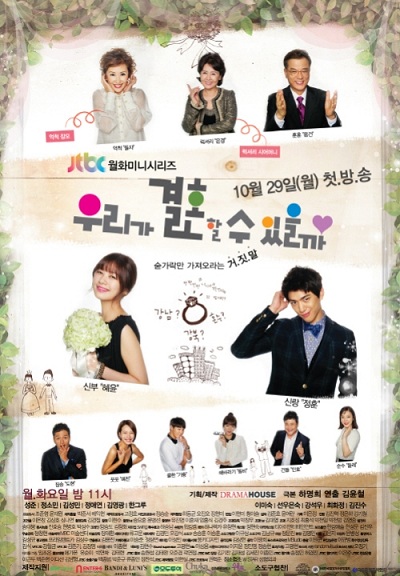 The drama revolves around the relationships, particularly how single mother and matriarch Deul-ja(Lee Mi-sook), tries to interfere with her daughters, Hye-jin’s and Hye-yoon’s, with their significant others. Hye-jin(Jung Ae-yun)is the older one who is the second wife of a famed plastic surgeon/playboy Do-hyun(Kim Sung-min) struggling with a broken marriage built upon infidelity. The younger sister, Hye-yoon( Jung So-min) is a second grade teacher and engaged to average salesman Jung-hoon (Sung-joon), these two are the focal point of the drama with them trying to navigate their relationship along with societal and familial expectations.

There two other female characters, Dong-bi (Han-groo) and Deul-rae (Choi Hwa-jung), are also featured in this relationship struggle. Dong-bi is a good friend of Hye-yoon and is the one who introduced Jung-hoon to her. Dong-bi also has relationship struggles with a notorious bachelor Ki-joong (Kim Young-kwang) known for his commitment issues, who she has been dating for five years and recently broke up with. She wants to get married, he doesn’t. However, soon after they break up Ki-Joong decides to marry the daughter of a wealthy businessman to benefit the restaurant he runs. Of course this will cause some serious problems, and I don’t blame her. I look forward to see how Ki-joong is going to handle not only Dong-bi but Hye-yoon and her entire family.

Deul-rae is Deul-Jae’s younger sisters and a director of a day-care and is currently unmarried at the age of fifty. The show highlights all stages of relationships and Deul-jae is the new budding romance one. She has a love line with twice divorced Min-ho (Kim Jin-soo) who affectionately calls her “noonim.” much to her distaste. Deul-jae takes up riding motorcycles as a hobby and is hilariously somehow integrated to his friend’s circle, consisting of Ki-joon and Do-hyun, who all go out to bike on the weekends. 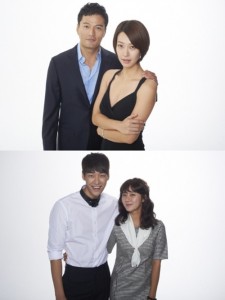 Jung-hoon and Hye-yoon’s relationship is incredibly romantic with Jung-hoon giving him his all. It doesn’t take a rocket scientist to figure out who wears the pants in the relationship and this has been a cause for some bumps in their relationship. Though the two are able to work it out fairly quickly it Hye-yoon’s insecurities and her mother’s pressuring drives a wedge in the relationship at times. Jung So-min does an excellent job of portraying the headstrong Hye-yoon and the Jung-hoon’s awkward personality fits well with Sung-joon’s aloof acting.

Overall, the drama is slightly above average. What I really enjoy about Can We Get Married?  is the straightforward aspect of tackling relationships. There is no skirting around certain issues such as sex, but they do it in a way that is still culturally appropriate. It shouldn’t be that surprising seeing as that this entire drama focuses on relationships itself and is on a cable network, this not necessarily having to worry about censorship as much.

The exchange of dialogue is incredibly quick as well and I sometimes experience whiplash; the writers do a good job of displaying the interactions between characters. Also, just like most other dramas, the entire cast are related to each other in some way shape or form. In fact most of the males in this groups who are in relationships with the main female characters are all friends outside of their significant other. Which I can only predict to be a bad thing later on when the drama intensifies and spills over.

Lee Mi-sook is also doing a fantastic job of playing the hardass matriarch, Deul-rae. Though I find the character to be incredibly grating and, to be perfectly honest, annoying at times, she is able to portray the reasons why. Deul-rae had to raise two children on her own after her husband died and provide for them; their life wasn’t easy and that background contributes to why she is so adamant on making sure her children are married to rich men. For me it isn’t surprising, Asian marriages often derive from social acceptance and benefit than love. Though it has been changing recently marrying into a good family is still important in such cultures and this concept is made well known in the drama. I have seen many comments from viewers who can’t understand why Deul-rae is acting the way she is. We have to take into account the Korean views of marriage and their culture.

Overall, I enjoy this drama. Despite my cringing every time the women clash and get into screaming matches it’s an enjoyable watch and I would recommend it. Sung-joon also takes his shirt off in it too but that’s just a nice bonus.