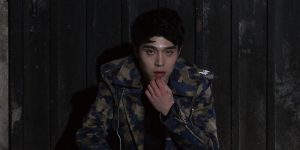 So far, the spate of K-pop debuts this year have been a little lacklustre, with the exception of Dreamcatcher and their gloriously dark image and dynamic choreography. The latest addition is Black6ix, a six-member boy group under the little-known and somewhat unfortunately named Black Hole Entertainment. Nothing about Black6ix’s debut is especially spectacular, but there is an earnestness to their debut track, “Please”, that drew me out of my music review hiatus (induced by the usual end-of-semester flood of deadlines).

When planning debuts, it’s a common marketing strategy for companies to consider trends in concept and genre, especially with reference to successful groups of the day. From an inclination towards either a rugged or flippant hip-hop image around 2012–2014 (think B.A.P, BTS, and later Got7), the popularity of Seventeen brought back the sunny boy-next-door image, with rookie groups like Astro, Pentagon, and Top Secret capitalising on a similar style to varying degrees of success.

Instead of taking a leaf out of Seventeen’s book, Black6ix reach a little further back into the canon, bringing back the emotional dance ballad sound that characterised the hits of groups like Beast and Vixx. Musically, “Please” brings to mind Beast’s “Fiction” and Vixx’s “Error”; although it is an emotional ballad, it leans more towards a wistful tone than a dramatic one that we hear in BtoB‘s “Insane” or “Irresistible Lips”.

The song opens on an airy, pleading vocal refrain layered over a simple piano instrumental, leading into a rap that segues seamlessly into the verses. Beats enter the bass line, but carefully, so as to not overwhelm the vocals. The abrupt way the song ends is its only jarring point, but overall, the production is very clean, and the focus is clear: no fancy experimentation here, no hard-hitting synths, and definitely no autotune; the singing and the emotions carried through it are priority number one.

It is in this modest but well-placed focus that this debut shines, because these guys can sing. From Jongwoon‘s falsettos in the first verse (at the 0:34 mark) to YeY‘s listless “There’s nothing I want to eat anymore / There’s nothing I want to buy anymore”, the vocals and rap are delivered with an earnestness and emotional nuance befitting the lyrics. Eldest member and lead vocal Yongseok stands out with his lines, “I’m really happy right now / It’s perfect, you’re enough for me”. He has a slightly nasal voice that could sound pinched if forced to belt at emotionally intense points, but instead of driving his lines upwards, he sinks them, and they dig right into the listener’s heart. 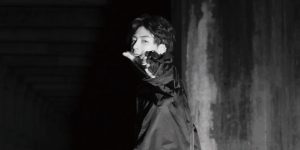 The suitably restrained yet emotionally on point delivery brings out the core feeling of the track. The song is, as the title suggests, a plea, but it isn’t begging for reciprocation of a one-sided love, nor is it the familiar call for an ex-lover to return. It’s an honest, heart-baring appeal from the persona to his lover to stay by his side even though he has nothing:

I have nothing
But still, don’t leave me
I don’t know how long it’ll take
But let’s bear it together
Love is all I have
(Although I want you)
But the world doesn’t work that way

Beneath the simplicity of the lyrics lies a deeper poignancy. The song may be framed in terms of romantic love, but a closer look at these lines reveals a sentiment that can be extrapolated to different circumstances. The young persona is acutely aware of his inadequacies and his entrapment in a world that privileges social status and material wealth. There is a quiet courage in how honest he is about his position, and in how he nonetheless tries to resist the way it is bending his relationship. At its very core, the song is simply about doing the best with what little you have. 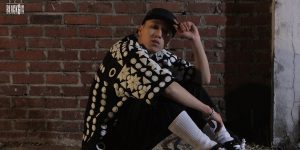 In a curious and most likely unintended manner, these lines reflect Black6ix’s very situation as a group. Just a glance at the MV itself reveals that they clearly aren’t on the most generous budget. They aren’t backed by a large or mid-tier entertainment company, and the two producers they’re working with for “Please” have four or less tracks to their name. That’s about as close to having nothing as a K-pop group can get.

And yet the company, the production team and the group forged on, pulling together what little they had for this song and MV. The MV is shot at one set, but it makes use of the members’ movements on and off the screen to add dynamism. This dynamism is compounded by the varying clouds of smoke and sweeping lights, which also create a foggy, unstable mood that reflects the emotional conflict expressed by the lyrics. The destabilising effect is reinforced by a 360-degree camera tilt during particular transitions from the singing to the rap verses. 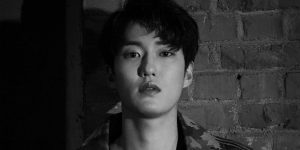 Other visual aspects are similarly modest; hardly any accessories can be seen on the members, who wear slightly loose-fitting outfits with silhouettes that vaguely recall 1990s boy groups like Seo Taiji and the Boys. The members’ gestures and facial expressions are never overwrought, and are deployed to support the tone of the song. The overall styling of the MV and the members, instead of trying to over-emphasise their appearances or the aesthetics, work together in service of the singing and the emotions conveyed. Likewise, the choreography isn’t showy, nor is it delivered with the most finesse, but the boys’ hand movements are carefully tailored to the rise and fall of each line.

Granted, with how plain the “Please” MV appears, it’s easy to pass it over as yet another mediocre debut. Give it another chance, though, and you may just be struck by how earnest it is. There is something very understatedly remarkable in the way every aspect of this low-budget release has been put together to shine a spotlight on the members’ vocal skills and the emotions the song expresses. Only time can tell if this earnestness will be sufficient to draw the necessary attention for Black6ix to make a comeback, but it’s certain that for now, they’ve done the best they can, and that’s enough for me to want to root for them.