VIXX Brings the Heat to Orlando 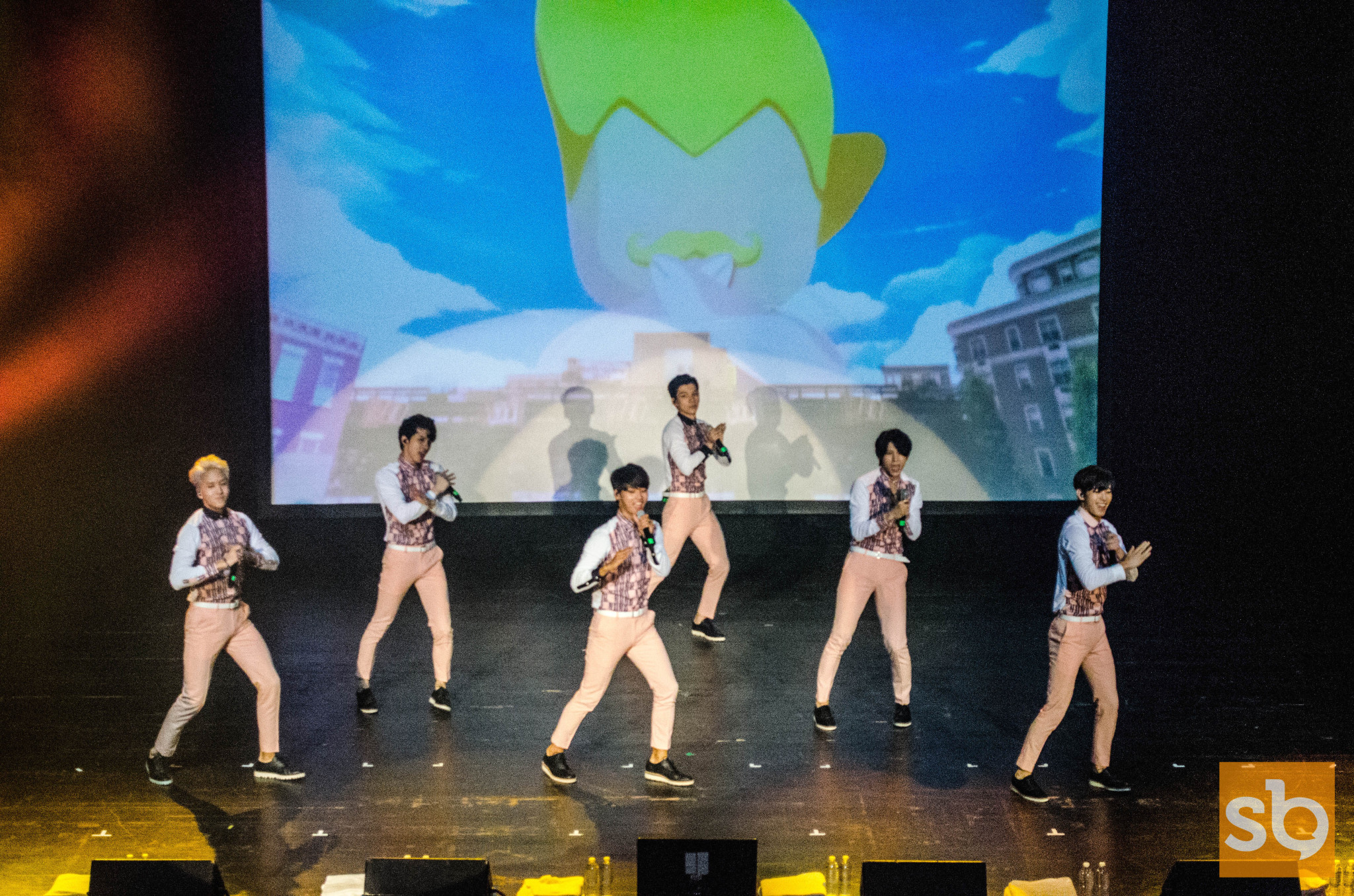 As if central Florida wasn’t hot enough already, Vixx lit up the stage at their first Orlando showcase. Fans lined up hours in advance, armed with umbrellas to combat the Florida sun, to see the group perform — and Vixx did not disappoint.

Having had the opportunity to see Vixx perform in New York last year, I was curious to find out whether this concert would be similar to the New York showcase or if the boys would show something completely different. I was pleasantly surprised with everything from the organization of Jazzy Group to the actual showcase itself.

After a less than stellar experience with previous management, I was hesitant about concert organization in Orlando. Luckily, everything was fairly well-organized: there was cold water provided to those waiting in line, and even a box for fan gifts (which Jellyfish Entertainment usually does not allow). Concertgoers were ushered inside smoothly and there were little to no problems.

Before they even came on stage, Vixx, being the jokers they are, teased the audience by peeking through the windows at the top corners of the stage. Fans only caught quick glimpses of the members’ hands and faces but it was enough to get the crowd going.

Finally, the concert began; and after a video teaser of Active Ravi, Lovely Hyuk, Sweet Ken, Youthful N, Romantic Leo and Mysterious Hongbin, Vixx opened with the endearing “Love Equation,” their latest single. The Q&A session of the showcase followed, and proceeded in a very different fashion than from Vixx’s New York showcase. 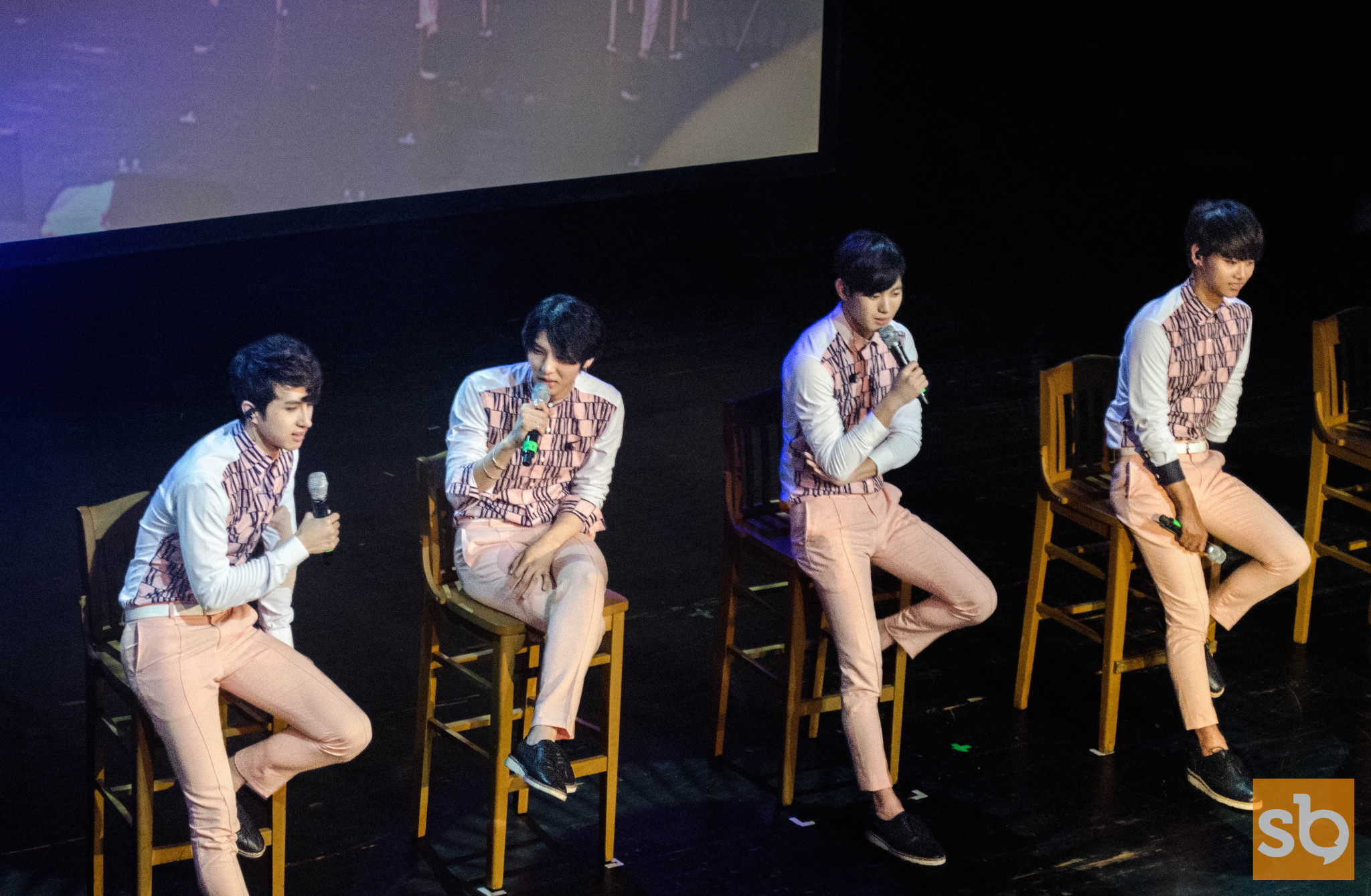 In contrast with a rushed Q&A session in New York, the Orlando  session was longer and much more relaxed. Fan questions led to Ravi and Ken imitating cellphone ringtones (at which Ken excelled), Ravi imitating a motorcycle, Ken and Hongbin doing aegyo… And Leo failing at aegyo.

They were then divided into two teams, and played a game where they had to make a corresponding pose to a given keyword. This extended game was a treat for fans to watch, because it was a chance to see the boys interact with each other and provide funny entertainment at the same time.

The most memorable part for me was when the keyword was Beyonce and Hongbin, Ravi and N did the “Single Ladies” dance. I definitely enjoyed this aspect of the showcase and hopefully VIXX will continue to do interactive games like this at future showcases.

With a cute segue from the actual game to the game-inspired “Rock Ur Body,” Vixx continued their light, upbeat image. Of course, Vixx is known for their darker material; and after a costume change transformed them from cute to smoldering, they performed fan favorites, “Error,” “Eternity” and “Hyde.” The audience sang along to each song and the boys seemed to become energized from the crowd’s enthusiastic response. 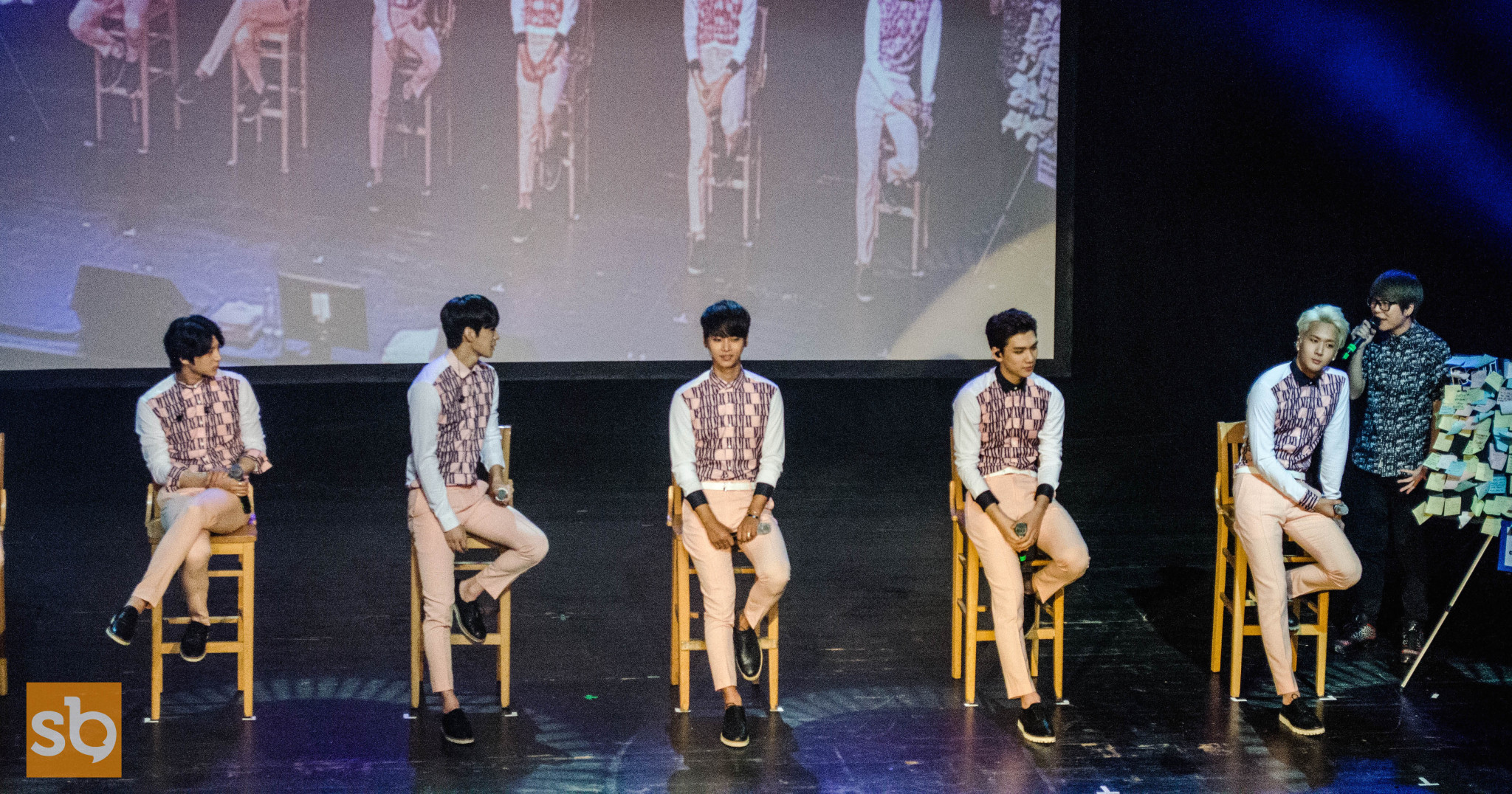 Just as with the New York Showcase, Vixx’s performance of “Light Up the Darkness” was my favorite performance of the night. The energy of the song always pumps up the crowd and Vixx’s precise, synchronized dance moves shine during this song. If you only see one Vixx song live, this is the song to see.

And no Vixx show is complete without the song that arguably began their ascent in the K-pop fandom — “On and On.” Vixx began to wind down after “On and On,” performing two slower songs (“Only U” and “Love Letter”) and ending with the cheery “G.R.8.U.”

Though all good things must come to an end, the audience demanded an encore and Vixx responded with a high energy performance of “From Now On, You’re Mine,” complete with their GoPro and boyish antics. This was also the song with the most fanservice done by the boys, Leo in particular.

For the most part, the boys had the same defining characteristics I noted at the previous concert. Ken was once again the best live singer, although Leo’s stability has definitely improved. I was especially excited to hear Leo sing not only because he is my bias but because the mics worked poorly at the New York showcase. This time, the mics were fine for all but Leo, although his was adjusted later in the showcase. 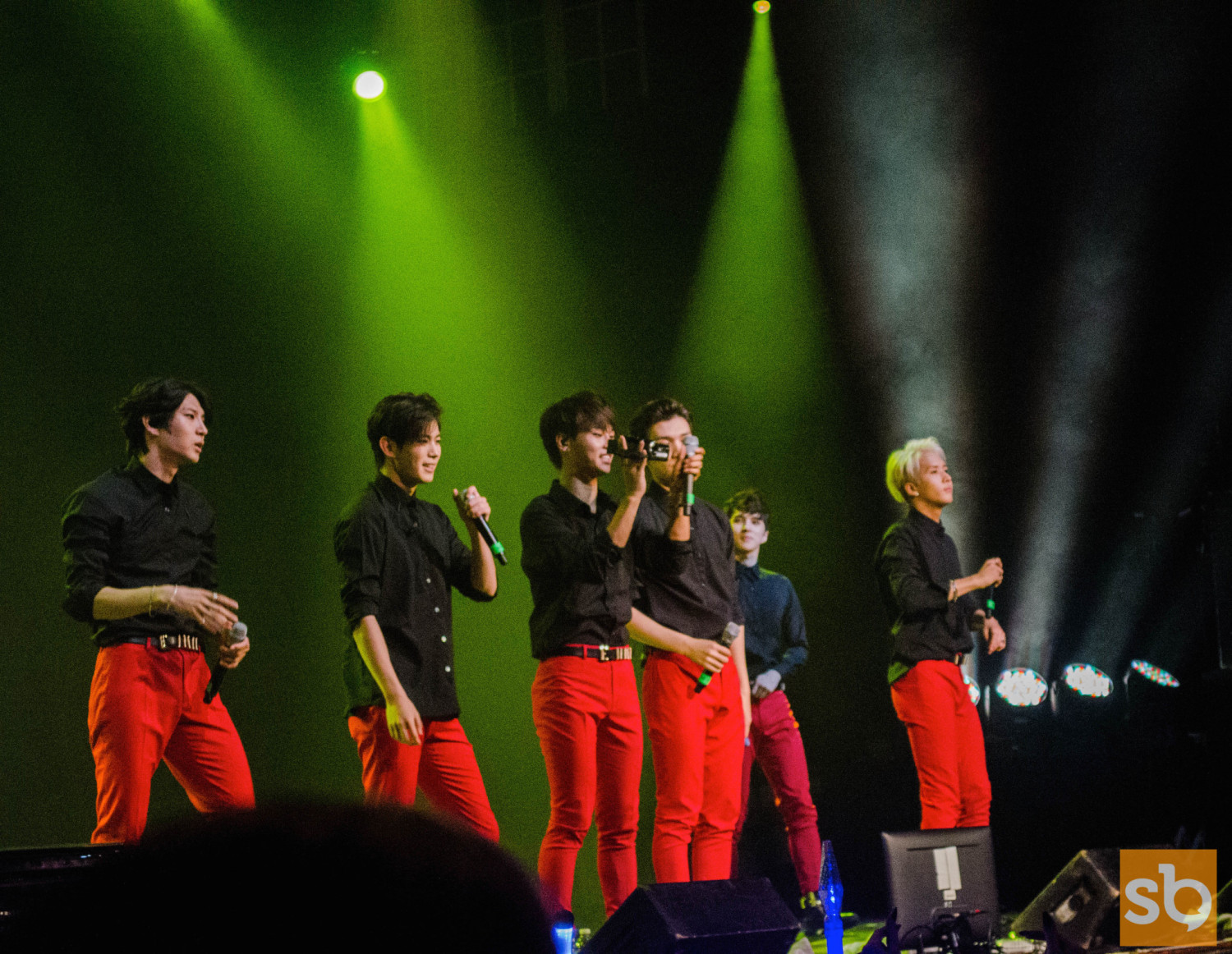 Ravi continued to be a charismatic performer, owning the crowd during his parts; but it was Hyuk’s performances that surprised me more, with an increased stage presence I had not witnessed before. He’s slowly but surely maturing into a young man and an alluring performer.

Hongbin was his usual cheeky self, even making a joke in English about how hot (literally and figuratively) he was. N, too, had his moments to shine during the games and was the last member off stage, thanking Starlights for coming to see Vixx.

Overall, I had a better experience at Vixx’s Orlando showcase than their New York showcase due to better mics, a better translator, and a longer Q&A session with the boys. Due to the longer Q&A part, Vixx actually performed less songs but I think it was for the better, making it less taxing on themselves — although I would have liked to see them perform “Secret Night” again. Of course, that’s just my inner fangirl speaking.

Vixx brought their best to Orlando, getting the crowd hyped and delivering a solid performance. They focused a little more on their softer songs than their darker material; but each member brought their unique personality to the stage, and gave fans an experience to remember!

Stay tuned and follow our Tumblr and Twitter to see more pictures from VIXX’s first showcase in Orlando!