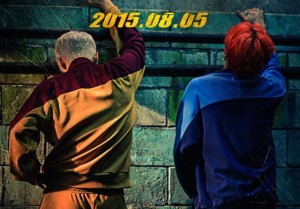 After five long years, the absolutely insane subunit that is GD&TOP have returned to our screens, adding “Zutter” to BIGBANG’s MADE series.

“Zutter,” which translates to ‘dope’ in English, is an amped up continuation of their 2010 album High High, showcasing the eccentricity that we have come to know and love from GD&TOP. The beat grabs your attention from the get-go, with the bizarre MV keeping you hooked.

The track is quite minimalist, but this works well as it allows GD&TOP to be at their craziest in the MV. Throughout the song, the beat remains consistently chill, bringing home the point that GD&TOP are effortlessly dope and don’t have to try too hard. The synths create a dreamy, wacky atmosphere, and GD&TOP hold their own in their separate rap sections, but also come together well in the chorus. The sparse chorus makes it easy to sing along to, as the only lines that are repeated again and again are:

This song is sick, my rap is sick, my style is sick, I’m kinda sick
I shake my legs, I make money, I walk in the sky, ay do you wanna

Being a continuation of the pair’s 2010 track “Knock Out,” “Zutter” risks sounding like a rebooted “Knock Out 2.0.” The MV, however, has certainly progressed from the days of High High, and the song manages to conjure up just enough to set it apart from previous songs.

The plot, if one can be deciphered from the MV, seems to revolve around GD&TOP’s high-rolling lifestyles, which eventually lands them in trouble with gangsters. Thankfully though, they somehow manage to escape their situation, and playfully dance at the end when they manage to tie their former Jigsaw-esque captor to a chair. In this way, the MV manages to be grotesque yet comical.

The aesthetic of “Zutter” is reminiscent of recent BIGBANG releases like “Bang Bang Bang” and “Bae Bae,” which came under fire for being too dominated by G-Dragon’s production style, and not feeling like previous BIGBANG songs. “Zutter”, however, manages to pull off this style as it combines G-Dragon’s trademark eccentricity and TOP’s love of the avant-garde, demonstrated through his wacky Instagram posts and singles such as “Doom Dada.” This means that the eccentric visuals of the MV and the laidback hip-hop sound of “Zutter” definitely feel appropriate for a GD&TOP song. 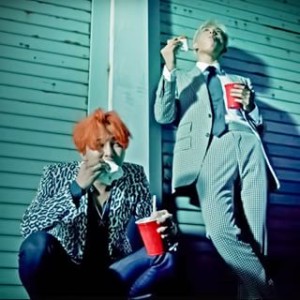 The song and MV gain more significance when viewed with an understanding of the lyrics. GD&TOP boast that they can do anything they want and still be dope. Instead of just bragging about their own swag, like they did in “Knock Out,” “Zutter” actually pokes fun at the K-pop industry and the legions of obsessive fans, which is refreshing to see.

The MV features several scenes of the guys urinating against a wall, and eventually, spraying urine everywhere. This charming scene correlates with G-Dragon’s line about his fame, when he says: “Because I get applause even when I shit (guess I’m famous).” G-Dragon introduces the audience to his fandom with “This is the orientation to welcome your unbelievable fandom.”

Combining these critical lyrics with slapstick humour was a smart decision, as it ensures that the song doesn’t alienate fans. And now, reviewers like me are commenting on the wittiness of this urination scene, basically living up to G-Dragon’s criticism that people will praise him for even taking a dump just because he’s famous. 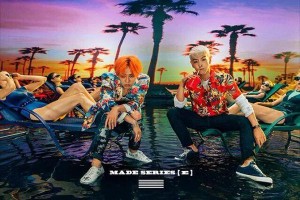 The MV and song itself are littered with intertextual references, such as the reference to SISTAR’s famous dance move from “Touch my Body,” which later became a viral sensation when two young Korean men uploaded a video of them dancing in front of a urinal. This scene in the MV once again pokes fun at the industry, as the pair comment on the triviality of their job with: “I shake my legs, I make money.”

Pigs also featured heavily in the MV (which will now make sense to anyone following TOP on Instagram), allowing for more puns and references. TOP brags about Francis Bacon being in his kitchen right before he appears to slaughter a pig.

This scene initially seems gruesome, but is toned down thanks to the fact that the cadaver is censored and green paint splatters everywhere rather than blood. In this way, TOP also makes fun of his own love of high art, as the sloppy green paint is far from being a cultured artistic expression. Another humorous touch is that one of the pigs is identified as a character named Don, which is also the name of a brand of packaged meats.

The MV does not feature much choreography, but the song does have an accompanying dance which fans can see in the recently released dance practice video.
[youtube http://www.youtube.com/watch?v=cBRaZT1KqGc] The choreography is brilliant in that it has moments of real skill and attitude, but also allows TOP to goof around with his infamously bad dancing. There’s something unbelievably satisfying about seeing TOP playfully trying to keep up with the female backup dancers (who are absolutely killing the choreography, by the way.) Still, there is no match for TOP, whose freestyling at the end of the dance practice video definitely deserves an award at MAMA this year.

Ultimately, “Zutter” is not for everyone, and actually leaves the audience confused. It’s equal parts hideously messy and indulgently insane, but in the end, the beat burrows into your head and reminds us all of just how much we missed this subunit’s old shenanigans.