Lee Michelle Exudes Confidence in "I Can Sing" 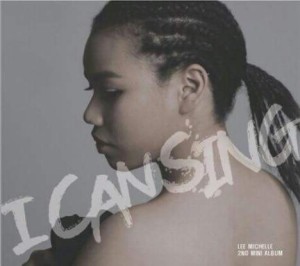 A year and a half has passed since Lee Michelle’s debut. “Without You” was a powerful track that still resonates with fans, its message as potent as it was a year ago. Building on the impact of “Without You,” Michelle gives us her first mini-album, brazenly titled I Can Sing.

It’s a bold declaration, pushing aside any feigned gestures of humility and proclaiming: yes, I do have a voice, and I want you to listen to it. From the album jacket itself, we can already tell I Can Sing is an honest look at the burgeoning artist. There’s no filler, nothing extra or over-the-top. It’s a simple story about a woman who’s found her voice and wants to share it with the world.

Title song “I Can Sing” is a beautiful reintroduction to the soulful DIMA Entertainment artist. It’s not as a powerful a declaration as the message in her debut single; however, it’s another proclamation of self, an acceptance of who she is as a woman and an artist. She doesn’t shy away from self-praise, in so far as she recognizes her talents for what they are and refuses to allow anyone to tell her what she can and  cannot do. She seems to be giving a bit of a wink and a smirk to those who hear her for the first time and for some reason are shocked at the depth and reach of her voice: “You don’t know what to do, you look at me with, mouth opened. So funny, so funny, so funny.”

Musically, the song has a light jazz construction, with guitar and drums driving the foundation and giving Michelle a perfect home for her stellar vocals. Though still as powerful as ever, her voice is understated here, not going for too much and showcasing the 24 year-old’s incredible level of maturity. Though many could argue that with a title like “I Can Sing,” she should’ve really gone for heavy vocals — loud and brazen to make her point — I applaud her for keeping it simple, allowing the audience to melt into her voice and the song’s message.

The one drawback is the rap at the song’s bridge. In a song as simply sang and constructed as this, a rap break is just unnecessary and terribly clichė. And the implication that a half-black artist can’t simply have a voice, she has to rap in order to get her point across… It’s not so much that it bothers me more than it elicits an eye-roll and deep sigh. Granted, Michelle did write the songs on the mini; this just seemed like a concession on her part. But I digress.

“Escape” plays more to Michelle’s vocal strength. The composition isn’t complex, a piano providing the foundation and a whisper of some strings winding through the second iteration of the chorus. The song’s simplicity means listeners are forced to pay attention to what the song is saying, any distractions a large production would provide nonexistent in this track.

While “Escape” expressed the need to get out of a poisonous situation, “What Are You Doing” takes a look back at the person who abandoned her and assesses that he really doesn’t know her at all. It’s the most traditionally “pop” track on the album, the midtempo construction both coy and a bit bolder than the rest of the songs on the mini. But even in this song, there isn’t anything truly ostentatious or unnecessarily boisterous. It’s a simple track asking a simple question.

Undoubtedly the highlight of the album is the all English acoustic version of “Without You.” Her voice is softer; however, the song is just as impactful as it was when it was first released. Given the stripped-down nature, listeners are able to be more fully immersed in her soulful alto and soar with her as she displays the full power of her chest voice when she reaches that second soprano.

Her range is fully on display here, unfettered by a lot of musical largeness, the acoustic guitar lilting and swaying with the flawlessness of Michelle’s voice. It’s obvious she rewrote the lyrics a bit for the English rendition, but none of the song’s initial potency is lost and, in fact, builds on the original version’s defiance of a world molded and shaped for someone who doesn’t look like her.

Something quite incredible about I Can Sing is just how simple the musical compositions are, relying on just a drum and guitar or, in the case of “Escape,” just a piano. It’s an album that doesn’t insist upon itself. Rather it’s an intimate peek into the emotional depth and vocal dexterity of the artist herself, never being more than it should be.

The downside of this endeavor is its brevity. Indeed, though it may not be exactly fair to make demands on an artist—especially one as new as Lee Michelle—I really wanted something more. I Can Sing gives us just a glimmer of Michelle’s potential as an artist, but just as we’re getting to know her, the album ends.

Fans have been waiting with bated breath for the singer’s return, hoping she’d get the exposure she deserves, the chance to truly make her mark on the Korean music industry. Though a short and simple mini-album, I Can Sing is a big step in Lee Michelle’s journey to becoming an important artist, giving a face and a voice to an entire faction of Korean society. 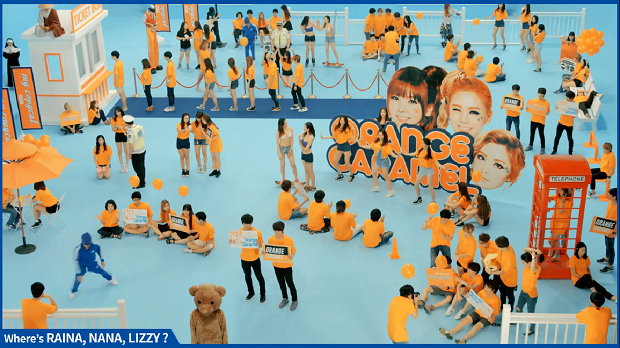