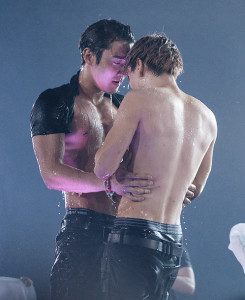 This weekend, the topic of fanfiction in K-pop was thrust into the spotlight after news spread of Kcon’s 18+ fan fic open mic. The convention had a non-rated version of the panel in 2014.

So for this week, we’d like to get to know more about your relationship with fanfic.

Do you read fanfic? Do you write fanfic? Or are you not into it at all? If so, why? And if you are into fanfic, where do you draw the line?

Camiele: I’ve actually been reading fanfic since the ’90s, though at the time I didn’t realize it was this big thing. It was a bit quieter and sort of on the DL (especially because we were really young reading it). When I started reading it, it was just fiction, and the really good and lemony ones were called “visuals.” I’ve only written fic twice in my life, and both were for friends. When I was first getting into K-pop with DBSK, my friend sent me some fiction, and not really remembering this had always been a thing, I didn’t understand how big of a part of K-pop it actually was. I also realized that most fic isn’t… great. Being a writer and editor, I really only stick close to a few authors, those who just so happen to be editors and writers as well.

I don’t know where I draw the line in terms of fiction. I love creative fiction, fic that’s based in alternate universes. At that point, even though those names are real, the characters aren’t, and all you have is a story with fictional characters with names that are familiar. There’s maybe one or two fics that are meant to be sort of “fill in the blank” type stories using aspects of the members’ actual lives and creating a story around that. I more draw the line with the “fan” part of fanfiction. For my money it’s all fiction, none of it’s real, and it’s all just for the sake of feeding imagination (sort of it’s essentially as written skinship). That’s it. Point blank period. Those who have no real understanding of fantasy and reality, and there are quite a few fans like that, who allow their desires and their delusions to inform how they interact with the groups and artists in real life, really ruin the experience for me because I spend so much time being pissed off. As it is, I’ve not had a lot of time to read much fanfiction, but what I have read, from authors I really like and respect, is really fantastic.

Amy: Likewise, I’ve been reading fanfiction for a while, though my earlier fandoms were far smaller than K-pop. I used to write drabbles and post them on a blog — looking back now, I cringe — but I made a lot of my K-pop friends and fell into group fandoms because of writing. One thing that’s really great about fanfiction is that there’s already this established audience for the writers. Fanfiction can rack up more views, comments and critiques than another original story simply because of the characters involved, and writing fanfic is one way for authors to get feedback or a writing community that they perhaps wouldn’t have had access to otherwise. Fanfiction has this reputation as self-indulgent “fluff” writing, and I always think of that scene in Reply 1997 when Shi-won’s teacher reads aloud her R-rated H.O.T fanfic as she sinks into her desk. But just because a story is fanfiction doesn’t mean it can’t have literary merit! More and more fan-written works are becoming successful not because of the names of their characters, but because they are well crafted and creative pieces of writing. Shi-won did end up winning the creative writing contest with her (modified) fanfiction, after all.

I think I draw the line at fanfiction the same place as for any work of fiction; I just want informed and respectful treatment of characters and subjects in a story. Specific to fanfic, I think issues like racial fetishism or writing mature content involving minors (especially when these stories involve the reader) are more common problems. And adding on to Camiele’s comment about fanfiction’s influence — if a fanfiction changes how you view or treat a real person, you’re probably veering a little too far into the “delusion” zone. 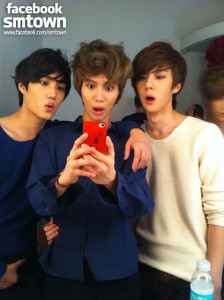 Laverne: I think fanfic is an important part of fandom, and I even dabbled in writing and reading fanfic in my younger days. When it comes to K-pop and fanfic, however, I personally am a little uncomfortable because I don’t like fanfic about real people. I don’t condemn fanfic because I do understand how it can be used as an expression of creativity and love for an idol — it’s just not for me.

Leslie: Fanfiction was my first active participation in fandom, and, as a voracious reader, it really was a natural fit and didn’t take long for me to start writing as well. But I didn’t actually know there was fanfiction for K-pop when I first got into it because it felt strange to read fanfiction about real life people, let alone write it. I had tons of friends within the fandom, though, who did read and write it so eventually I did read some. Sadly, the first fic I read set the bar too high, and I soon ran into the problem Camiele mentioned of difficulty finding good fics in K-pop so I started writing again, first as a beta for a oneshot writer whose work I liked reading (now one of my best friends!) and then on my own.

When I write, I’m fully aware of the fact that these are all my creations and nothing like the actual idols. I really see it as me creating a whole new character, one that just happens to share the same name and face of an idol. As long as I’m aware of the line between reality and fantasy, I don’t have a problem with K-pop fics. Anyway, most of my fics are super AU, as in you could change the names of the characters, and it could just be a novella or something. I haven’t had time to read or write any fics in quite a while, and I’ve become the hated writer who never updates…

Chelsea: I actually had no idea what fanfiction was prior to entering the K-pop fandom. I maintained my distance for a long time, but I saw a fic on my tumblr dash one day and decided to give it a go. Turns out it was a vampire smut fic, and I had no idea what I had gotten myself into, and I was confused for weeks before I attempted another fic. Eventually though, like everyone else said, I found really talented authors who wrote stories that I would stay up all night reading. As an avid reader, fanfiction caters to my need for instant gratification, and there’s always a constant supply of new stories. As one of the participants in Henry Jenkin’s Normal Female Interest in Men Bonking described — because everyone has multiple aspects to their identity — writing about the same characters over and over again gives readers and authors a chance to explore the many dimensions of a single character. I think that’s why I never get bored of seeing the same characters over and over again. Each author and story brings something new to the table.

As such, K-pop fanfiction has become my go-to travel literature and my bedtime stories. I write one shots when I feel like it, beta if someone needs it, and rec fics regularly to people in the same fandoms. I’ve made some great friends through fanfiction, and I’m all about supporting anyone who wants to write creatively. Fic offers a great opportunity for authors to share their art with a group of people who share their passion. I think Amy and Camiele already hit the nail on the head with the problems of fanfiction, especially in this fandom. For the most part though, I think fanfiction is a really positive showing of creativity and talent. 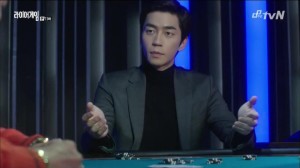 Lo: For my stance, I’m mostly with Laverne. I respect K-pop fanfiction as a cornerstone of the fandom, but RPF is not my thing. However, I do have one major gripe about fanfiction: for all the quality RPF out there, there is shockingly little fanfiction for dramas. Where are my post-ep pieces for Liar Game? How did Se-yi and Seol-chan fare after Monstar ended? What the hell happens in City Hunter post-finale? Fanfiction holds a fandom together, and without it, the passion for the original work can fade so quickly. But when a fandom remains strong, the work can outlast the original run, spreading to more and more people. Drama fans, it is our duty to write more fanfiction.

Andy: Like Chelsea, I had no idea fanfiction existed until I got into K-pop. I’ve honestly never read any works. For some reason, there’s a mental block or lack of motivation in reading fanfiction. I’m sure there are quality stories out there, but I think the fact fanfiction deals with real people and, from what I’ve seen around, can also feed delusions about these real people creeps me out to some extent. That being said, props to those who actually are creative enough to write quality literature because I certainly couldn’t.

Hania: Fanfiction can actually be a really useful aid for creative writers who are struggling with writing character descriptions. Being somewhat familiar with idols’ personalities is a great template for writing your own characters, and then filling in the blanks for the rest of your story. I agree with Leslie that these characters practically transform into entirely new ones altogether, and some fanfic writers really do come up with stories that are worthy of being published with just a few name changes.

Despite this, I don’t actively seek out fanfiction because, unfortunately, the internet is littered with things that are probably best left unread. When I hear of quality stories that are taking the fandom by storm, however, I’m always happy to read them and see how the writer has respectfully and creatively used real people to generate an incredible story.

Readers, we’re pretty divided when it comes to fanfiction, but now it’s your turn: What do you think about fanfiction? 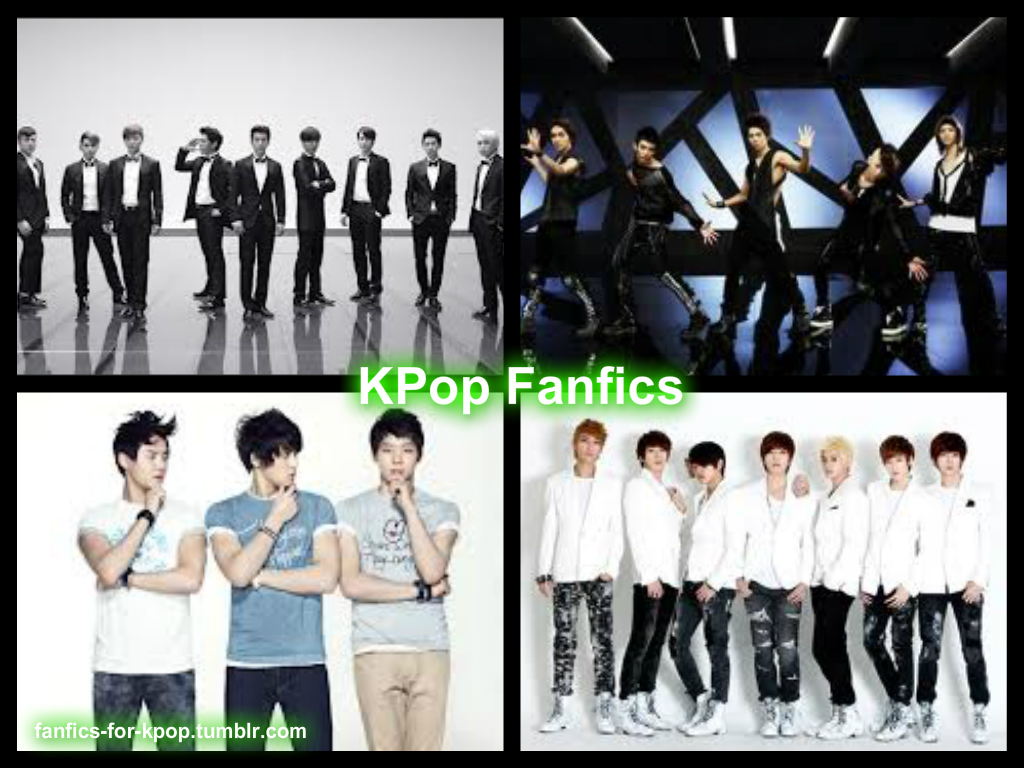 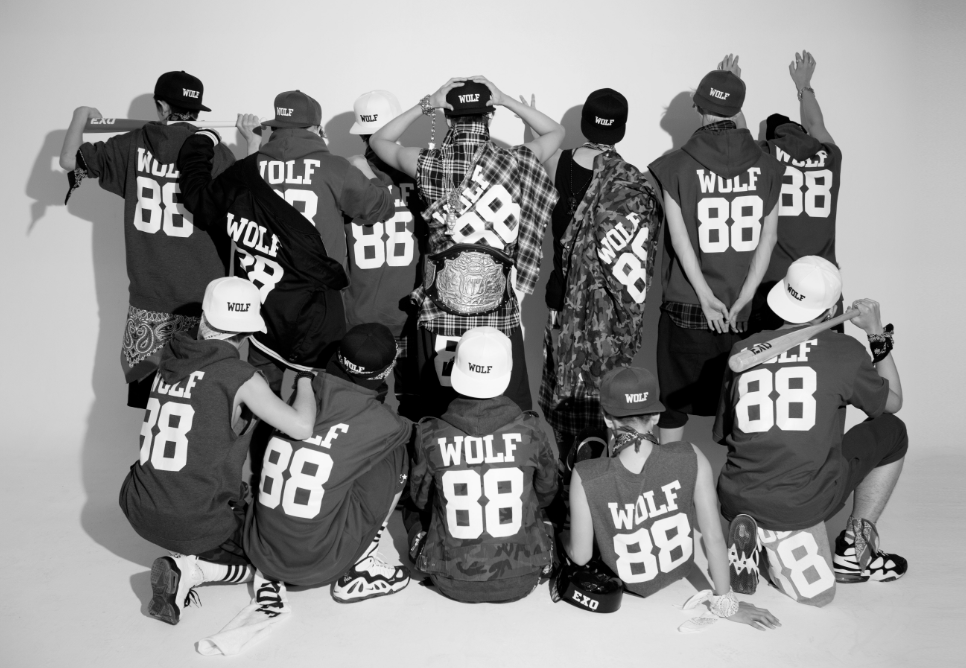 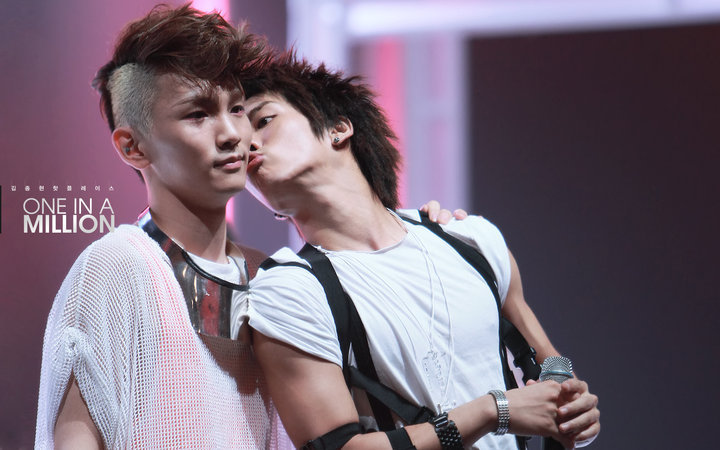