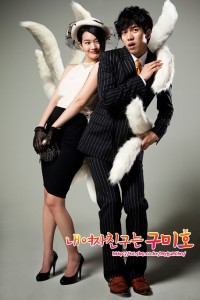 It all began with mighty Aeschylus bemoaning the ‘unavoidable’ colonization of Troy, followed by Virgil shedding tears on the importance of war for world peace.

Then commenced the Renaissance and the Enlightenment, the much discussed peaks of Western civilization, leaving in its wake the silenced and suppressed physical bloodshed caused by colonialism, imperialism and slavery, and the intellectual bloodshed caused by the rampant looting of the Easts, including the Middle East’s contributions to science, mathematics, philosophy, and literature.

Centuries have passed by and not much has changed. Colonialism has been taken over by neocolonialism. ‘Classic’ and ‘Classical’ works remain the property of a very white West and go unqualified until pesky people of colour try to assert their existence.

The East is brimming with rich historical, cultural and literary heritage, glimpses of which have been seen either in the re-imagination of the kumiho myth in the drama My Girlfriend is a Nine-Tailed Fox or the constant references to and skits based on the pansori, Chunhyangga in variety shows. Unfortunately, K-pop doesn’t borrow intensively from classic Korean works and instead tends to adopt concepts from Western literature which is completely fine, especially considering how well executed they are; but, an occasional change of focus might end up doing generic K-pop a huge favour.

The Indian counterpart to the “6 Classic (Western) Works K-pop Should Adapt Next”, here is a list of six classic Indian works of literature which can help K-pop give a makeover provided they are adapted in a politically correct manner. Some of the examples mentioned were written before the Partition of India and can, therefore, also be considered as part of Pakistani and Bangladeshi literature. 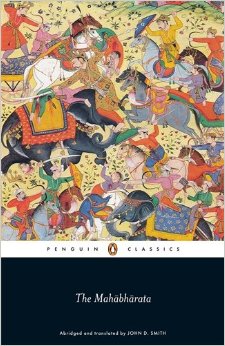 Shinee’s “Married to the Music” had Gaya theorizing on the five members being Pandavas who end up sharing Draupadi because royalist mother Kunti (SM) said so. Another commenter with a wonderful flight of imagination suggested Kai as Karna (son of solar deity, Surya) and lo, behold, we had before us the most masala music video possible.

The Mahabhrata is the longest epic poem ever written, ranging over 100, 000 Sanskrit shlokas, consisting of several stories within the larger narrative of the Kurukshetra War. The story that I want the above mentioned members to focus is, of course, the swayamvara.

The swayamvara was the contest to win Draupadi’s hand by hitting the eye of the Matsyayantra, a mechanical mobile fish, by looking at its reflection in a huge bowl of water. Arjuna won (and his brothers tagged along) but Karna was not allowed to participate because Draupadi didn’t want to marry a warrior of a lower caste. This led to the creation of history’s greatest OTPs:  Arjuna x Draupadi and Karna x Draupadi.

How much more drama can the K-pop world desire than Taemin – the self-proclaimed pretty boy, the Ace dancer– and Kai – the butt of colourist and casteist remarks, the resilient lead dancer — fighting over the same girl while Shinee gives squad boosts to the former? 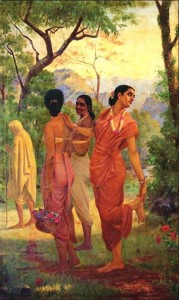 Written by Kalidasa, Abhijñānaśākuntalam or The Recognition of Sakuntala is a Sanskrit play which dramatizes the story of Shakuntala, the adopted daughter of sage Kanva. Married to King Dushyanta, she falls victim to the curse of Sage Durvasa. According to the curse, Dushyanta would fail to recognize her until she presents him with the signet ring he had gifted her before leaving for Hastinapura. Shakuntala inevitably loses her ring in a river and gets humiliated in Dushyanta’s court, for he has no memory of her. The drama ends with a moping Dushyanata receiving the ring from a fisherman, regaining his memory of Shakuntala and finally uniting with her.

One of the key moments in the play is Shakuntala’s speech in Dushyanta’s court. Berating Shakuntala as an apsara’s daughter (your mythological equivalent of modern day slut shaming), Dushyanta gets his ass handed to him in this speech as Shakuntala briefly moves from her position of the silenced but beautiful woman to the role of an assertive mother demanding her marital rights. Girl groups like Sistar, Miss A, and even SNSD, who visually conform to traditional femininity and sexuality more or less while simultaneously asserting their star power on music charts, always in a negotiation/compromise with the patriarchal music industry, can adapt this concept to suit their present day trials and tribulations, keeping one arm at the fringe and the other dipped in the mainstream.

And if that doesn’t appeal, then the drama is brimming with plenty rasas. Sringara rasa (love, beauty), Krodha rasa (anger), and many more make the essence of a drama like Abhijñānaśākuntalam and also stand as powerful concepts in themselves. 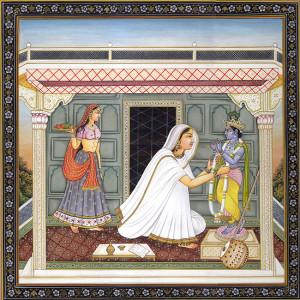 Mirabai is literally fangirl goals. She stanned Lord Krishna so hard that her husband had to succumb to her fangirl self eventually. Mirabai ended up leaving her marital home and travelling far and wide as a saint singing songs of devotion to Krishna. A pioneer of the Bhakti movement, there is a strange intensity in her devotion which talks about love as between two mortal lovers and as a transcendental, spiritual love which is achieved either through the union of God and the devotee or the human body and the self. Interestingly, a lot of her poems or bhajans play on sexual innuendos and refute the institution of marriage.

Most renditions of her bhajans so far have been sweet and submissive which is why a raw and unapologetic take on Mirabai’s philosophy by Korean folk singers like Park Aeri, or Gospel singers like So Hyang or K-pop singers like Ha:tfelt will be much appreciated.  I am not as keen on a religious take as I am on the execution of Mirabai’s raw intensity, aggressive agency, and simple but profound lyricism.

Inspired by Sherlock Holmes, Satyajit Ray gave birth to the maverick hero Feluda who is accompanied by his cousin Topshe and popular thriller writer, Jatayu. The trio travels around India and sometimes abroad, solving cases which include elements of the supernatural and the mythological intertwining a journalistic, literary and a scientific method of problem solving.

K-pop has dabbled with the standard Sherlock Holmes inspired mystery narrative without much tinkering which is why I think a group like Mamamoo or Vixx could heighten the drama and the excitement while experimenting in different locations by exaggerating the mysterious, taking inspiration from stories such as Feluda’s adventures in the Golden Fortress or his case involving an aristocratic mishap in Tintoretto’s Jesus. 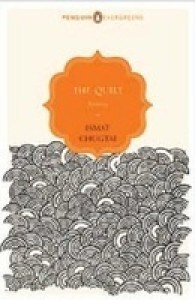 The grand dame of Urdu literature, Ismat Chughtai was a feminist force par excellence. Unapologetic and excitingly controversial, Ismat Chughtai not only excelled in feminist and Partition literature but she also dabbled skillfully with proto-lesbian literature, her most famed work being the short story, Lihaaf.

Lihaaf is a delightfully complex work which deals with homosexuality, class/caste barriers, and child sexuality within the span of a few pages. Her exceptional command on language is reflected in the fact that not a single obscene word or action is mentioned in the text. You can’t really pick out examples and say, for sure, that this particular passage endorses homosexuality or recognizes child sexuality or encourages inter-caste/inter-class sexual interactions but you know, especially when reading the gem of a line,

Then came the slurping sound of a cat licking a plate…

That Chughtai is not only testing moral borders, she is practically ripping them apart. It is, therefore, not surprising that this short story created much uproar and a landmark court case, which Chughtai won because of the literary ambiguity in the text. On one hand, I want someone as refined as Ga-in to take up such aggressive and unashamed treatment of homosexuality but on the other hand; I want Stellar, the group which receives constant flak for their overly-sexualized image, to put their bold sexuality within the ambit of the radical feminist politics of Chughtai. 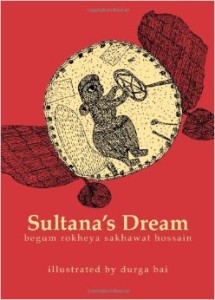 The reason why the whole 2NE1 and the Taylor Swift plagiarism controversy happened in the first place was because both relied on generic representation of a dystopian world, using standard sci-fi tropes. Since I don’t care even a wee bit for T-Swift, I’ll extend a helping hand to 2NE1.

Try Rokeya Sakhawat Hussain’s feminist utopia sci-fi novel, Sultana’s Dream published in 1905. The concept is literally there in the story of the novel itself. The author imagines a world upside down where women run the world while men are left isolated; a mirroring of the purdah tradition. Most women are scientists who invent flying cars and methods to control the weather, and implement reduced working hours. Men are systematically silenced and pushed to the invisible margins in a direct mimicking of social structures then and even now.

Apart from being transcendental, classic literature appeals to the masses while keeping its cultural and historical context intact. It is this flexibility and accessibility of classical literature that makes it a fertile sphere of inspiration for K-pop. The idea is not to conquer such literature but to pay due credit and adapt respectfully in order to make K-pop a bit more innovative, a bit more experimentative, and a bit more global.

Which classic literary works of your country do you want K-pop to experiment with?