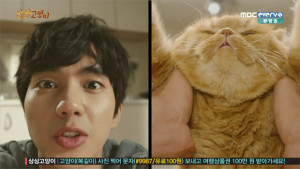 Hello everyone and welcome to another edition of Comments of the Week, where we feature some of our favorite comments from articles posted this week. Before anything else, let’s have a brief rundown of everything posted on the site this week:

Meanwhile, in drama, we recapped episodes 7 and 8 of Moorim School and Imaginary Cat. There were also recaps of episodes 1 to 4 of Monsta X‘s solo variety show, Right Now, JYJ‘s return to variety, and Jack Black‘s guesting on Infinite Challenge. Within the Seoulbeats writers, there is also now a support group for those watching MNet‘s newest survival show, Produce 101.

There were also articles that looked at collectivism as seen in Korea’s Next Top Model, and the role of visuals in today’s K-pop generation.

In the usual Seoulbeats Segments, theres was a Roundtable on separating actors from their characters, the Sunday Social on the Lunar New Year, the beauty of basics was highlighted in For Your Viewing Pleasure, the Week in Review, and the usual Best of Weekly Music Shows.

And now, onto the comments!

severely on 4Minute Stagnates with “Hate”

The trend of really disjointed verses and choruses seems to be something that companies either get tolerably right or get way, way wrong. They almost always require a few listens to figure out what category the song belongs in, too. Go figure.

I want to like the song. I loved the hell out of Crazy, and I’m still playing it. Like the author, I’m not surprised that 4M is doing “Crazy Take 2!” And I’ve liked my share of nearly identical songs, but this is not one of them. I could maybe, maybe get used to the chorus if it wasn’t for the fact that they took the lovely vocals and ruined them at the same time they decided to fuck with the aesthetics, beat, and instruments. It actually reminds me a little bit of when Psy decided to release the super annoying duet version of “Gangnam Style.” I can’t imagine why Cube thinks “chipmunk” is one of the best settings for Hyuna‘s vocals, but I wish they’d cut it out. 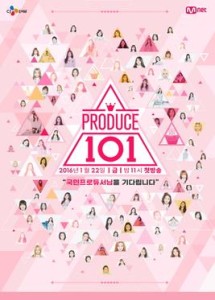 This show is my favourite mess at the moment. Ever since I heard about the idea I was all in. I figured I would just be cheering for Somi and Chanmi, but I was surprised at so many of the girls. It makes me want to see them get pulled down a peg so the other girls can shine. Especially Chanmi. I love her and she’s talented but she’s coming off incredibly arrogant, and unfortunately I can’t chalk that down to evil editing.

The real dark horse of this competition is Kim Sohye, who has slowly become my queen. She cute, quirky, hardworking, and always has a smile on her face. She came into the completion not knowing how to sing or dance, but she’s improving remarkably. Her performance in Irony isn’t up to the standard of many of the girls, but it’s becoming clear that with positive reinforcement she can do quite well.

Also, the real tragedy are the poor babies from Star Empire. They performed a cute number with incredible harmonies. I was shocked when they ranked so low. I wish the other two girls who aren’t Hyeri (even though she’s adorable and has entered my personal top 11) got some attention though. I’m sure they have something to give as well. One of them is probably going to be eliminated next week though.

I really really really didn’t want to watch this, but I’ve been sucked in !!!! Yoojung, Sejeong and that dismal yet adorable girl from the acting agency are my top 3. The Jellyfish girls are killing it, they did not come to mess around, Somi will of course be part of the final 11 but there are 10 other spots up for grab, so I don’t get how people can be annoyed at her, it’s not her fault she has a built in fanbase. They made Chanmi look so bad in Ep 3, like damn, girl came across as arrogant with very little talent to back it up, Cathy also wasn’t spared, evil editing made it look like she was intentionally ignoring Somi and the team they were going up against had a great vocalist. Can’t believe 40 girls are getting cut but it’s about time, I only recognise 10 girls from the 98 that’s left.

That’s all for this week! As always, thank you for stopping by and commenting!