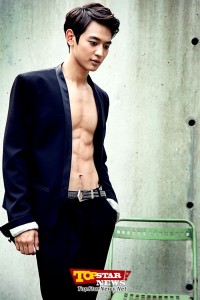 The K-pop gods have, for some reason, granted you the opportunity to give a Valentine’s Day gift of chocolate to all the members of your Hallyu bias list. The gods have pulled out all the stops: a spotless industrial kitchen, state-of-the-art appliances, the best ingredients and access to the expertise of world-renowned pastry chefs.

Except… The gods haven’t pulled out all the stops. There is a restriction: you can only use your vast resources to make only three chocolates. And no, the chocolates cannot be shared. You now have a difficult task ahead of you:
To which three of your biases will you give your chocolate (and heart)?

1. At least one chocolate must be gifted to a non-idol Hallyu celebrity.
2. Only one chocolate per K-pop group; so only Fei or Jia, you can’t pick both.
3. You can’t give a chocolate to a whole group (Seventeen would be nice about it to your face, but you know they’re hurting inside.)
4. You can’t keep any chocolates for yourself: you are not a Hallyu celebrity.
5. You can change who you want to give your chocolates to during the game, but you must adhere to the above conditions.
6. Failure to adhere to the above conditions will result in your chocolates being confiscated and replaced with convo heart candies.
7. And this goes without saying, but no gender restrictions!

Gaya: I struggled to pick my three Valentines, but I managed to make a selection.

First up, my new girl crush Bae Yoon-jeong. The choreographer and Produce 101 mentor has become my new favourite; she deserves a half-and-half concotion of dark and white chocolate to mirror her scary and sweet sides.

My other girl crush Hwasa can’t be forgotten, either! I don’t know her own thoughts on the matter, but I have fallen hard for her top heavy thighs. I have similarly-shaped legs and usually feel self concious about them. But seeing Hwasa rock all kinds of outfits on stage makes so happy! So, as a token of my appreciation, Hwasa gets a slice of caramel-infused rocky road. 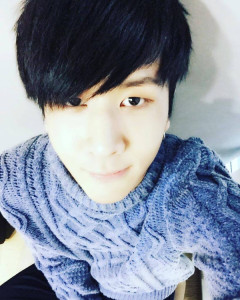 Pat: My first chocolate recipient is a no-brainer: VIXX‘s Ravi. First reason being that he’s my favorite bias list ruiner, the guy who ruined my life and made me hurl my cellphone off my bed a whole week last month. Second reason, and why I’m giving the chocolate to him rather than my actual ultimate bias, Hakyeon/N, is because his birthday is on February 15. The guy’s birthday is just a day after Valentine’s, how could I not? Thus, he deserves some Godiva-style hollowed bunny shaped milk chocolate. Why a bunny? Because he sometimes looks like a bunny, and is similar to Thumper from Bambi. I hope he eats it merrily while he’s pulling yet another overnighter.

Before I descend further into anime territory, the last chocolate, some white chocolate truffles, would be for Krystal. Why? No reason being she’s my girl crush, the closest thing I have to a style icon, and she deserves all the chocolate she can get. Plus, she gets so happy when she’s near food or is given food. Maybe it can be white chocolate truffles with some nuts inside them? Yes, that definitely sounds better.

Laverne: Although Leo is still #1 in my heart, this year, my three chocolates will go to different idols. First up would be a chocolate with an alien face for Jackson from Got7. His charisma has charmed my heart and his infectious smile will be brightened by my one-of-a-kind funny chocolate.

Lastly, I would make a puppy-shaped pure milk chocolate for my resident puppydog, Seo Kang-joon. Kang-joon’s acting as In-ho in Cheese in the Trap has completely captured my heart and I just want to show him how much he is appreciated.

Lindsay: I swear, I dread this every year! Ok, ok, here it goes: 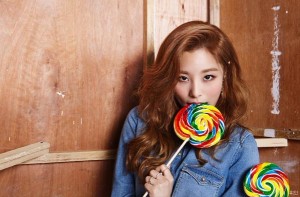 Chocolate #1 goes to Hyeri, the darling of Girl’s Day, and one of my few female biases. She did so well in Reply 1988 that I think she really deserves a chocolate, a white chocolate hear-shaped one flavored with rose and decorated with a petal.

Chocolate #2 goes to my ultimate bias who I was recently re-united with… BAP‘s Youngjae. He’s still just as perfect as ever and if I could I’d give him hundreds of chocolates to make up for all of the hardships he’s faced since debut. As it is, I’ll just give him a big, bunny-shaped chocolate filled with mousse.

Chocolate #3 goes to Ryu Jun-yeol because, as much as I appreciate Park Bo-gum‘s face, I’d have chosen him as my husband. Dark chocolate, pure, to match that brooding face and sultry eyes.

Lorenza: This was a lot harder than I anticipated, but since Laverne is giving Jackson a chocolate, I feel less bad about not choosing him.

First up is a spicy dark chocolate truffle filled with caramel for my ultimate bias, G-Dragon. The chili powder and dark chocolate are for his smoldering onstage persona and the caramel is for his adorable sweet side that we get to see off-stage. 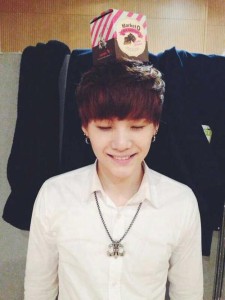 Next up is a chocolate covered strawberry with those cute round sprinkles all around for Amber Liu. Amber is my style icon, my favorite female idol, and I can never really tell if I want to date her or be her. She’s sweet and isn’t apologetic to be herself, so she definitely gets one of my chocolates.

Lastly, a peanut butter filled milk chocolate teddy bear for Park Min Woo. His adorable dimples makes me want to pinch his cheeks and his subtle humor on Roommate solidified my love for him.

Hania: I’d have to spread the Mamamoo love just like Gaya has and give my first chocolate to one of the girls. I still haven’t been able to choose a bias out of the four amazing members, but for now, will have to settle for giving a chocolate to the loveable Whee-in. Her crazy sense of humour, seemingly unlimited energy and sweetness has surely earned her a chunky, chewy chocolate bar.

I would have to give my second chocolate to Suga from BTS, partly as a lame pun, but mainly because he’s really grabbed my attention lately. With more of a chance to prove himself in BTS’ recent activities, I feel like Suga really deserves a chocolate that’ll reflect his personality: dark and bitter on the outside, with a sweet, gooey centre.

Finally, I’d give my last chocolate to Beenzino. With the drama surrounding his girlfriend and Jay Park, Beenzino really deserves a break with a nice block of chocolate, perhaps a sophisticated caramel with some unexpected macadamia nuts throughout it.

(Note: I guess Beenzino counts as non-idol, despite his popularity?)

Lauren M.: My first chocolate would go to BTS’ Rap Monster, my ultimate K-pop love. I would give him a dark chocolate covered strawberry cream, in honor of his recent pink obsession, and then we could discuss the sad phenomenon of lonely whales and the philosophical meaning behind giving chocolates on Valentine’s Day. 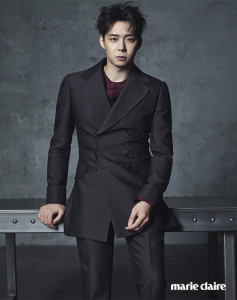 My second chocolate would go to Twice‘s Momo, because even though I don’t stan Twice (yet), I was drawn to her immediately when I watched ‘Ooh Aah’. She just seems fun and energetic and quirky. I would give her a chili and cinnamon infused milk chocolate truffle to match her spunky personality.

My third chocolate, a caramel and pecan cluster covered in milk chocolate, would go to Angry Mom’s Ji-soo because I love that he can portray characters with a lot of unexpected layers, but also be completely adorable at the same time.

Camiele: First choice will never change and is quite predictable. My forever bias, Park Yuchun. Seeing as he’s fulfilling his military duties, and I’m pretty sure they don’t get very many sweets (even if he is doing public service), it’s gotta be something rich and fulfilling. I’m going the dark chocolate route again: 70% cocoa truffle, with a cognac liqueur center since he’s rather fond of harsher brown liquors.

The second has to go to my queen, Cheetah. (The only reason I didn’t choose Tasha is because she’s married and things could get weird… And I’ve got too much respect for JK to go there.) There are so many facets of Cheetah’s personality. We all know the ferocious side, but she’s also got this squishy little kitten residing next to the jungle cat. So she gets a layered chocolate bonbon. On the outside,we get the dark intensity of her hip-hop queen persona with a smoky 80% dark. On the inside, balancing out the harshness of the extra dark, there are two tiny layers of buttercream cake with strawberry cream between each layer.

This last one was actually rather difficult. In the end, watching the early-years episodes of Running Man made the decision for me. Song Joong Ki is just… ever since I saw A Werewolf Boy there’s been something about him that captures me every time he’s on screen. It’s a combination of his sweetness, pretty smile, and just how damn intelligent he is that endears him to me. So for him… a white chocolate champagne truffle. There’s so much sweetness in his smile, but he’s also got this gentlemen’s air about him. Something both sweet and decadent is certainly a perfect mixture for him.

Cjontai: I’m a choco-holic. Nobody is receiving squat from me. All the chocolate is mine. Do not take it unless you wish to face my relentless wrath. Sorry biases, but that’s where I draw the line. I don’t love y’all that much.