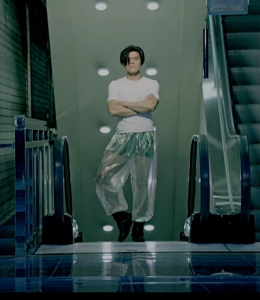 Hello everyone and welcome to another Comments of the Week! In this Seoulbeats Segment, we highlight some of our favorite comments from articles posted in the week gone by. Before we get to that, let’s have a quick recap of everything discussed on Seoulbeats!

In music, there were music video reviews of NCT U‘s debut with “Without You,” Homme‘s “Come to Me,” JYP‘s “Still Alive,” Dean‘s “Bonnie & Clyde,” CNBlue‘s “You’re So Fine,” and Eric Nam‘s “Interview.” As for album reviews, there were reviews for Hyosung‘s Colored, and Got7‘s Flight Log: Departure.

In TV-land, there were recaps and reviews of episodes 1-2 of Vampire Detective, episodes 5-8 and episodes 9-12 of Marriage Contract, and episodes 11-12 and 13-14 of Descendants of the Sun.

And in variety, the Produce 101 Support Group once again convened to talk about episodes 6-8 of Mnet‘s latest reality show, Produce 101.

In a break from the usual, Sydney tackled the conundrum of female soldiers, Sarah marveled over the trajectory of Taemin‘s career, and Seoulbeats has launched Highlights, a quarterly magazine covering just some of the best articles from the site.

In Seoulbeats Segments, there was a For Your Viewing Pleasure on flowers and to celebrate the coming spring, Week in Review, an SB Mixtape on songs to reenergize you, a Roundtable discussion of Minzy‘s departure from 2NE1, and Best of Weekly Music Shows. 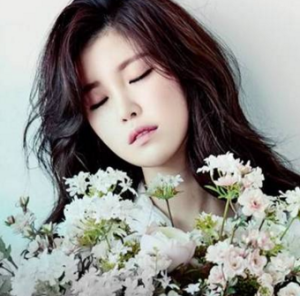 Ananya on Descendants of the Sun Ep. 11-12: An Explosion of Melodrama Clichés

Onew‘s acting is more a result of how terribly his character was written. Sure, he’s no Leonardo DiCaprio, but Daniel, who is a bad actor himself, is made bearable because he didn’t have to cry for six episodes straight. It would’ve gotten annoying if Song Joongki did it, it was annoying when Onew did it. Onew’s acting isn’t the best, but his character was scripted so poorly that it would’ve been impossible to feel any real emotion from him anyway. The writers got overambitious in trying to stuff a PTSD narrative into a side character fully well knowing they cannot do justice to the issue given the screen time side characters usually have. All things considering and keeping in mind this was Onew’s first real drama role, I think he did fine. His crying was genuinely sad in the earlier episodes until it just got annoying because he was doing it so often. Hopefully his character shows some more growth in the future episodes because this is honestly disappointing and considering he pulled off his character in Royal Villa very well and got a lot of praise for it, I will wait to see if he can do well given another character like Nam Joo Hyuk did in his transition from School 2015 to Cheese in the Trap. 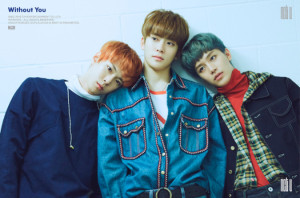 poppysky on The Career That Taemin Built

Taemin has definitely surprised everyone, not only with his dancing and vocal ability, but also in the sheer transformation from baby-dol to namja-dol in what seems like a blink of an eye. However, while Press It saw a marginal improvement in his range as an artist, I still believe that he has a potential for growth and change (change being the Key word here), especially when it comes to moving away from the SHINee sound that underlies a lot of his solo work. Not to say that it’s a bad thing but in a competitive scenario such as K-Pop, it would definitely help to diversify well and create a niche like Jonghyun has.

mijooliet on NCT U Nail the Aesthetics in “Without You”

I surprisingly love Without You, and while I know that this a generic song, I really love the ‘free’ feeling it gives. Let me try to explain this… Yes, the song is about the boys’ expressing how ‘you’ are their everything and how miserable they are without ‘you’ but something about this track allows us to open our windows and sing while enjoying the sky, regardless of the lyrics. And who says we can’t grieve or wonder without feeling some sort of ‘freedom’ to do so? That free (and also dreamy, I suppose) vibe is enough to make Without You one of my favorite SM debut songs ever.

And that’s it for this week! Thank you to everyone for reading and commenting!

(Some comments have been edited for brevity and clarity.)