Marriage Contract Eps 5-8: Secrets Out in the Open 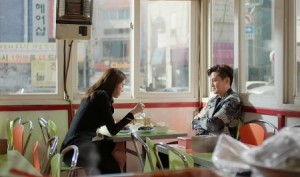 For a weekend drama, Marriage Contract has been pleasantly realistic in its depiction of full, fleshed out characters. Though there was a little extra makjang spice thrown in these past few episodes, the show continues to deliver a well-rounded world of characters who are multidimensional beyond their flaws and struggles.

Ji-hoon and Hye-soo’s (illegal) organ “donation” scheme becomes harder and harder to keep secret, forcing them to tell the people around them bits and parts to keep the ruse going. But the more the secret gets out, the more Ji-hoon and Hye-soo have to fight to make this surgery happen, and the more involved they become in each other’s lives. Hye-soo is the one to convince Ji-hoon’s mom to accept the surgery, for example, and when bribing Eun-sung falls flat Ji-hoon turns to sincerity to win her over.

As they are exposed to more of each other’s worlds, the more they begin to understand each other in unanticipated ways. After seeing what lengths he’s willing to go for his mother, Hye-soo understands that Ji-hoon is actually kind and that his prickly nature is more a consequence of his pressure-filled situation, and after seeing how Hye-soo’s former mother-in-law lashes out at her, Ji-hoon begins to understand just how much she’s been through in raising Eun-sung all by herself. It’s these insights that allow them to keep fighting toward their joint goal, despite all the obstacles that keep piling up — ex-girlfriend Na-yoon, ex brother-in-law Seung-joo, and the biggest of them all: Ji-hoon’s father.

So far, I’ve found the progression of Ji-hoon 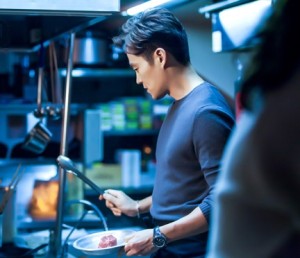 and Hye-soo’s relationship to be organic and believable — true to Ji-hoon’s nature he falls for her first, though he doesn’t quite understand his feelings yet while Hye-soo is much more guarded with both her own and her daughter’s feelings. It was very sweet to see them start to take care of each other, especially since neither is used to being taken care of — Ji-hoon fussing over Hye-soo when she gets sick was especially cute, from him staying the night to make sure she gets better to insisting on cooking for her the next day. He’s much more willing to express the growing connection between them (his embrace when she comes back after losing her phone for example) but Hye-soo has her moments as well (shielding his eyes from seeing the hostess’ cleavage comes to mind). It was a real breakthrough moment when she acknowledged the impact he’s having on her, and recognized that she’s capable of experiencing that kind of excitement/emotion again.

I have mentioned this before, but Uee continues to blow me away with her performance so far — the scene in which she gets her former mother-in-law’s blessings only to lose her phone and be told off by the bus conductor particularly sticks out. It was difficult to watch even as a viewer, and her subsequent breakdown was so raw and cathartic. Uee really delivers in this role, managing to be bright and strong despite how rundown Hye-soo’s situation is.

As I touched on earlier, the show’s strength has been how well developed even the secondary and minor characters are. From Ji-hoon’s “evil” stepmom and half-brother to Hye-soo’s “evil” former mother-in-law, no one is completely evil or flawless. It would be especially easy to dismiss Papa Han as a bad drama father, but you get the sense that he’s always had this pragmatic, self-preservationist mentality and doesn’t understand how others can think differently. In the end, he relents to the surgery though he sets his own conditions. With this final hurdle out of the way, the (very risky, illegal) surgery is all that’s left and I’m interested to see if they actually go through with it, or if Hye-soo’s own health becomes the next obstacle.