The Career that Taemin Built 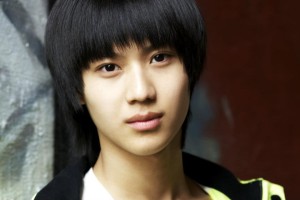 There are some people who just stand out in a crowd no matter what, and in the massive crowd that is the K-pop scene, Lee Tae-min is one of those people. The maknae of star group Shinee has long been someone to watch. Being known from the start particularly for his creative and fluid dancing skills, he’s now also created a very successful solo career for himself, singing and dancing alike.

He’s seen now as a strong, masculine and fluid dancer but it wasn’t always that way. People have commented again and again on Taemin’s sudden transformation from cute maknae to the smouldering man who exploded onto the solo scene with “Danger”. Of course, his growth is so much more than a new haircut and style.

From the very first crisp formations to his debut dance solo in “Replay”, you could just tell the kid had potential. His face might have been that of a 14-year-old baby, but he already had a full dancer’s control over his body. Jonghyun and Onew might have been the most vocally impressive off the bat, but everyone could see Taemin’s dance talent was miles ahead of his hyungs’. 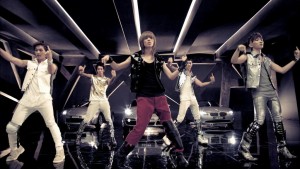 As the group performed on music stages and began to grow and try new things, Taemin continued to hold the center when it came to dancing, both physically in formations and by catching the eye. The other members certainly improved their skills, but Taemin improved right along with them and it became clear that the limit to his talents was still so very far off.

Shinee has always had different and interesting choreography – just take a look at this performance of their 5th single, “Juliette”. Whether it was the choreography inspiring Taemin or Taemin inspiring the choreo, being able to perform such intricate and creative choreography on stage must certainly have helped him hone his dance skills.

Moreso, by the time they came out with “Hello”, and performed it without a single dance move choreographed, we could see Taemin finally holding his own with the other members in a singing capacity. His voice was not the strongest from the beginning and for Shinee’s first few years, he was often shaky in live performances. But in “Hello”, they were able to utilize his natural tenor range and give him a few good strong lines. He sometimes still sounded unsure of himself, but it was a big step up.

He also showed his growing strength with his vocal lines in “Lucifer” and “Sherlock”. And when “Sherlock” duck stepped into our lives, it was clear we would never stop being impressed by this dancing (and now singing) machine (or the rest of his group). 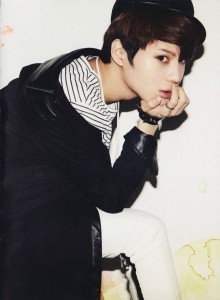 When SM decided to create a Performance (read: dance) group to parallel their collab Ballad group, it was a sure thing that Taemin would be a member. No one was surprised that he was considered one of the best dancers in SM, and he continued to prove himself dancing alongside his sunbaes, Yunho, Eunhyuk, Donghae, and Hyoyeon, for “Maxstep” and their end of the year awards show performances.

Not only could we see him side by side with the more experienced dancers of SM, but we could also compare his skills to the new kids from EXO, Kai and Lay, and it was clear just how much control and experience he had in comparison.

By the time 2013 rolled around, not only had Taemin proven himself amongst his peers as a spectacular dancer, and a competent singer on his own, but now he was featuring in songs (arguably more difficult than leading them), and acting in music videos. In Henry’s “Trap” especially, he shows off his singing skills by not only performing his backup lines but also covering Kyuhyun’s high tenor adlibs during live performances. He also showed off his growing vocals in “Everybody”. 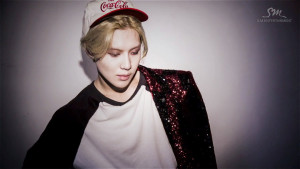 His image was changing as well. Taemin no longer appeared on stage as that iconically adorable, long-haired, pretty maknae. As he was maturing his professional skills, he also matured in physical features and changed his style to go along with it. Gone was the long hair of “Lucifer” and “Sherlock” — now he was cleaned up into a handsome and sexy young man. After all, at 20 years old, he was now finally an adult.

As such, he featured as the main lead in BoA’s music video for “Disturbance” where his acting skills were quite satisfactory, and then teamed up with Jonghyun to kill fangirls everywhere with their concert performances of “Internet War” (originally performed by Seo Taiji).

Yet it was still a surprise when SM announced their plans to give Taemin his own solo career. He was still known for his dancing, which was of course the best of the best, but could he create a successful vocal album without Jonghyun or Onew or Key backing him up? Our faith in the world, and in Taemin, was restored when that first album Ace went immediately to #1 on the weekly and monthly Gaon Charts, hit #2 on the Billboard World Albums Chart, and went on to win the Bonsang and Popularity awards during that year’s Golden Disk show.

And finally we have his most recent solo comeback, which he just wrapped up. With both promotion songs, “Drip Drop” and “Press Your Number”, the most noticeable difference from “Danger” was how comfortable he sounded with the singing. On “Danger” his voice sometimes sounded a bit strained, but the style of both these more recent tracks lent themselves to a softer vocal sound and allowed Taemin to relax.

Of course, when Taemin relaxes, we all know that his dancing only gets better. So, this time we were given two amazingly intricate and complicated dances which were executed absolutely perfectly. During this round of promotions, interviewers have taken to asking him how he makes it look so easy. Somehow he manages to fit 2 or 3 dance moves into what looks like one smooth movement in the span of a few seconds, while never looking even slightly tired. That’s truly the sign of a great dancer. 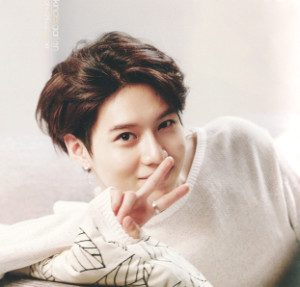 I will be truly amazed and at the same time not at all surprised if Taemin has improved even more when his next comeback rolls around. Not only that but he seems to be taking more and more artistic license, which is a great sign for his growing career. He is a man of seemingly limitless potential, and he has clearly shown over the years just how far his motivation and skill can carry him. That is, we are so far from seeing the last of him that he may ultimately go all the way and become the Big Space Star that Kim Hee-chul keeps claiming the title of.