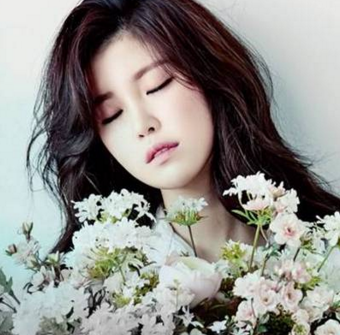 Hyosung has returned as a soloist at long last, bringing her powerful dance skills. TS Entertainment might have questionable management methods, but they definitely have put in lots of effort with Hyosung. As her third release as a soloist, “Find Me” feat. D.Action, is another foothold to cement Hyosung’s ability as a soloist.

While “Goodnight Kiss” played with the familiar childhood lullaby and “Into You” did the overused sexy idol does a sexy song thing, Hyosung’s second mini album Colored demonstrates more range.

Right off the bat, the album forgoes the typical sub-60 second introduction track. “Follow Me” is full track anthem telling girls to be confident and just enjoy life. As the first track on the album it definitely commands interest with blaring horns and meaningful lyrics. The fade away of the instrumentals when Hyosung is speaking at the start really draw attention to what she’s saying.

“Ladies pay attention. Come on!
From now on be confident
Stand up straight and confidently.”

The straightforward lyrics speak to listeners directly, which make the song easy digestible.

“Find Me” is also a dance track, but infused with elements of house and EDM that make it sound like a European summer dance song. A good title track should be easily promotable and catchy: whether that’s through being impactful through sexiness or cuteness for girls. “Find Me” definitely plays towards the elegant sexiness of Hyosung while the pulsing beat allows her to show off her dancing chops.

The only flaws to the song are the repetitive melody that is broken up by weak adlibs and a lackluster rap section by D.Action. Usually the rap section offers a respite from the song by changing the dynamics of the song before the bridge kicks in; but here the rap meanders along before ending.

Focusing on the lyrics, “Find Me” is very different from “Follow Me” as it shows the vulnerable side of girls in love as they want more affection. While the transition between the introduction track and title track was pretty seamless, lyrically the differences are stark. “Find Me” as the title track is definitely catchy, but with slightly different production on the track it could be amazing.

Following the excitement of the title track, “Busted” remains uptempo but is squarely a B-side. The song plays with repetitive sounds and the chorus has a chanting feel about it. Lyrically “Busted” is in the same vein as “Follow Me”, focusing on the perspective of a confident girl and her belief that guys will fall in love with her. So therefore the chanting feels almost like a spell, an incantation to charm guys. 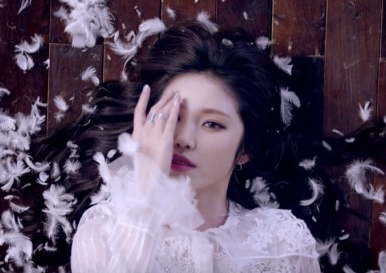 The album mellows out with “So Good”, which starts out with an older K-pop vibe before the chorus hits and one realizes that it is essentially vintage K-pop. The singing is very breezy and not pointed like with modern tracks. At this point “So Good” talks about a girl who is satisfied in her relationship and thinks that it’s so good. It’s a pretty forgettable track since when emulating older time periods for music it needs to be either modernized or be very interesting melodically.

Colored slows down even more with “Dear Moon”, which is the representative ballad song that is important because Hyosung wrote it. The song is very stripped back and raw, even showcasing Hyosung’s lower range to convey her earnestness. While no one would ever say Hyosung is a tremendous singer, the execution of this ballad proves that she’s continuing to grow as a vocalist by pushing herself to sing to a very bare track. 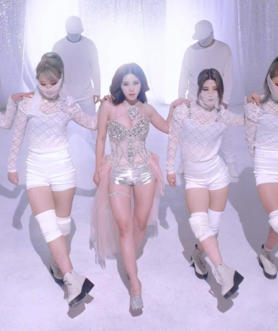 Rounding out the album is “Hello”, which is unassuming cafe music. Similar to “Follow Me” it has a lot of speaking sections but instead of speaking in commands, Hyosung speaks softly like she’s whispering sweet nothings to a lover. The doo-wops in the background try to pique some interest in this dreamy sounding track, but fail as they too become part of this repetitive almost-lullaby. While there is nothing wrong with this track, “Hello” in stark contrast to “Follow Me” lulls the listener to sleep.

Hyosung herself describes the album’s title as the colors of happiness with all of the tracks thematically tied to happiness. That’s a pretty broad theme, and “Dear Moon” has nothing to do with happiness… Unless you consider a lack of happiness part of the theme. 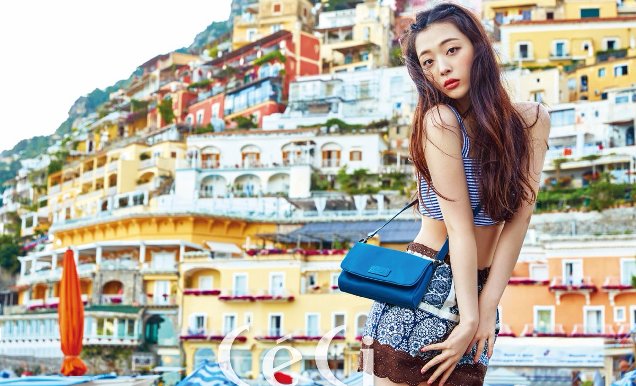