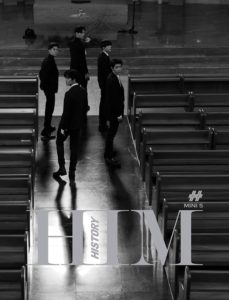 Almost a year after History’s last Korean release, “Just Might Die,” fans have finally been given another full MV with the release of “Queen.” The quintet from Loen Entertainment has continued with their strengths and made something quite excellent happen. The MV is interesting, artsy, and still great fun. The song is catchy and danceable but not too overproduced, and the dance is fascinating and different.

History’s last few releases, “Just Might Die,” “Psycho,” and “What Am I To You” all had wonderfully choreographed dances that complemented the songs and added something interesting to their performances. “Psycho” and “Just Might Die” took it a couple steps further into the realm of concept dances, and the dance  for “Queen” follows right in their footsteps. I’ll look at the details of the dance a bit later, but first to explain the dance we have to look at the lyrics of the song.

“Queen” was composed by History’s resident songwriter, maknae Yi-jeong, with the lyrics being written by him and fellow member Si-hyoung. Yi-jeong was also the composer for last year’s title track, “Just Might Die.”

Following a club-trance intro beat and a jazzy Latin-influenced saxophone chorus of “Don’t touch it, we love it, she’s dancing on the floor,” the lyrics dive into an anthem of having fun, living life hard, and loving freely:

The weather in Bangkok is unpleasant

Someone puts fire on the hips

I can’t hear but focus

I’m the king, you’re the queen

You are the hero tonight

I rarely answer my boss looking for me 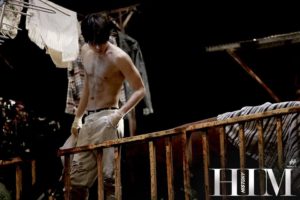 The theme is a fine one, if not the most responsible. Let’s go out, be adventurous, and have fun. The simple theme fits well with the simple bass and clap beat of Jae-ho’s rap verses and Yi-jeong’s rhythmic whisper chorus, which rises smoothly into Kyung-il’s and Do-kyun’s faster sung verses.

Having Jae-ho rap was a nice change — though he was originally considered a rapper he hasn’t really filled that roll for their last three comebacks. Yi-jeong normally has a wonderfully smooth mid-range singing voice, so having him do the low whispery chorus was fascinating, as was Kyung-il’s use of his surprisingly high tenor range. Having members use their voices differently from song to song always makes their music more interesting to listen to.

I actually found myself really enjoying the ridiculous English lyrics of Yi-jeong’s bridge as well. Anyone who can rhyme “crazy intoxication” with “historic criminalization” in a language that’s not their native tongue, and have it manage to make sense, gets bonus points in my book. 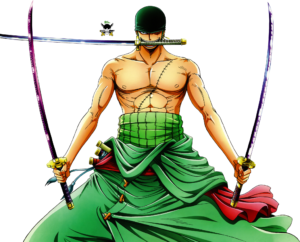 Another strange reference made in the lyrics is the line about the “Roronoa man,” which I assume is referring to the One Piece character. Correct me if I’m wrong, but I figure a swashbuckling pirate swordsman is not a bad reference to make for a song like this. The fascinating combination of cultural references in the lyrics continues in the rap break:

Everything is free whoever I’m with here

Free goddesses seduce me when they see me

There is an awful lot of name dropping in these lyrics. James Bond makes some sense — a fun-loving guy — as perhaps does the Roronoa man. However, Beethoven is a stretch (he was deaf but made the most of life and created amazing music, true), and Pac-man? Well, I guess they’re all just planning on eating up the world. Perhaps there’s reason behind these references and perhaps they were simply thrown in to name-drop. Since lyrics don’t always have to make perfect sense, I think I’ll give them a passing grade; not an A, of course, since the references are still random and confusing, but at least the final product sounds good.

As for the MV and the dance, well they definitely add to the song in the best way. In the MV, the members are showing two sides of the type of people who throw everything to the wind to have fun. The characters in the MV are all fairly normal; one who works a boring, dead-end job as a barber, one who’s a bit of a drunk, one who really likes to take baths, someone who’s depressed, and a down on their luck amateur boxer (obligatory shirtless shots). The shots of them milling about, doing their normal things, are all quite lazy and simple. 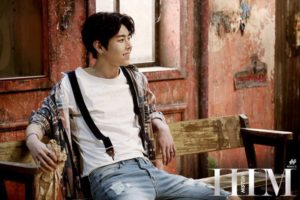 The dance, on the other hand, (and the costume change at the end of the MV) shows History as they are at the club. The whole style of the dance choreography fits the theme perfectly, using club dances instead of more jazzy or modern moves as History has used before. From the imitation of getting drunk in the intro, to using stunts to climb on each other and hip thrust in mid air, to the slightly sleazy dance duet during the rap break, and the “get-down” dance move of the chorus. Of course, the use of back-up dancers to imitate grinding upon one another as one would in a crowded dance club was spot on.

The MV also references back to the lyrics, and to the dance. When they do their intro drunk-dance, they splice together shots of Do-kyun’s bottle in a bag, and him spilling it on the floor. When they sing of “put[ting] fire on the hips”, someone lights a trail of fire in the spilled alcohol. All of the members’ characters look quite exhausted from apparently doing nothing all day and clearly need a good night out. As Do-kyun gets more drunk he smashes a store window and steals a saxophone (kudos for choosing the sax to reference the jazzy chorus line). He can apparently play a bit, but then just devolves into drunkenly cuddling it like a baby.

The costume change into their very slick black suits coincides with a subtle transition in the MV. Si-hyoung wakes up from his nap and stretches, begins to eat an apple, and fluffs his hair. Yi-jeong finishes his workout, throws a towel over his head, and undoes his boxing hand wraps. Jae-ho finally gets up out of his chair, and Kyung-il gives himself a pep-talk in the mirror and spritzes himself with cologne. They’re slowly getting ready to go out and party, which they then show through their dance choreography. 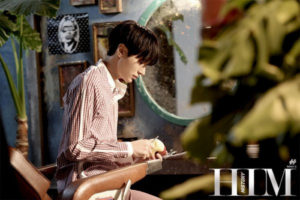 The only thing that felt a bit off in the MV is the throne and puzzle pieces toward the end. The reference to the Queen of the song is clear with a royal throne, but why the men are searching for puzzle pieces and bringing them to pay obeisance to an empty throne, I am not sure.

While they don’t have much plot in the rest of the MV, the throne reeks of them trying to put a storyline in at the end and falling short. However, they really didn’t need to add more plot. They succeeded in finding the feeling to their theme, and presented it quite well through the MV and the dance.

Overall, my impression of the whole product, the MV and the song, is that it might not be beyond perfect, but it all fits together so seamlessly and is all such an impressive finished product that there’s really very little I can say didn’t work. It might be a bit odd in places, but it pulls together to make a very appealing piece, visually, lyrically, and certainly musically. The gentlemen of History continue to create fascinating product after fascinating product, top to bottom. So, another amazing comeback for History, and here I am hoping yet again that it will bring more fans to this under-appreciated group.