2019 has been a bizarre year already, and it only got more bizarre when YG Entertainment founder Yang Hyun-suk resigned from all roles he held at the company, including Head Producer. It seemed that the many scandals linked to the K-pop Goliath, the latest of which also took down iKon‘s B.I, had finally toppled the man who once seemed unmovable.

In a 2016 softball interview for the company’s own PR blog, YG-Life, Yang Hyun-suk described YGE as finishing its “first volume” and embarking on a second. The idea was to clearly mark eras and hope that the success of the first “volume” would rub off on the second. What has happened since — including police interrogations — shows that this definitely did not happen.

For a long time, it felt as though YG Entertainment could do no wrong. Founded by a member of the prototypical Seo Taiji and the Boys and having established itself with first-generation acts like Jinusean, 1TYM, Gummy, Wheesung, and Seven, in addition to gaining international attention with Big Bang and 2NE1, the agency was rewarded for taking a chance on big names plagued by issues. Psy was poison after his re-enlistment, but enriched YGE with megahit “Gangnam Style.” Tablo joined wife Kang Hye-jung‘s then-agency after a self-imposed exile following the Tajinyo witch-hunt, followed by the rest of Epik High.

YG Entertainment also attracted rising stars from the reality show circuit. K-pop Star‘s appeal was having judges from the Big 3, and Yang Hyun-suk took a shine to Lee Ha-yi and Akdong Musician (or, rather, Lee Suhyun). YGE capitalised on their widespread appeal and turned Lee Hi and AkMu into “monster rookies.” Add to this the signing of first-gen legends Sechskies, the expansion of is acting arm, the debuts of more monster rookies in Winner, iKon, and Black Pink, the growth of its sub-labels, and being invested in by LVMH and Naver, and it’s not hard to see why YG Entertainment was so highly regarded, especially during the early-to-mid 2010s.

Of course, it was not all smooth flying that high up. Lee Hi’s debut was initially advertised as a precursor to that of SuPearls, a popular impromptu girl group formed on K-pop Star; however, SuPearls disbanded before debut, leaving many to believe YGE had quashed the group after Lee Hi’s success. This was especially disappointing to many fans who were looking forward to the debut of a biracial idol in Lee Michelle (Black Korean artists like Insooni and Yoon Mi-rae were already active, but not part of K-pop).

Also concerning were the undercurrents of misogyny that fans felt with the dealing of SuPearls and beyond. YG himself was obsessed with creating a “YG SNSD” and his obsession with having a “pretty” girl group led to a lot of lookism targeted at 2NE1, not to mention YG’s own attempt at starting a fan war. In addition, Gummy was left neglected while YG focused on newer acts until she moved agencies; Bom was treated similarly, and changed agencies following 2NE1’s disbandment, though Minzy decided to take charge of her own career and move agencies of her own volition. Mix Nine put female idols through an intense rigamarole only for the male idol group to win the show and go on to debut — and YGE didn’t even do that, making Mix Nine more controversial than Win: Who is Next had been when it was first announced.

There were other concerning matters like Nam Taehyun‘s departure from Winner (and YG blaming his mental health for it), as well as relatively minor complaints like star recruit Lee Jong-suk‘s apparent frustration over delayed fan meets and staff shortages, as well as a sense of changing eras with Epik High and Psy leaving. These are things we as Hallyu fans pay more attention to, the things that have a visible and more immediate effect on our consumption and enjoyment of K-pop. Then there are the more serious issues that also affect much more than just our Hallyu habits.

The first signs of much deeper problems in the company was during the aftermath of the Choi Soon-sil scandal that ultimately saw South Korea’s first female president, Park Geun-hye, impeached. YGE and Psy were linked to Choi’s niece Jang Si-ho, who received a 30-month sentence for extorting money from Samsung. Jang is said to have befriended Psy and taken up a position at YGE to be their liaison with Choi Soon-sil. YGE and Psy both denied having any ties to Jang — this was, in fact, the impetus for the “new volume” interview Yang conducted for YG-Life.

Less deniable was a link to Cha Eun-taek, who directed Psy’s “Hangover” and Big Bang’s “Lies,” among others. Cha was part of Choi Soon-sil’s inner circle and helped to control South Korea’s cultural output. Cha allegedly played a role in making Yang Hyun-suk’s younger brother, Yang Min-suk, the youngest member and first entertainment company CEO to join the board for the Presidential Committee for Cultural Enrichment, a committee created during the Park Geun-hye years that supplanted the Culture Ministry, placing more control in Choi Soon-sil’s hands. Dispatch also detailed how YGE was able to invest in a proposed “K-pop cluster” to be built in Gyeonggi-do through Cha’s influence, without going through a public bidding process. Cha was sentenced to three years’ jail in late 2017.

YGE came out of “Choi Soon-sil Gate” without facing any obvious repercussions, and “volume two” continued on with the usual amount of success and failure (see above). Then the company experienced a massive blow with the uncovering of human trafficking and sexual abuse occurring at nightclubs attached to YGE and Big Bang’s (now former) maknae, Seungri, in what is now known as the Burning Sun scandal. Current reporting posits that the now-closed club was used by YGE, Psy and Seungri as a venue for schmoozing investors like Jho Low of 1MDB infamy, an exercise which often involved the provision of sexual entertainment.

The police investigation into Burning Sun also led to another investigation into alleged tax evasion by YGE. Seungri announced his retirement from entertainment and departure from YGE and is now facing a number of embezzlement, prostitution and sex crime charges in the lead-up to his enlistment. Even male celebrities not affiliated with YGE experienced consequences through their association with Seungri and, much more importantly but sadly less relevantly, their own sex crimes.

Through all this, YGE and its leadership were able to maintain a somewhat dignified distance through PR denials. But what did get YG, though, was the revelation of then-iKon leader B.I’s drug use.

Drug-related “scandals” are considered to be somewhat of a speciality of YGE’s, with the company being referred to as a “pharmacy” by the Korean public. G-Dragon thought he was smoking a cigarette, not a blunt. Kush said that he bought cocaine to treat his depression. In a case that can’t be fully grouped in with the rest, Bom was legally prescribed Adderall overseas, but didn’t realise it was illegal in South Korea. And revelations of T.O.P’s marijuana use resulted in his traumatic hospitalisation.

GD’s case from 2011 resulted in only a warning after a months-long process. Bom also was pardoned in 2010, before enduring a public reaction after the news was made public in 2014, in the midst of the Sewol sinking aftermath. The more recent cases saw T.O.P and Kush receive suspended sentences, with the latter also leaving YGE’s The Black Label; these charges may have been more severe due to the frequency of use and the nature of the drugs used.

Considering this, it is clear why YGE went to the lengths it did to cover up B.I’s use of marijuana and LSD in 2016. When the person who provided B.I the drugs — later revealed to be Han Seo-hee, who had also taken drugs with T.O.P — was caught by police, the company used Winner’s Seunghoon to lure Han to the agency and have Yang Hyun-suk himself pressure her to change her testimony, though YGE alleges that they merely wanted to stress B.I’s internal negative test results as proof of his innocence. This narrative was furthered by B.I himself when he left (or was expelled from) YGE, when he claimed to have sought drugs due to mental illness (similar to Kush) but never used them.

Han had actually submitted an anonymous complaint to the Civil Rights Commission regarding YGE’s links to the police, a topic which has been broached multiple times over the course of the Burning Sun investigations. Her name was only made public during the flood of news regarding B.I’s past drug use, made public by Dispatch.

With another drug scandal compounded by claims of blackmail and police interference, the only course of action that Yang Hyun-suk appeared to have was resignation; Yang Min-suk followed soon after, just months after shareholders voted to keep him as CEO. The vacuum has since been filled by former CFO Hwang Bo-kyung. Appointing a female CEO in light of recent scandals reeks of the typical PR spin companies employ in dire situations, and we will have to wait and see how this particular glass cliff scenario plays out.

In addition to tax evasion and embezzlement, Yang Hyun-suk is now under investigation for blackmail, soliciting prostitution, influence peddling and much more. “Papa YG,” as he used to be called by most fans and probably still is by some, was most recently seen returning from a nine-hour questioning session with police, where he denied all claims against him.

The fallout from this is taking the form of fan boycotts, as well as jumping ship by those who can. Unlike music acts who would lose access to their discography by moving agencies, especially idol groups created by YGE, actors have more freedom to move around and are apparently taking advantage of that fact. Though Psy left YGE last year, before the current spate of scandals, he is now emerging as a participant in these activities, as well as a link to Jho Low. Investors and shareholders have also been concerned about YGE’s plummeting shares, while the general public has criticised the apparent police corruption that allowed YGE to avoid legal consequences for itself, its staff and its artists.

Despite everyone’s displeasure, the Yang brothers still hold all their shares and together have the biggest say in company decisions. As such, appointing a CEO from some among their staff, who may or may not be anything more than a token hire, is likely not enough to effect any lasting change at YG Entertainment. And changes desperately need to be made.

While dealing with corrupt officials is, sadly, a reality of our current world, YGE’s apparent embrace of this corruption through Choi Soon-sil’s network and their own contact with police has ultimately come to cause the company more harm than “good.” Instead of supporting artists through mental challenges and helping them find ways to combat their drug use, resources were instead dumped into buying off people and using mental illness as an excuse.

Aori Ramen recently sold off Seungri’s shares in the company and donated the proceeds to charity. Could YGE do the same to the Yang brothers’ shares? Or will another party take advantage of the situation to tighten their grasp, á la the Weinstein situation? Will YG face any charges, any court time, any possible jail time?

Now, there’s a question to put on those teaser posters. 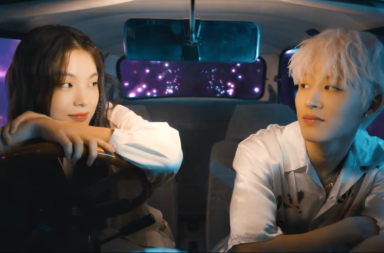