Coping with the Aftermath of Sewol 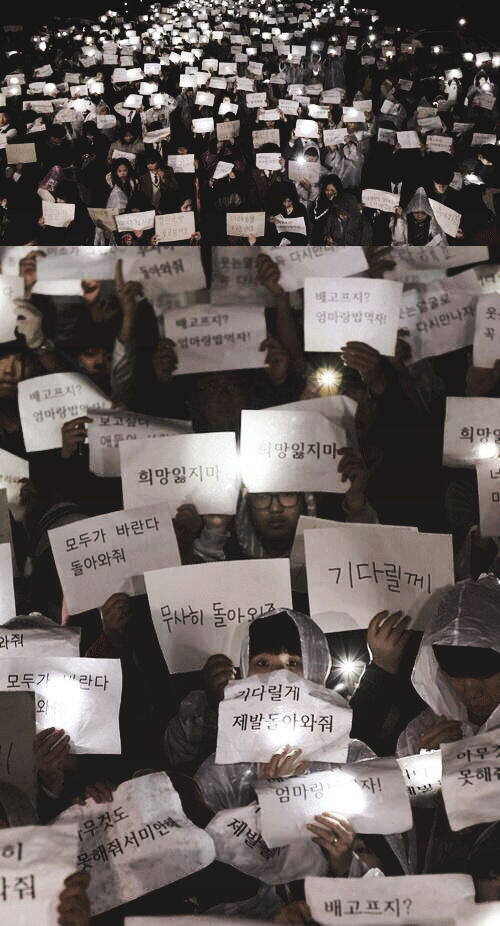 It’s been a week since the devastating end of the ferry, Sewol. The incident, however, is still fresh on many people’s minds as South Korea continues to mourn over the heartbreaking loss. Exactly six days after the ferry capsized, the death toll surpassed the 150 mark, transforming hopes of finding missing students into wishes of returning cold bodies to their families.

The whole country has been holding their breath, and the entertainment industry has been put on pause almost completely, especially during the few days immediately following the disaster. Music releases, concerts and fan meetings, variety show filming, scheduled broadcasts — everyone took a moment of silence to pay respect to the victims.

But instead of sitting around and waiting for updated news, quite a handful of celebrities have busied themselves trying to provide help in some way.

While endless public figures have offered their condolences and prayers on official company sites and social media outlets like Twitter, a select few decided to take more physical action to personally travel to the site of Sewol’s demise some 290 miles south of Seoul.

Actor Jung Dong-nam, current president of the Korean Rescue Federation, arrived in Jindo, one of the islands closest to the sinking, the day after the disaster. Previously recognized by the U.S. National Transportation Safety Board for his work as an Underwater Demolition Team (UDT) agent, the actor aided search operations in the 2010 Cheonan warship incident as well. During a phone interview, Jung Dong-nam commented on the difficulties of rescue operations after he arrived on site.

The same day, MBC comedian Kim Jung-goo announced his own trip to Jindo via Facebook with a photo of himself diving as well as his industrial engineer diver license. Actress Park In-young — the older sister of Super Junior‘s Leeteuk — also made her way south with two managers in order to provide assistance to anyone in need. 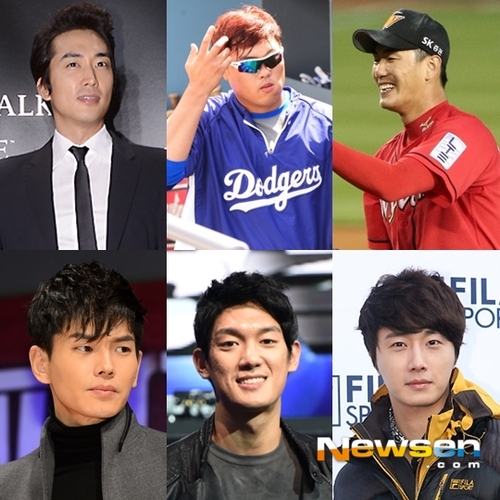 To financially aid rescue missions and tend to families of the Sewol victims, retired Olympic champion Kim Yu-na and top actors Song Seung-hun, Cha Seung-won, and Ha Ji-won have each donated 100 million Korean won through various organizations like UNICEF, the Korean Salvation Army, and the Community Chest of Korea.

Among a long list of many others, Jung Il-woo, Han Hyo-joo, and the production team of ongoing drama Three Days have all confirmed their donations of 30 million won each, celebrity baseball team ZomaZoma pitched in 10 million won, and United Artists Agency (UAA) — the management company of Kang Dong-won, Song Hye-kyo, and Yoo Ah-in — sent in their share as well.

Dodgers pitcher Ryu Hyun-jin also offered help across the Pacific Ocean from Los Angeles. After donating 100,000 U.S. dollars through his self-established HJ 99 Foundation and putting up a “SEWOL 4.16.14” sign on his personal locker, he continues to sign autographs to fundraise with his Korean-American fans.

Followers of idol groups have contributed as well, with fans of F.T. Island, B.A.P, VIXX, Exo, Infinite, and other artists sending in care packages with items such as instant coffee, vitamin packs, and t-shirts — all in the name of their idols. Online comments made by these fans include:

I want to send the people in Jindo a hot cup of coffee.

I know that it’s just a small gesture, but if we can be of some small help to anyone in Jindo, that would be great.

Despite being often criticized for a wide variety of mindless activities, a majority of idol group fans are still able to turn their attentions towards victims in times of need. And just as they’ve expressed, small inputs can come together to make a big impact.

Actor On Joo-wan, during his direct call to the Salvation Army, commented on his donation of 10 million won being minuscule compared to the 100 million relief offered by Song Seung-hun and apologized for being unable to provide more. However, his gesture alone is moving, and will hopefully make positive impact in some way.

Taking a different route, Tablo expressed his wish to comfort everyone affected by tragedy through sharing music on his radio show, Tablo’s Dreaming Radio. He discussed his experience with healing his own heart through music and therefore wishes to do the same for others.

Whatever the means, the people of South Korea — and around the world — have all come together to pray for the suffering caused by the tragic ferry. On April 22, the South Korean government announced a compensation of 260 million won for every family of the Sewol victims, but of course, this money cannot come anywhere close to the safe return of a loved one. Unfortunately, the fates of the 140+ missing individuals — as of one week after the incident — remain grim. 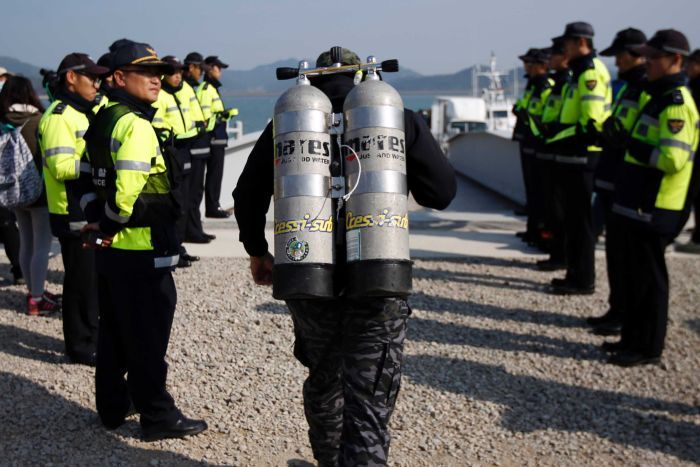 With monetary aid from celebrities and citizens alike, those with the power to do so should perhaps also consider offering psychological aid in the future to members of the rescue teams currently operating the dark waters surrounding Sewol. After his team managed to collect 14 bodies, a diver remarked:

We have to touch everything with our hands. This is the most grueling and heartbreaking job of my career.

There’s no doubt that the Sewol tragedy will leave South Korea a deep scar, and one can barely begin to imagine the scenes witnessed by the rescue divers.

The world has seen a fair share of tragedies in 2014, but, hopefully, the year will see a decrease in mournful headlines in the coming months. As we continue to pray for South Korea, may the victims rest in peace and their families receive the prayers of all those who have offered aid. 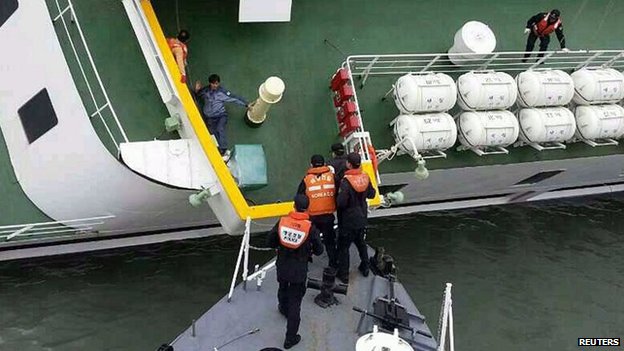