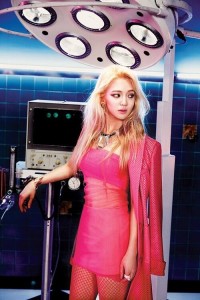 February is already a great month for releases, with much anticipated comebacks from BTS, BtoB, Sunmi and a host of others. But then K-pop brought out the big guns, in the form of the two top girl groups in K-pop: SNSD and 2NE1.

It all started on the 12th, with SM announcing SNSD’s new mini-album and title track “Mr. Mr.” The MV teaser presented a new look and feel for SNSD, and fans couldn’t wait for the announced MV and digital album release date of the 19th, followed by the physical release in the 24th. After more than a year, Sones were getting new material which looked promising, and everyone couldn’t be happier… for, like, three or so days.

After hearing about SNSD’s comeback YG must have remembered that he had a girl group with an album, too; and on the 14th he took to YG-Life to announce 2NE1’s second album, Crush, to be released on the 24th digitally with the MV coming out on the 28th. FINALLY. It seemed an impending world tour and mounting fan pressure wasn’t enough — only the return of the nation’s girl group could move Yang Goon to actually release something 2NE1-related. 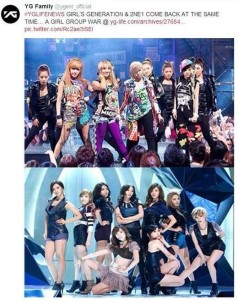 But it seems YG’s obsession SNSD has grown, for he couldn’t seem to be able to talk about 2NE1 and their album without dragging the Soshi name into it. Along with the 2NE1 album announcement, YG-Life also put up a post titled Girl’s Generation [sic] & 2NE1 Come Back at the Same Time… A Girl Group War (seen at right). The post and accompanying tweet were deleted after a while, but they achieved their purpose of hyping 2NE1’s comeback… in a rather unsavoury way.

It’s usually the nugu groups from smaller companies using SNSD’s name to promote themselves, like Chi Chi. But 2NE1 isn’t some unknown entity, they are still counted as one of the top girl groups in K-pop. It seems YG has finally realised what a poor job he’s been doing with promoting 2NE1, though he wouldn’t dare implicate himself publicly:

Gee, I wonder whose fault that was. And now that he knows he needs to promote 2NE1 more, he does so by… declaring a “girl group war?” We can call him a troll, but I’m pretty sure he’s insecure about 2NE1’s popularity and ability to capture public attention — at least, compared to SNSD. 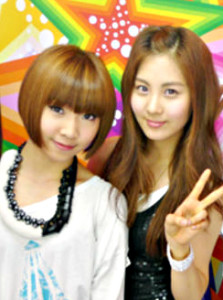 Just as the fact that we would be seeing overlapping promotions from these two girl groups since 2009 was sinking in, SM decided to delay SNSD’s comeback. They said it was due to “data corruption” of the MV (but I thought the teaser was meant to look like that?), but we can read between the lines here: SM had basically called YG’s bluff. Despite all the hype about the girl groups going “head to head,” the two albums were actually set to be released a week apart digitally. It was stretching the truth a bit, to say the least. However, now that SM has pushed the “Mr. Mr.” MV and digital release date back to the 24th, we finally have what YG always wanted: an actual head-to-head battle.

Or is that what he really wanted? Following this revelation from SM, YG went into damage control. First — and I cannot believe I am writing this — he edited the date in the original blog post announcing the Crush release date from the 24th to the 25th. Because YG-Life is the law of the land, you see; all those news sites reporting that 2Ne1’s album is coming out on the 24th? They’re all lying! Only YG knows the truth!!

And that truth, as is becoming more and more apparent, is that YG is getting desperate. Today he pretended that he never changed the release date to the 25th, instead moving it from the 24th to midnight on the 27th because:

…as CL’s birthday falls on February 26th, especially because whopping three songs composed and written by CL for the first time are included in the 2nd album. 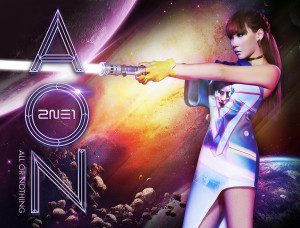 What, YG, you just remembered CL’s birthday? How nice of you to release the album the day after her birthday, then. Whatever the excuse, all that’s happened here is YG biting off more than he could chew by baiting SM. SM’s response, in turn, is only the expected response from a company being challenged — and it was great to see someone sticking it to YG  for once. That said, I’m still disappointed that SM responded to YG’s aggresive mediaplay, as it has distracted people from 2NE1 and SNSD themselves.

Think about it: two of the biggest girl groups are coming back; we’re getting two of the biggest girl groups in the business coming back, and their promotions are going to overlap. And seeing how 2NE1 have been performing on more and more shows with their last releases, we’ll be seeing the two groups share stages on most, if not all, music shows. Can you imagine 2NE1 and SNSD being interviewed together backstage at Music Bank?

And then there’s the music itself: we’re getting a mini from SNSD and a ten song album from 2NE1. SNSD are working with The Underdogs (who also composed Shinee‘s “Symptoms”)  for title track “Mr. Mr.” 2NE1 still have Teddy producing most of their tracks, but we’re getting three CL creations. This may be either a good thing or a bad thing, but let’s stay optimistic. 2NE1 will also have two title tracks — “Come Back Home” and “Gotta be You” — and, including track “Happy,” the group will also have three music videos.

There is a lot to look forward to with this promotion cycle — but a company-driven fan war isn’t one of them. There will undoubtedly be comparisons between the two, and that’s only natural, but let’s not buy into this engineered conflict: otherwise we lose our own agency and become mere pawns ready to do SM and YG’s bidding in their game of one-upmanship. Back in 2009, both groups were running hot; but today, the general consensus is that SNSD will fare better than the currently struggling 2NE1. There is still a chance of 2NE1 pulling something extroadinary with their album, but if events unfold as expected by most of the fandom, it will be a very sad day. 2NE1 deserves better than the “all or nothing” situation they are in right now, and no one else but YG is to blame.

So, I hope Yang Hyun-suk enjoys this clash of the girl groups — he’s the main reason why it’s happening, after all.