Is 2NE1 Really the Best New Band...In the World?

[youtube http://www.youtube.com/watch?v=N7GV48AEMmE]To be quite honest, I’m actually surprised. Though I should have expected at least this much, given that K-pop fandoms worldwide are notorious for supporting idols 120% of the way for anything, much less award shows, the sheer fact that 2NE1 made into a the list of artists considered for the title really just makes me think: YG may be on to something here. 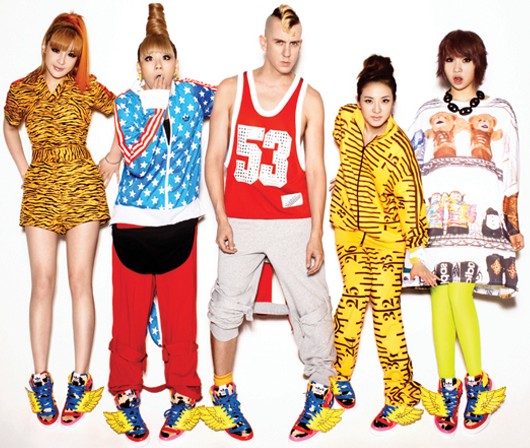 First off, I think 2NE1 truly deserves this award. I don’t know of any other k-pop act that has ever received this kind of recognition by a music entity that spotlights global music, and I think a lot of that merit comes from the fact that 2NE1 has revolutionized style on the music scene in Korea. Before 2NE1, pop music was drowned in the clutches of the ‘cute’ phenomena–in that sense, when 2NE1 debuted, their style was appealing because it was unconventional. As 2NE1 rose to prominence within two years of their introduction as a group to the industry, it became evident that their style would impact a serious concept shift in other girl groups’ images. 2NE1’s domestic success continues, and more and more girl groups have morphed into some version of edgy and farther away from the cute that once was so sensational. Take for example SNSD–what happened to the winking, the mini skirts, the pompoms? Why the 180 for their latest album and title song The Boys? Look at f(x) and Miss A, both still fresh to the music scene, both delivering more edge and angst than what cuter yesteryear of k-pop had to offer. Now, I’m not saying 2NE1’s success with their eccentric image heralded the change in all girl group these days and those to come, but it’s hard to deny that their swagger didn’t help influence the way in which other girl groups revamped their images for today’s industry. 2NE1 has reached significant success on the Korean music market in the short amount of time they’ve been there. From revolutionizing the way we associate k-pop ladies and fashion, to triumphs in the national music industry, 2NE1 truly holds their own.

But for the world? 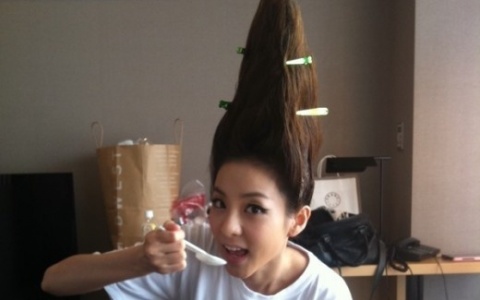 Some are quick to argue that 2NE1 is a masterful success because YG had the power and a group of male economists had the brains to manufacture them to be that way. And that’s probably true–do any of us really think Dara would be sporting Vegeta hair and colored weaves had she been in any other group setting? Would Bom persist to be the perfect balance of cute and spiked Louboutins had she been put anywhere else? Of course not. There is no doubt in my 2NE1 promotes the edgy, all up in your face, pro-girl image because they were constructed to do so. The only difference is that girls actually carry the charisma and the energy to convince us of it. And that right there, as any critical fans of k-pop knows all t0o well, is success. That image is an image that molds well to the global music scene, perhaps more seriously than the trending cute had been so influential in Korea before. So yes, it makes sense as to why 2NE1 could garner love for who they are on a worldwide scale–their music and their image have obviously fostered enough love for fans around the world to vote them into the title of Best New Band in the World.

For all the good and bad criticism 2NE1 will receive for the win, its still hard to deny 2NE1 has the foundation, the fandom, and the flare that warrants them the recognition anyways. They have changed the music industry by introducing raw, unconventional style when it had yet to be seen or become popular. And in the short time since their debut, they’ve commanded audiences all over the world for more than just being another cute production, and delivering all the bite they were crafted to have. So, really, all that’s left to say is congrats, to the best new band in the world, 2NE1.