2PM To Make Their Own Country

And from the looks of it, Nichkhun will be president, Chansung will be VP, and the other members will be secret service. 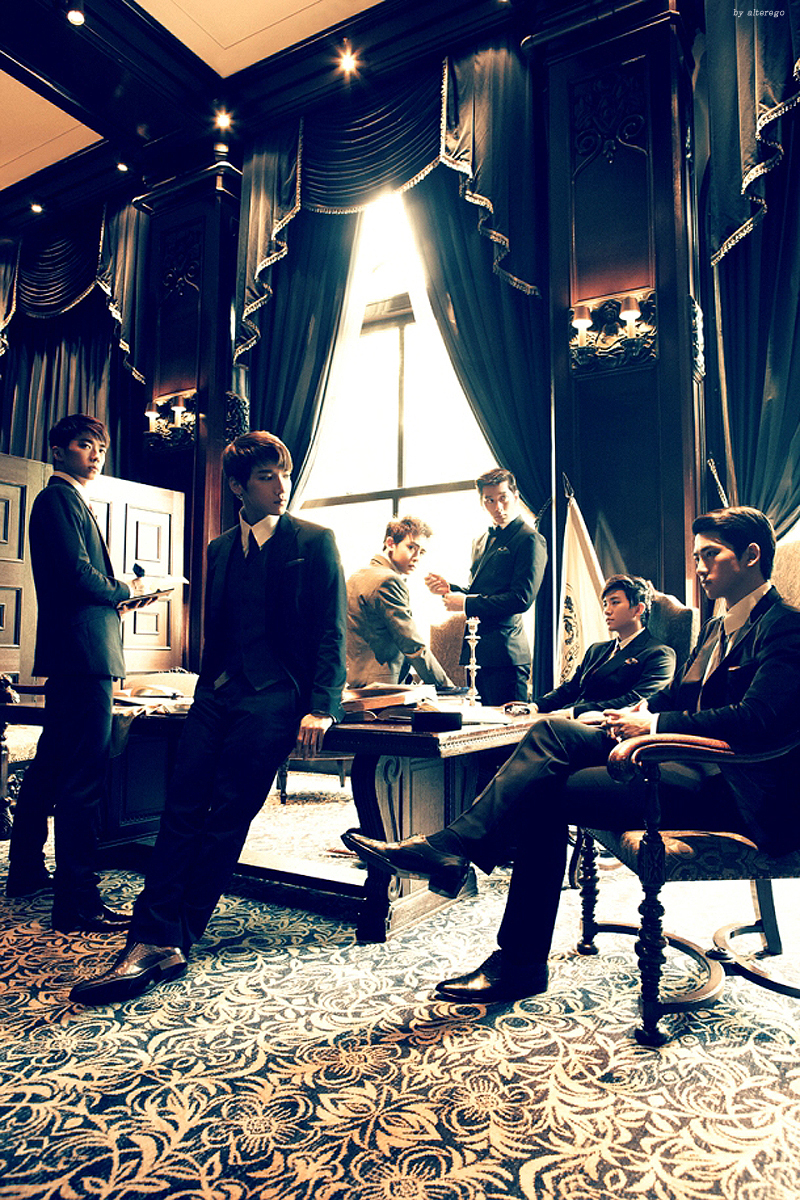 2PM has set November 30th as the date for their first official Japanese album Republic of 2PM to drop on the J-pop music scene.
Believe it or not, 2PM is actually releasing this album in time to commemorate their one year anniversary of Japanese music activities. To be quite frank, I’d almost forgotten 2PM was even relevant in Japan. With the huge influx of girl groups like SNSD, After School, and 2NE1 reaching new success in Japan, on top of more girl groups making a comeback to the k-pop music scene like Brown Eyed Girls and Wonder Girls, the fact that boy groups have been actively forgoing sleep to promote in Japan just slipped my mind.

And because of that, it’s a little difficult to gauge 2PM’s success in Japan. Are they turning heads, have they attracted a wealth of Japanese Hottests? I don’t know. But I do know that 2PM’s original Japanese material is actually pretty damn good, and that’s rather surprising.

More often than not, K-pop groups who begin promoting in Japan fail to produce original material that really meshes well with the Japanese music industry–some odd, abstract discrepancy in in molding into popular Japanese concepts while still staying true to original colors arises, and it can either be a hit or miss. Take 2NE1’s recent Japanese remake of Go Away: here we see the girls trying to graft their hardcore ‘baddest female’ image into something that adheres more to Japanese audiences and their taste. However, the failure of that project is evident in itself.

When 2PM first hit Japan, JYP did do the usual–recycled a good chunk of 2PM’s Korean songs and sat back and watched. Since then, there hasn’t been too many original pieces put out, but song likes I’m Your Man and Ultra Lover are proof that 2PM’s original material can hold its own in the music market as both new and interesting. And hot.
[youtube http://www.youtube.com/watch?v=T5PrpWDUKFE&version=3&hl=en_US&rel=0]

The Republic of 2PM will include Japanese remakes like I’ll Be Back and Without U as well as new material, including I’m Your Man and Ultra Lover. In truth, it doesn’t seem like that great of an album; just all their Japanese songs to date strung together with one or two new pieces plus a piece written by Junsu, also known as Jun.K. All the same, I must say I’m rather impressed by 2PM. They have done a good job forming an image in Japan that is both salient and reflective of their original, overall image while also putting out formidable singles. Though the album track list may do little to hype the release, this first Japanese album will no doubt only further their popularity for those of who have yet to discover the Japanese version 2PM. Of the many k-pop acts flooding Japan these days, 2PM seems like one of the few who may be doing it right. Let’s keep our fingers crossed.