That’s just a really REALLY short dress…right?  Or is it a really long shirt?  She’s totally wearing pants somewhere under there though.  Isn’t she?  If you find that you are asking yourself these questions, the Korean star you are looking at is most likely wearing something called “bottomless fashion” which is simply characterized by someone’s pants being short enough that you can’t see that they are there.  This style is nothing new for Korean celebrities; you can often see pop stars and actresses alike strutting through airport terminals in long, blousy tops paired with the tiniest of shorts.

More recently, there seems to have been a flood of  “invisible bottom” looks in fashion magazine spreads.  These shoots, however, take the look to an extreme with the existence of said bottoms being extremely questionable. Prior to SNSD‘s recent comeback, Yuri was featured in High Cut Magazine wearing a denim button down and black ankle booties while Ga-in shocked in Marie Claire, which showed the singer in various jackets, but not much else.  Hyori had a photo in Oh Boy! Magazine with her beloved pooch, but without pants. 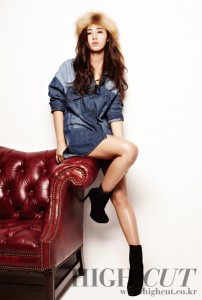 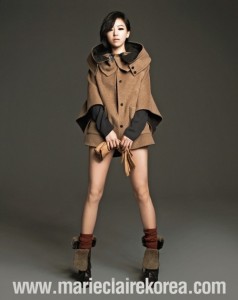 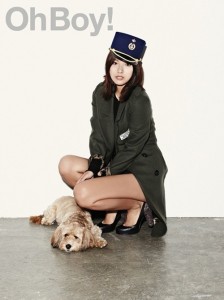 Actress Park Ha-sun did an athletic-wear pictorial in which she wore a hooded sweater, that could almost pass for a dress if it had an inch or two more in length; the look would have worked better with if she wore leggings instead of the thigh-high stockings.  Shin Mina went “bottomless” on the beach for Rag & Bone, while Min Hyo-rin sported a sweater in the current Harper’s Bazaar that definitely could not pass for a dress. It is fair to argue that these are fashion shoots, and these women would never dress like this in public, but plenty of stars sport styles that aren’t far off at all. 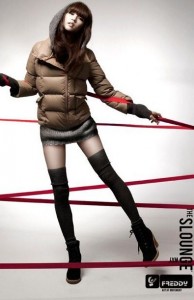 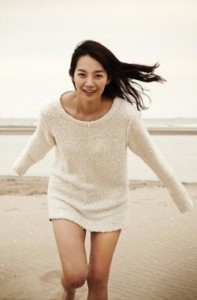 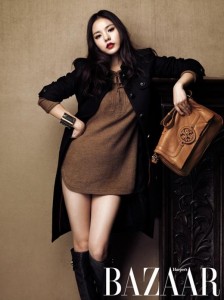 What do you think of the “bottomless fashion” style?  Should these stars keeping showing off their flawless legs, or put some pants on already?  Would you ever try it?