The Witch-Hunt of Tablo 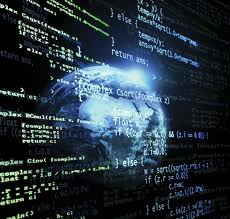 Netizen. It’s the combination of the words Internet and citizen. The meaning of the word is pretty self-explanatory; a netizen is an active member of the online community and the internet. With the rising prevalence of the Internet in today’s society it does not come as surprise that people are engaging online even more. Though the internet originated in America, South Korea is leading in the world for highest per capita broadband penetration.  The country is arguably one of the most wired nations in the global arena, but with light comes darkness. Cyber-bullying and the relentless attack on a person via the internet has been a problem that has not only afflicted America but South Korea as well.  A famous victim of an online witch hunt was a Canadian-Korean rapper, Daniel Lee, known in Korean Entertainment as Epik High’s Tablo.

Epik High debuted in 2003 with Mapping the Human Soul and they were relatively unknown in Korea. They entered the mainstream consciousness with their third album, Swan Songs and vaulted to success with “Love, Love, Love” off their fourth album Remapping the Human Soul. The group didn’t adhere to the popular music trends and never shied away from discussing touchy societal and political topics. Along with their unique musical sound, Tablo was idolized for graduating from Stanford University with a Master’s and Bachelor’s Degree in English in the span of three years. His high achievement lauded by the Korean media and public but his academic achievements would soon be questioned. 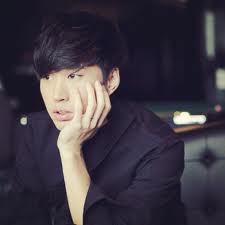 In the early summer of 2010 an anti-fan club formed in depths of the internet questioning Tablo’s credentials, and quickly escalated into an online witch-hunt against the popular rapper. The main forum which instigated the hunt was called Tajinyo (타진요), and it was led by an anonymous user who went by the name of Whatbecomes. The questioning soon become a hot topic that grabbed the attention of the Korean public, and eventually forced Tablo to travel in person to California to physically prove that he graduated from the university.

As the issue began to trickle over to the States, Joshua Davis, also a Stanford alum, decided to investigate the issue, running a story about Tablo’s plight in the Stanford Magazine.  He followed up a year later by publishing another article expanding the details of the case in the May 2012 issue of Wired Magazine. The article chronicles the rapper’s plight and provides new information as to the origin of the rumors. Sources point to David’s cousin, Seungmin Cho, who claimed that Tablo’s achievements were exaggerated and discusses the rapper’s rebellious and slacker attitude in high school. Couple the vague comments with previous scandals regarding degree forgery in Korea and we have ourselves a smear campaign.

I am a fan of Epik High and I respect Tablo immensely for his work and lyrical genius. It was heartbreaking to see the confident, young rapper — who Seoulbeats interviewed in a New Jersey parking garage just a few years ago — deeply and adversely affected by such a ruthless campaign. The death threats were not only against Tablo but also his family, as members of Tajinyo called his relatives and threatened to do bodily harm. To me it was incredibly mind-boggling, the hatred and vitriol that was flung unfairly at Tablo despite all his earnest attempts to prove his innocence. It didn’t matter what he did, Tajinyo was out for blood.

This case has eerily parallels to the Birther movement in the United States, President Obama and Tablo sharing the same crisis of having their very identity being questioned. This is not unique to just Korean culture but rather the mob mentality that comes with the anonymity one is afforded when on the Internet. Tamara Avant, the director of the psychology department at South University, discusses this very aspect saying,

… physical anonymity also leads to a person experiencing fewer social inhibitions.  When people feel that their behavior cannot be traced back to them, they are more likely to break social norms and engage in violence.

The anonymity that comes with the Internet further fuels the fire. This is not the first time netizens have attacked public figures en masse. The Jay Park controversy and Block B incident in Thailand are some recent examples that come to mind. Suicide petitions and death threats are not uncommon in these cases but nonetheless disturbing. Such fervent movements have had terrible consequences; one is the tragic story of popular actress Choi Jin-sil who committed suicide after being attacked by netizens. 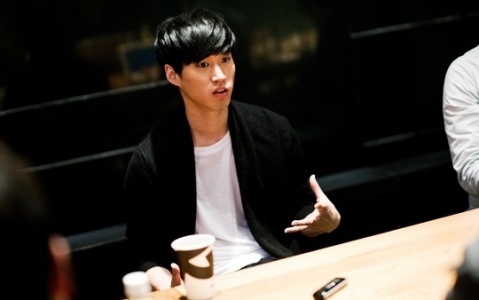 Along with the aspect of anonymity, the Korean netizen culture is incredibly involved. OhmyNews is an online news source that allows for open exchange of information engaging the public in journalism. According to Oh Yeon-ho, the founder of the site, this type of reporting had played an important part of the 2002 presidential elections in South Korea. It is undeniable how such reporting has become ingrained in the online culture of Korea, with the site’s motto “Every citizen is a reporter.”  This very mentality was found in the actions of Tajinyo members who felt as if they were obligated to investigate the truth, much like an online journalist.

The fact that the academic credentials of a musician was a pertinent issue can be confusing to some. In America the education of a musician is of no importance, but in Korea where education is integral to the identity of a person the possibility of a fraud was angering. Three years prior to this incident, Shin Jeong-ah, the chief curator of Sungkok Art Museum forged her degree from Yale University and the said university mistakenly confirmed her doctorate. This incident was still fresh in the minds of the Korean public three years later when they began questioning Tablo.

Davis in Wired goes on to investigate the source of the rumors floating around about the exaggeration of Tablo’s credentials, and traces part of it back to his cousin Cho Seung-min. He highlights the strained relationship between the two and the issues that sparked Cho’s anger. Coupled with the netizens’ anger at what they perceived to be the cozy relationship between the media and Tablo, this only served to intensify the hunt. 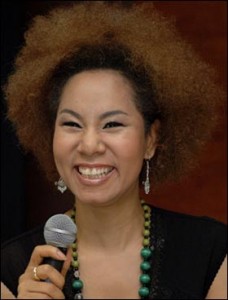 Tablo wasn’t the only victim of Tajinyo’s vapid attacks. Insooni and her daughter too were questioned, the latter being accepted into Stanford in December of last year. Tajinyo claimed this as impossible because American colleges apparently deliver decisions only in May and never through email.

As someone who survived the hell that is college applications just last year I can easily dissuade such ignorant remarks. Firstly, those who applied early decision to a college will get their results in December. Secondly, even if the student applied regular decision they will get their results by April at the latest. Thirdly, a good half of the colleges I applied to informed me of their decision through email. Using it is not uncommon as Whatbecomes claimed. This just further questions the validity of Tajinyo’s statements, which were already ludicrous in the first place.

Eventually, Tablo filed a lawsuit suing 22 members of the forum.  An international warrant has been issued for Whatbecomes, revealed to be a middle-aged Korean man presiding in Chicago by the name of Kim Eung-suk. It is currently still a battle for the rap star, the court date being constantly moved due to lack of concrete evidence. At the moment, the date is set for the 18th of May.

The damage, however, had already been done. As I watched the documentary “Tablo Goes to Stanford,” it was obvious the musician had been adversely affected. He no longer possessed the confident swagger of yonder years, instead I saw a man who was a shell of his former self.

What is the bitter irony to conclude this horrific tale? Kim Eung-suk in response to the international warrant wrote

“I am so angry they are treating me like a suspect when they have not confirmed I am a criminal.”

And the pot called the kettle black.

Fortunately, Tablo has since moved to his wife’s entertainment company, YG. In the latter half of 2011 he released Fever’s End, containing songs written during this difficult period. The raw emotion that was present within all the tracks spoke to the talent of Daniel Lee. His deep captivating lyrics and musical capability is indicative of his genius. For me, I did not need a piece of paper from Stanford University confirming his academic prowess, this album and the previous works of Epik High were proof enough.