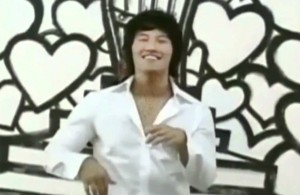 Yesterday I introduced you to the beginning of K-pop with the President of Culture’s old and influential group Seo Taiji and the Boys. We learned Papa YG was once an adorkable dancing idol, VIXX’s performance repertoire is a veritable walking history book, and Running Man’s Commander Kim Jong-kook was performing dance songs before today’s rookie idols were even born. Let’s now move on to our second installment of the History of K-pop, ten years ago and twelve years after the introduction of Seo Taiji and the Boys.

The year 2005 in K-pop lies halfway between the great successes of the first generation idol groups and those of the second generation, and it’s a year that showed off many of the other options K-pop had, and still has, to offer. Huge hits from already established first gen bands, like Buzz or izi, mainstream breakthroughs of the early hip hop groups (Leessang, Epik High, and Dynamic Duo), a smattering of idol group debuts, and soloists as far as the eye can see.

First, those old-school K-pop bands. Before I really became a K-pop fan, I had no idea that before the great idol takeover of the late 2000s, there were real bands with real instruments on stage creating huge K-pop hits! I thought FT Island was the beginning and end all of K-pop bands. How wrong I was. Granted the sound of these old bands was often more ballad and less rock than today’s groups (Sinawe notwithstanding), but they were all hugely popular nonetheless.

I’ll start off with two hits you’ll often see covered in singing programs or when idols sing kareoke – first, Buzz’s “Thorn”. While Buzz had many more hits the next year in 2006, “Thorn”, and it’s older sibling “Coward”, from 2005, were their first. Trivia: When Buzz’s lead singer Min Kyung-hoon went on hiatus for his military service, a new lead singer, name of Nayul, was briefly used. Nayul turned out to be Na Do-kyun, who later joined Loen Entertainment’s group History.

Second is the song “Emergency Room” from izi, an early K-pop band who seems to have now dropped off the face of the earth. Yet their song is still covered and loved by many. If you keep your ears open, I guarantee you’ll start hearing it everywhere.

The early 2000s also saw the introduction of K-pop groups and drama OSTs, one of the first huge successes of which was the OST for the hugely popular My Lovely Sam Soon. Two of the songs for the drama, “She Is” and “Be My Love”, were done by an experimental underground electronica group called the Clazziquai Project. They’d formed in 2001 and had been creating and distributing music online until netizens managed to make their name known, and they’re still producing music together today. They were influential in introducing yet another new sound to the young genre, that electronica which is common to our ears nowadays.

Of course, we can’t end any discussion of early K-pop bands without mentioning MC the Max, who were hugely popular in their day (they even came back with a new album last year), and had the exciting 2005 hit “Don’t Be Happy”. And also, YB, the Yoon Do-hyun Band – since 1996 they’ve become one of the longest running bands in Korea. They rocketed to fame in 2002 with “Oh! Pilseung Korea”,  written for the World Cup that year, and in 2005 became the first Korean band to tour Europe; their hit song of that year was “Must Have Been Love”.

While instrumental bands were nothing new at the time, there was something new on the horizon of K-pop, and in fact 2005 was the year it truly arrived – Hip Hop! Between 2001 and 2003 three groups who were to become huge power-houses formed, and with their third, third, and second albums, respectively, Leessang, Epik High, and Dynamic Duo all proved they were here to stay. The oldest group, Leessang (Gary and Gil), had been rising slowly but steadily since they started out with Honey Family (1999-2000), and their hit songs of 2005, “I’m Not Laughing” and “Clown” only solidified their mainstream popularity.

Dynamic Duo (Choiza and Gaeko) had a similar beginning, though they may have been able to crest a bit on the wave of hip hop mania because their debut album became the best selling hip hop album of 2004 and their second, with the hit song “Go Back”, won them the Best Hip Hop Album award from the Korean Music Awards of 2006.

Epik High on the other hand, made up of Tablo, Mithra Jin, and DJ Tukutz, started off very much underground, and in fact their third album was planned as their last after the poor performance of the first two. However, they weren’t meant to give up and their hits from the new album, “Fly” and “Paris” (ft. Jisun of Loveholic) soared straight to #1 on the music charts, and now look at how epicly high they’ve risen.

If the new hip hop groups were something of a surprise in 2005, the continuous hits by soloists were very much the norm in that day. By the far the biggest and most insanely popular group of the year was SG Wannabe. Having only debuted the year before, the group, Kim Yong-jun, Kim Jun-ho, Lee Seok-hun, and Chae Dong-ha, hit it big (to put it mildly) with “Saldaga (While You Live)” and “Sin & Punishment”, becoming the 2005 Daesang winners and the only artist of 2005 to sell more than 400,000 copies of their album.

Two female soloists were also huge that year. First was the shockingly fascinating debut of Ivy, with the very sexy songs “A-ha” and “What Happened Tonight”. Second was the also shocking release of the already immensely popular BoA’s “Girls On Top”, which only solidified her position as Queen of Korean Pop. Trivia: BoA debuted in 2000, at the tender age of 13, and won Best New Female Solo for her “ID: Peace B” album.

As for the men of the year, they were the first idols to breakaway for solo careers. After the disbanding of H.O.T in 2001, dancer and rapper Jang Woo-hyuk performed as jtL alongside Tony An and Lee Jae-won until 2003 when he started his solo career. His hit song of 2005 was “The Sun That Doesn’t Set”. Another first gen idol Shin Hye-sung, of Shinhwa, began his solo career in 2005 with “The First Person” and “Same Thought”. And we can’t forget the unforgettable, immensely perky and adorable solo hit of 2005 from Kim Jong-kook – “Loveable”, for which he won that impossible triple crown of Daesangs.

And then we have the idols. Brand-sparkling-new, baby-faced, second generation idols. There were three awesome debuts this year, one who sadly quietly disappeared early on, one who had a fine career of excellent popularity, and then there was Super Junior. They originally debuted as Super Junior ‘05, with the song “Twins (Knock Out)” and they were meant to be a rotational group, an idea which was quickly scrapped by the next year. They didn’t quite reach popularity until 2006, but then it was a non-stop ride straight to the top. Trivia: “Twins” is a cover of the 2003 song “Knockout” by British boy band Triple 8.

The other two new groups were CSJH the Grace, meant to be a pair to TVXQ, and SS501. CSJH debuted with “Too Good” to relative success and enjoyed a few good years of promotion before dissolving into indefinite hiatus. Individual members can sometimes be found having solo careers these days. SS501, on the other hand, started off strong, winning Best New Artist of 2005 in three end of the year award shows. They managed to come out with three hit songs that first year – “Warning”, “Never Again”, and “Snow Prince”, and over the years since then they have been immensely popular, especially Kim Hyun-joong’s acting career. Though all the members now have solo careers, they still perform and come back together from time to time. Paran was another group that debuted this year with “First Love”. Despite being active for five years they really became something of a one hit wonder (you can find a few of their songs around still, but it’s sparse), and when they disbanded member AJ ended up joining U-Kiss.

Of course, the first of the second gen idol groups were already performing and popular, and there were a couple more stand-out hits of 2005 that are worth mentioning. TVXQ, in particular, had debuted in 2003 and were slowly beginning to gain acclaim, but “Rising Sun” was their first instant hit, winning them their first Daesang for the music video and prompting their huge international rise. In December, they then kicked off the tradition of cheesy company Christmas songs with their first collaboration with Super Junior, “Show Me Your Love”.

Jewelry is the last group to highlight for 2005. They came out with the song “Superstar” that year, which happened to be written by Lee Min-woo of Shinhwa, and it was a huge surprise hit. After many more hits, sub-groups, line-up changes and becoming the longest running female group to date, Jewelry sadly announced their disbandment at the beginning of last year. So it always goes, and the baton will be passed on to the next generation of K-pop stars to rise and fall as the circle of music continues.