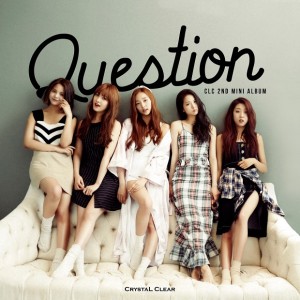 This week in idols and music, we covered CLC‘s “Like,” History‘s Beyond the History album and “Might Just Die” MV, Big Bang‘s “Bang Bang Bang” and “We Like 2 Party,” Exo‘s “Love Me Right” and Hyukoh‘s 22.

We also looked back at 2NE1’s “It Hurts (Slow)” and Infinite’s “The Chaser” for our Throwback segment and threw the spotlight on Korean rappers with our Mixtape segment. We also had the great opportunity to interview Rock ‘N’ Roll Radio. (Check out the link for instructions for our giveaway for one of their signed CDs!)

In fashion and TV, we took a look at our favorite performances from last week’s music shows, the first episodes of The Producers, the third and fourth episodes of Fluttering India, the next set of episodes for Ex-Girlfriend Club, styles from the 51st Baeksang Arts Awards and the first five episodes of JYPE‘s survival show, Sixteen.

In socio-cultural topics, we recapped the Yewon and Lee Tae-im scandal and Ilbe and the Sewol tragedy.

Our Roundtable for the week explored dream concepts we would like K-pop groups to try.

Contrary to a lot other reactions, to me the song started off bad and simply just got worse. Nothing was “ruined” because it was already horrible. And the music video was so been-there-done-that by YG that I lost interest not even a quarter of the way through. The fact that this was supposed to be Big Bang’s main comeback release is hilarious to me because I actually think “Loser” and “Bae Bae” were much better songs. Yes, they were pretty average, but at the very least they were also a lot more tolerable with some replay value in my opinion.

This “MADE” series is shaping up to be pretty disappointing to be honest. It’s not even me with high expectations because I consider myself just a casual Big Bang fan, but damn, it’s like they’ve run out of ideas. I don’t see any musical or visual growth from them at all, and seem to just be doing what’s “trendy” or “stylish” instead of just releasing quality releases. And if “Bang Bang Bang” and “We Like 2 Party” is supposed to be the best out of the series, then I’m scared for what’s to come later on tbh. 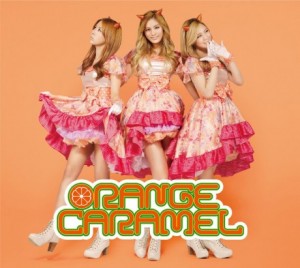 I’m with Gaya on the a cappella concept. Needs to happen.

I think I’ve said before somewhere that a musical theater concept would be great. Here are my proposals:

– BTOB does Phantom of the Opera. The song includes lots of heavy organ and guitar. Two members walk around as Phantom and Raoul, both staring at a girl group member (Nana or maybe G.na would do) as Christine. Choreography involves the putting on and taking off of masks.

– Crayon Pop does a totally-not-ripping-off-Avatar concept. Way is an airbender, Choa is a waterbender, Geummi is an earthbender, and Ellin is a firebender. Long ago, the four girls lived in peace. But everything changes when Ellin attacked. Only the Avatar, master of all four elements, could stop Ellin. But when the world needed her most, she vanished. A hundred years passed and they discover the new Avatar, an airbender named Soyul. And although her airbending skills are great, she still has a lot to learn before she’s ready to save anyone. But I believe Soyul can save the world.

– Lovelyz does Lolita Fashion. Honestly, I can think of several girl groups that could probably pull it off. While it’s certainly not mainstream, even in Japan, it does have a significant following, and a large international following would probably do them some good. Bonus points if they use Haeneuli (a korean Loli brand) Angel of Music print skirt, which has a Phantom of the Opera themed print.

Basically anything I reblog on Tumblr would make a good concept for some group. 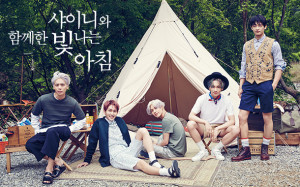 find_nothing_here on Exo’s “Love Me Right” Is an Aesthetic Overload

“Though I really enjoy the track, the first few listens of “Love Me Right” had me unconsciously imagining who else could successfully execute the song — which is not really a good thing.”

Maybe it’s just because I’m a SHINee fan, but a lot of people were saying it sounded like something that could have come out as an ODD B-side. I swear when Baekhyun first sings “take your time” I hear the ghost of Onew‘s voice. It’s not really a bad song (though, as a Chen fan I hope his sidelining doesn’t continue), but there’s something about it that just–IDK doesn’t quite get me. Maybe it’s a grower though; I find the chorus does get stuck in your head pretty easily.

The MV would have been better with more Chen (and where was Suho, seriously?) and less American Football.

Thank you for reading our material and participating in our discussions!