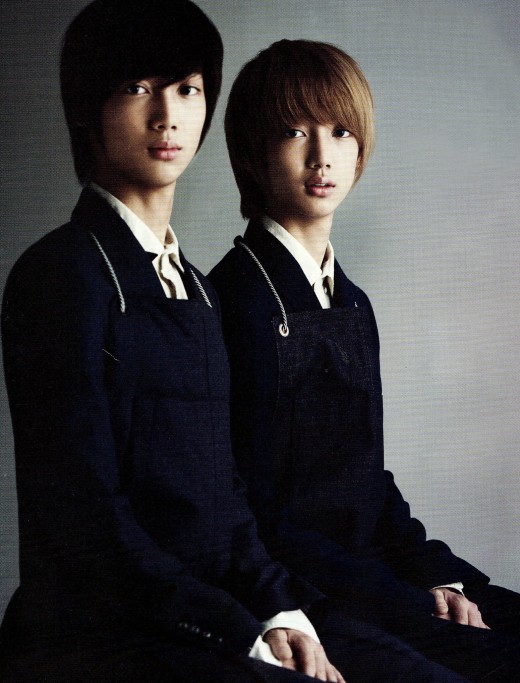 In terms of film, fashion and tv, we looked at the best of last week’s music shows, Wonderful Radio, a spotlight on Kang Ho-dong, Lee Young-ae for Elle Korea, designated variety idols, Kim Ji-won for CeCi, and how first impressions ruined Invincible Youth 2.

As for socio-cultural issues, we address the topics of car product placement in K-pop, TimeZ‘s attempt at the Chinese market, sexual marketing of teen boys, how sometimes “ignorance is bliss” in terms of song lyrics, female empowerment in a male-powered industry.

As always, while our writers had a lot to say, you guys also had plenty to say back!

Here are five of my favorite comments from this week:

wickfan on How K-pop is Enhanced by not Knowing Korean (or English):
[Editor’s note: slight grammatical revisions were made to this comment.]

This is why I find many international K-pop fans to be hypocritical. They bash Western music for lack of lyrics but praise K-pop for its amazing lyrical ability. I am trying to understand elastic plastic to this day. When I talk to my Korean friends they force me to listen to certain groups that have great music and amazing lyrics. I of course will introduce them to great Western musicians as well. 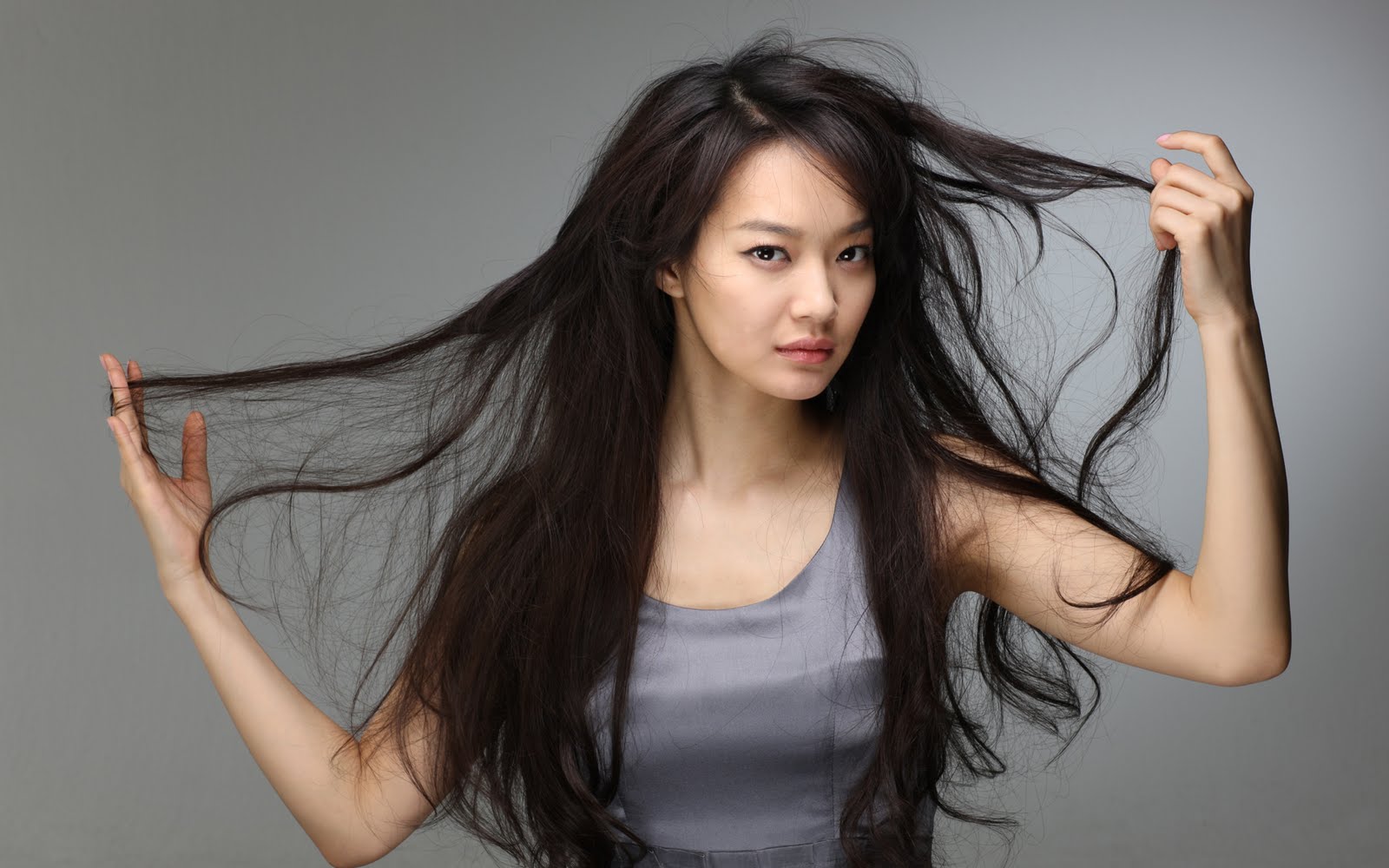 Sabah on Wonderful Radio and Why I Dislike K-dramas:

I would like to add a disclaimer before I begin rambling. These thoughts are basely solely on my own personal observations and late night discussions, so please feel free to disagree.

The human experience is universal. We share the same potential in emotions, intelligence and comprehension. However this experience is also very specific in the personal sense.  Just because you are smiling doesn’t mean I understand your happiness, even if understand my own.  It is important to note that our environment and lives shape the manner we react to things, including TV, which of course, funnily enough, can also be a means to shaping how we perceive things.

I have watched dramas from several countries including, Australia, England, America (North and South), Canada, Scandinavia, Sweden, India, Pakistan, Turkey, Egypt, Taiwan, China, Hong Kong, Japan and South Korea (Many thanks to YT and subbing teams.)  The mainstream dramas from each country tend to have a certain style, something that maybe has developed along with the countries progress, a manner that entices the hearts of the majority of viewers. The the main stories tend to center around issues that perturb and fascinate the public in that specific country.  (Again, I know that I am speaking out of my depth 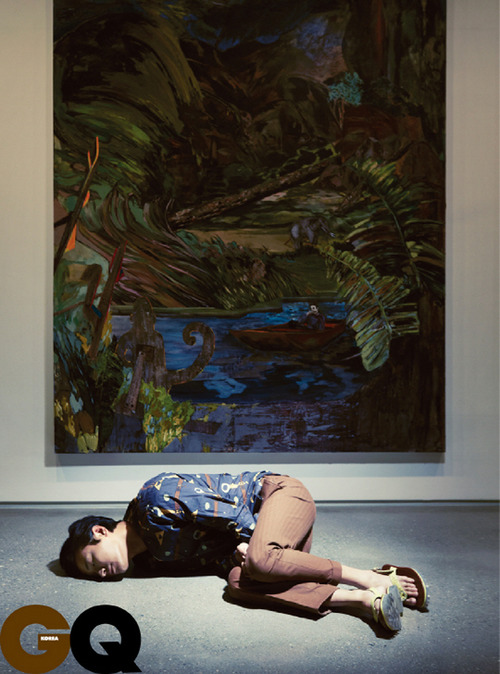 and knowledge but these are just thoughts that I am still researching, please feel free to educate me,) So in the Asian subcontinent you have issues of status and wealth, in America/England crime and medical shows, in Japan illnesses and injustice, in Northern Europe psychology and so on.

When I first began watching Indian/Pakistani dramas which my family loved, I rolled my eyes, and was befuddled at how anyone could derive any kind of enjoyment or entertainment from such stories.  The style and stories seemed so unreal to me, so fake and issues that seem far fetched except that are not. Or rather more accurately, they aren’t relevant to me because I never grew up in that country, that environment.  My family did and so they understand, not only the substance but the style. As my friend told me, those spinning round and round shots, or close up on faces or lingering slowed down moments reflect the emotional hearts that are always on display in India/Pakistan.  She continued, ‘it isn’t the same as in England, where the normal social etiquette is of restraint and closeted feelings in the style of Austen.’

That’s when I began watching those very dramas with a new lens, as a way to understand a new viewpoint.  I try to relate to it in the general/universal sense as well as personal/specific sense too. In this way, my world is broadened and I can’t deny that it has changed the way I perceive those dramas. I am not saying that you need to do this. I know many Indians, living in India who hate/criticize Indian shows. I once read that even an avid reader would only read 3000 books in their lifetime. Life is short, so fill it with things that you love but I would encourage people to try new things, such as Kdramas and to not tune out at the first thing that might put them off. Even American audiences are beginning to enjoy world TV in ever growing numbers. I love the note at the end of this article about why that might be, “an average story brilliantly told is better than a great story well told.” I also liked the point in this article about how modern productions are taking back power from marketing, so that modern TV is less about brainwashing and more about education of the issues within that country. 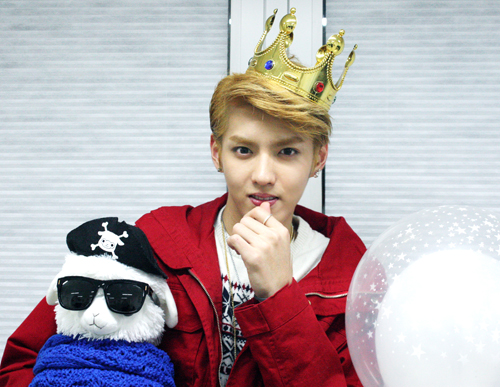 KrisMyStar on The Latest Weapon in the Battle for China: TimeZ:

Honestly, the mainland Chinese music market is not very idol-friendly. Idol groups, even the ones exclusively produced in China, are not well-known. They are mostly looked upon as immature teens trying to sing rather than doing something more productive with their life, at least that’s the impression I get from visiting Chinese blogs and my own experience living in China. They’re not as respected, though some have broken out of that niche e.g. SHE and Fahrenheit. I think that idol groups produced in Korea are probably more popular because at least they have the attention of kpop fans.

For TimeZ, their music is very easy on the ears and definitely more understandable than Exo-M. However, they NEED to get rid of their “rap”….that “rap” sounds like some Chinese children songs that I sang in preschool. I can’t really see them going anywhere in the Chinese music market until they release something more serious and mature than “Hooray for Idols”. 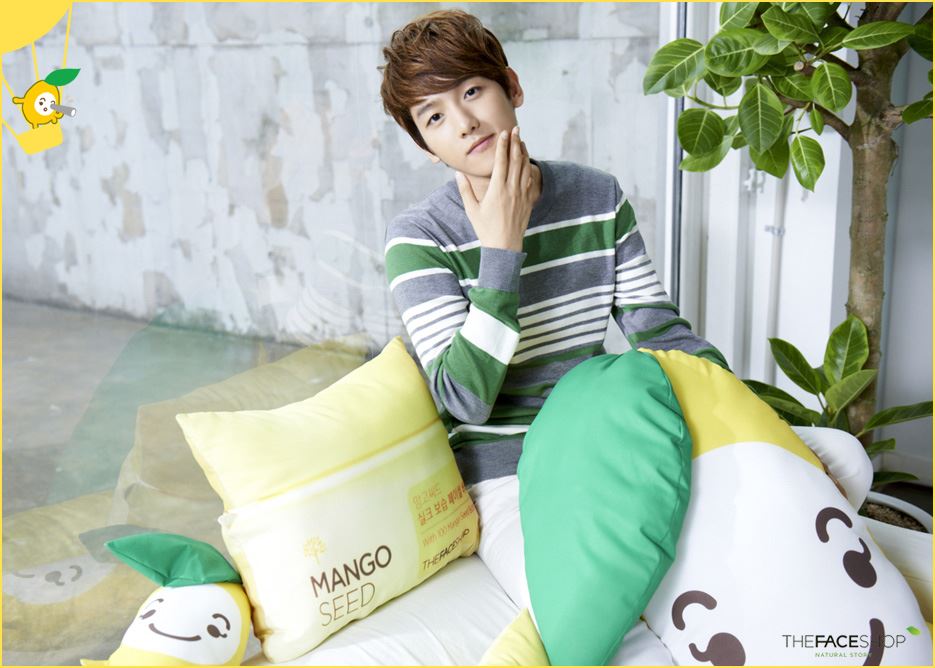 km313 on 5 Reasons Why SM the Ballad Needs to Make a Comeback:

If SMtB makes a comeback, I’d like to see Baekhyun in it. He stands a good chance too. People have commented that his voice sounds a lot like YYJ, who likes working with voices that are familiar to him. The group was really centered around Kyuhyun and Jonghyun‘s voices (although on Hot Times, Jonghyun is undeniably the focus), since they’re a bit polar: Kyuhyun’s voice is deeper and smooth, Jonghyun’s voice is higher and accented. But I think Baekhyun’s a really nice compliment because he has the best of both, and I personally love his voice the most out of everyone in EXO. Plus, the idea of him and Jonghyun, who his performance style reminds me of (so many veins), on the same stage excites me.

Changmin never had a chance in SM the Ballad, simply because DBSK was in the process of planning their big return. Making him a part of the group would have undermined everything SM was trying to do at the time. And I agree, Onew, Ryeowook, and Yesung (and Changmin also) just don’t have the specific color to their voices that suits YYJ ballads.

And, I wish they had turned down the backtracks in all of their lives. If they’re the slightest pitch off, those high notes can sound ridiculously grating. It’d be nice to just hear how Hot Times flows naturally instead of having to hear how they delineate from the recorded pitch with every note. Jonghyun must have worn out his voice for the entirety of 2010, going from Lucifer to SM the Ballad. It was a great group, and he has good technique, but he still shouldn’t be overworking his voice like that.

And as a side note, I feel like there was never an explanation for the weird cheetah-print styling for SM the Ballad, not that there are ever any explanations for fashion choices in K-pop ever. 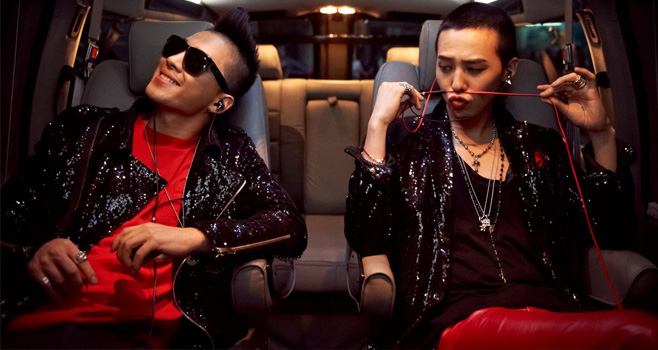 I gave up voting in 2010. not that I’m an enthusiast before that, though. what’s the point of voting if every person can vote hundreds and thousands of times every freakin day? and now some awards are making the vote only some a part of the decision to have the winner, but sorry. it’s not convincing either. no show no awards? just give the awards to some company? just make it so that the winners are diversed enough so there will be no fanwar?sigh.

I do like to watch award shows tho. Because we get to see some collabs, special performances, remixes, and some cute interactions between idols in different groups and companies. I like to laugh at some fans who would wail and shriek and hate whenever their oppars/unnirs are interacting closely with someone outside his/her group >:)

That’s a wrap for this week! Thanks for being such great readers, and as always, feel free to leave additional comments below.