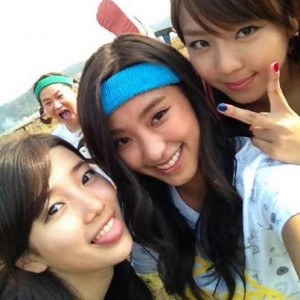 Sad news everyone: Invincible Youth 2, after a very shaky run, has finally been cancelled. The last recording took place on November 7th, officially concluding the program. The show’s been struggling for a while now, being continually plagued by mediocre ratings and a generally lackluster response, after it failed to match up with its precedent, the original Invincible Youth. So with the show finally shutting its doors, let’s take one final and fleeting look at Invincible Youth 2 and what ultimately led to its cancellation, shall we?

Invincible Youth 2 found its start on November 12, 2011, basically an entire year before its ultimate cancellation. The original expectations of the show were very high. The original Invincible Youth was a huge success. The public was enamored with G7 — the girls leading it — and so, people expected the same kind of magic for its sequel. The cast of girls chosen seemed very promising as well. There seemed to be a perfect mix of variety-savvy girls with different group backgrounds and levels of fame, the same formula used to create the original G7. From the trending Suzy to the experienced Sunny, to the highly beloved yet underrated Amber and Hyoyeon, the cast seemed perfect for the work-oriented program. A variety of personalities also raised the bar.

Unfortunately, the show’s beginnings were very unstable, falling way below expectations. There has been a variety of reasons why the show’s end has been a clear disappointment, as described by Fannie in a previous post. 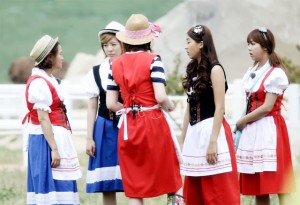 In short, the MCs at the time — Boom, Ji Hyun-woo, and Lee Su-geun — were unfit for the program, lacking the personal and familial touch of the MCs preceding them; distracted by guests and competition, the girls weren’t allowed to bond; the scriptwriters disregarded the original work-oriented concept of the show by fortifying the girls’ idol statuses rather than having them work independently.

This unflattering beginning and the undeniable hype that surrounded the show were major factors in the show’s decline in viewership, which then led to its cancellation. First impressions are seemingly a pretty big deal when it comes to a variety show, and unfortunately, Invincible Youth 2 started out on the wrong foot. While one can’t logically expect a variety show and its cast to be hilarious and full of chemistry in the first few episodes, audiences really can’t be patient forever. If a show persists without any spark after a reasonable point, people will start to check themselves out, which was what happened with Invincible Youth 2. After witnessing the show’s shaky start and waiting for improvements only to find none, viewers stopped tuning in, without really looking back to it again.

Based upon the program’s previous successes, it was thought that the broadcast station’s marketing plan would be rather fool-proof, but it unfortunately backfired as changes made the disappointment and lack of quality all the more prominent. Of course, comparisons between the original and its sequel were inevitable, but the way Invincible Youth 2 was marketed to cater specifically to fans of the original Invincible Youth. 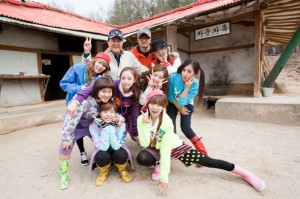 On paper, this demographic seemed assured. But since the show disregarded its core concepts of work ethic and independence, this demographic that the show worked to attract was largely alienated. The program was promising a similar set of dynamics as the original but with a new cast, new setting, and a new set of rules. They were expecting similar results, but ended up falling and having an impossibly difficult time mirroring the momentum of its former. Delayed changes to the format were done to no avail.

Undoubtedly, the show’s saving grace was its potential-filled cast. If the show were to finally tap into that potential and showcase some “loaded” interaction, there was a chance that they could’ve recovered. But even that fell through for the show when it was plagued with absences from the main cast. Due to the very demanding and tiresome schedules of the idol cast, the girls came to miss entire episodes, leaving up to as little as two members to run the show. This not only jeopardized the group dynamics, it further discouraged bonding. But its ultimate demise also hinges heavily on its occasional over-reliance on guests. While the original G7 also had their fair share of absences in the original, their absences were never that much jarring since other girls roped it for other filler tasks. Since the girls were hardly tasked on this show, absences felt especially prominent, making the atmosphere even emptier. 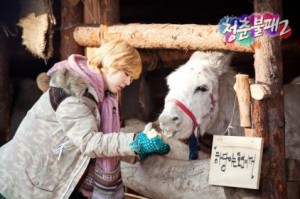 Moreover, due to promotions, scheduling conflicts, or decisions from the scriptmakers, some of the cast eventually opted to leave the show permanently. At first it was Amber, Woori, Lee Su-geun, and Ji Hyun-woo to take their leave, and eventually they were followed by the departure of Sunny. The original G8 got slimmed down to a G5, and only one of the three original MCs remained. This ended up hurting not only the show’s potential and quality, but sped up the viewership decline. Outside fans of the original Invincible Youth, the other main target demographics had been the faithful fans of the new cast and/or their various origin work/groups. Inferring from this, when a cast member had left the show, there would’ve been a likely chance that their fans resigned themselves and their loyalty from the program as well.

Needless to say, due to their rough starts and the lack of immediate improvement, the majority of the show’s initial viewers gave up on the show. And this is a clear shame, since the show actually — eventually — ended up improving. The first improvement came in the form of Kim Shin-young, the previous MC of the original Invincible Youth. She gave the show and the cast the maternal guidance it so desperately lacked with the former exclusively male set of MCs. Moreover, being savvy about the show’s workings before, she was able to partly get the show back on track, restating priorities and encouraging more interaction between the girls. 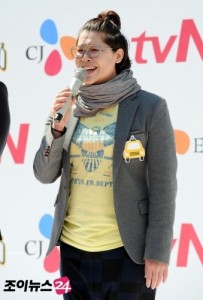 The second improvement came when the girls actually started doing their own work when the weather started heating up again. Previously, due to their shooting location being a fishing village, the girls were largely dependent on local fishermen to do their winter tasks at sea, disregarding the entire independence concept of the show. However, when the cold lifted, the girls eventually started to learn how to farm, finally busying themselves with some actual work. Even later on in the show’s run, the concept of the “Youth Hostel” was established, where the girls invited viewers to spend a day with them in their self-run hostel. While completely different from the original concept of Invincible Youth, it gave the girls goals to work toward, which defeated the constant meandering.

The last improvement came through the inclusion of Lee Young-ja as MC, further helping the dynamic through her maternal role to the cast. Her dynamic with Kim Shin-young and the girls definitely helped enhance the show somewhat, actually temporarily raising ratings once again for the show for the first time in a long while.

But while these improvements gave Invincible Youth 2, the push towards being a salvageable show — though still no where near the caliber of its precedent — these changes came much too late. The show’s very unflattering and indecisive beginning basically ruined the show’s eventual run, keeping it from seeing an increase in viewership despite the clear improvements. Said beginning proved to be a very unfortunate first impression most people didn’t forget. Most people have considered Invincible Youth 2‘s cancellation as inevitable, and while it’s been unfortunate for such a show with so much potential go to waste, I’d have to agree. The improvements simply came way too late to chance audiences’ negative perceptions, and its clear weaknesses were just too blatant to ignore.

Nevertheless, despite all the aforementioned shortcomings, Invincible Youth 2 did have its strengths. It helped solidify the likability of Suzy, the “Nation’s First Love,” who was surely lovable and genuine throughout the show’s run. It helped give the spotlight to Hyoyeon, Jiyoung, and (albeit temporarily) Amber — members who are often overlooked in their own groups. And lastly, it introduced us to the ever-optimistic Yewon, who I call the saving grace of the variety show. Forever the butt of all the jokes, Yewon’s good-natured humor allowed her to shine on the show, and I’m surely hoping she gets another opportunity to showcase her likable personality again.

What are your closing thoughts on Invincible Youth 2, readers? Did you see its cancellation as inevitable as well?