Welcome to the second installment of Seoulbeats Spotlight! The last post brought us the world’s newest phenomenon, PSY, and this week we take some time to look at Kang Ho-dong as he makes his variety return.

It’s been a year and some since Kang Ho-dong left the television scene, creating a notable hole in the entertainment industry. The man had a large and fixed presence upon shows that stemmed from his characteristic, full-bellied laughter and witticisms as he comfortably hosted many a show. In 2011, prior to his departure, Kang had been a host of multiple shows: SBS Star King, SBS Strong Heart, KBS Happy Sunday: 1 Night, 2 Days, and MBC Golden Fishery: The Knee-Drop Guru. Accusations of tax evasion shocked not just his regular audience, but many of his peers. It’s a testament to his personality that many stuck beside him in what were troubled times, times that fortunately took for the better, but not after unnecessary bashing by the netizen patrol. With Kang’s signing under SM C&C and imminent return to Star King, let’s take time to take a trip down memory lane to celebrate the achievements of one of Korean entertainment’s best emcees. 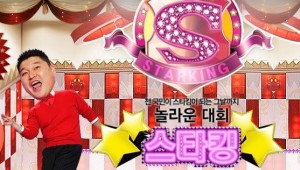 Prior to entering the entertainment industry as an MC and comedian, Kang Ho-dong had a successful career in Ssireum, or Korean wrestling, a traditional sport in Korea. He began competing in the sport after completing high school, though initially met with little success. The categories that Kang competed in were Baekdu Jangsa, a weight class for athletes less than 160 kilograms, but more than the 105 for the next class below, as well as for Cheonhajangsa, the top honor in Ssireum that has no weight limitations for its participants. Of the former category, Kang first won the title in 1989, beating the legendary Lee Man-ki, and starting his prominence in the sport. For the latter, Kang won the title multiple times in 1990 and once in both 1991 and 1992.

After retiring from his Ssireum career, Kang Ho-dong moved on to becoming a comedian and MC, initially appearing over his popularity as a wrestler and later acquiring fixed positions on many a show such as SBS X-Man, SBS Love Letter, SBS Ya Shim Man Man, and the aforementioned shows in which he was a fixed member up until his sudden retirement. His style and behaviors have been influenced by Lee Kyung-kyu, a veteran comedian best known for his role in KBS Qualifications of Man.

The TV personality that Kang developed was one based on his size, eating ability, comfortable presence, and reactions. In particular, on X-Man and Star King, his size and strength came in handy for any physical challenges or when trying anything new. On 1 Night, 2 Days, his love of food became notorious, even gaining him loving nicknames such as “pig” among his castmates. And there was nary an episode of any show where Kang Ho-dong did not bust out into his rousing laughter that is expressed not just with sound and his facial expression but with his entire body. His hosting style tends to be blunt and sometimes a bit immature, but regardless, his guests felt comfortable, and his overall presence was a success in most shows. He has often been compared to his X-Man co-host Yoo Jae-suk, as both have come forward leaps and bounds to be well-recognized and generally well-respected, both have frequently been nominated for the same awards, and both now have their own programs airing in the same time slots. Nonetheless, both have their distinct styles that allow both to be as popular as they are.

Though his roles throughout the mid-2000s were certainly notable, especially that on X-Man, it was more the comfortable role on 1 Night 2 Days, a KBS show that allows for the scenery of South Korea to be showcased while Kang and the other members–Lee Su-geun, Kim Jong-min, Uhm Tae-woong, Eun Ji-won, Lee Seung-gi, and for a while, Kim C–played games in the locations. This more down-to-Earth personality that was revealed appealed to the Korean audience and so did the interactions between the members. Indeed, Kang Ho-dong received the Daesang (Grand Prize) at the KBS Entertainment Awards in both 2008 and 2009 for his role on the show. 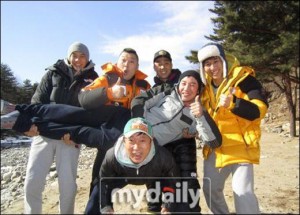 But of course, these are not Kang’s only awards: he’s been receiving recognition in entertainment from all three major broadcast companies since 1995, but in the more recent years for Strong Heart and The Knee-Drop Guru, in addition to 1 Night 2 Days. Also to be noted is that his friendly brotherhood with Lee Seung-gi, fondly known as the Emperor for his talents in multiple areas of entertainment and wide following, has aided Kang in remaining on top in the MC arena, especially as their chemistry together on Strong Heart kept the show having a heart-warming approach with their laughs, even among the serious stories. With such a personality, it’s no surprise that Kang has support from the celebrity arena, with younger stars working to gain his attention.

Kang Ho-dong returns to Star King November 10th, as the November 3rd episode showed. He’s sure to brighten up the set considering had he not returned in time, Boom would have been the sole MC of Star King as the other MC, Super Junior‘s Leeteuk, has recently enlisted. It’s good to see Kang back in his element on variety shows, and under a new entertainment company and with a fresh start, he’s primed to show South Korea just why he was named a national MC. 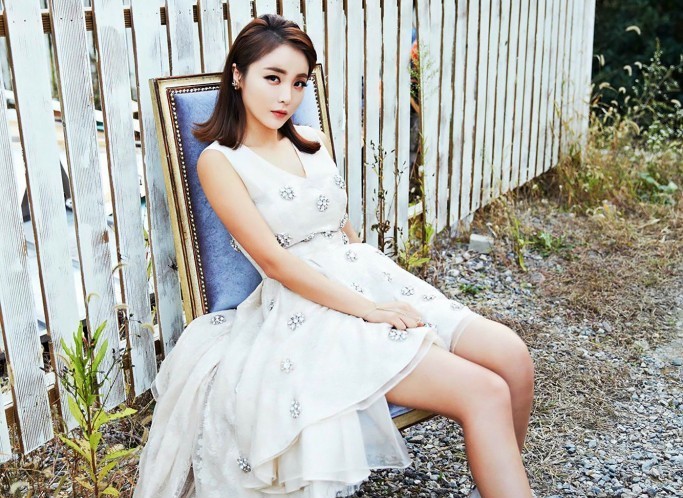