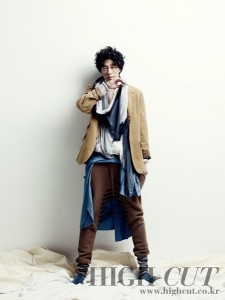 It seems like acting heartthrob So Ji-sub is having a good year. He successfully released a second mini-album which displayed his skills as a rapper, 6 PM…Ground. The mini-album featured the upbeat single, “Eraser,” which spawned a narrative music video starring big name actors Park Shin-hye and Yoo Seung-ho. His new horror dramedy The Master’s Sun is posting high viewer percentages during its Wednesday and Thursday time slot on SBS. Just one year ago, in the exact same timeslot, his drama Phantom (a.k.a. Ghost) ended with rather mediocre ratings, so this year’s success may be counted as a big step forward. Additional publicity is also coming to the show and its star thanks to a chart topping single, Yoon Mirae’s “Touch Love”:

Those who count So amongst their top biases would likely say that he was always destined to be on top. He originally trained to be a professional swimmer, and he certainly seems to have the broad shoulders necessary for it. In the end, those broad shoulders, his natural good looks and an interest in hip-hop ended up taking him to unexpected places. After trying out for a modeling gig so that he could pose with hip-hop artist Kim Sung-jae of hip-hop duo Deux, So Ji-sub found himself using his body to sell clothes and melt man-loving hearts everywhere. 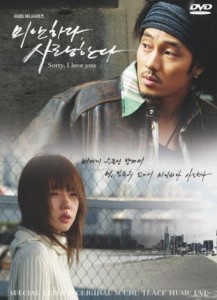 After appearing in small roles in the late 1990s and early 2000s, he finally found success in 2004 with the K-drama Something Happened in Bali along side of Jo In-sung, Ha Ji-won and Park Ye-jin. Although the drama was a hit, he was the second lead to Jo In-sung  who got most of the spotlight.  It wasn’t until later that year that he had his breakout role with the KBS drama I’m Sorry, I Love You which made him one of Korea’s top stars. The drama averaged 20.1% in Korea with a finale rating of 29.2%, which is almost National Drama status.

After finishing his military service, So made what could have seemed like an unwise choice: he chose to do a low budget indie film. But it seems he may have an intuition for these things as the film, Rough Cut, which also starred Kang Ji-hwan, was a critical and financial success, further bolstering his position in the spotlight. In this interview done almost a year ago, one can see just how popular So Ji-sub is to both men and women–and how defining his role in  I’m Sorry, I Love You was.

The spotlight may be a rather curious place for So, as he has previously expressed experiencing anxiety during interviews and other times when he is the center of attention. While it might seem like this is antithetical to the whole proposition of being a performer, it seems to work for So. In fact, he has arguably drawn on this discomfort to play the role of Joo Joong-won in The Master’s Sun, a businessman who has a difficult time with people noticing that he has any emotions.

This reluctance to be the center of attention all the time also seems to have influenced the video for “Eraser.” Instead of starring in it himself, the 35 year old takes a backseat to young and beautiful stars Park and Yoo, only appearing briefly and well hidden behind a lot of hair on his head and face. But while his face may not be front and center, his voice is in complete command of the song, the master of a powerful beat. Some have scoffed at the suggestion that So Ji-sub could ever be taken seriously as a rapper, but half a million viewers on youtube would beg to differ. So has mentioned that being a rapper is a life dream, so he’s likely to keep working at it.

Notably, So Ji-sub seems to have some interest in breaking into the international market. In 2009, he played a mysterious killer with no speaking lines in I am GHOST, an action drama that aired in China in 24 5-minute episodes. That same year, he starred opposite Chinese superstar Zhang Ziyi in the fun 2009 Chinese rom-com Sophie’s Revenge as the boyfriend who inspires Sophie’s revenge. Neither of these roles required any real passable Mandarin, and it remains to be seen whether So will mysteriously appear one day speaking in Chinese or perhaps Japanese where he has also mildly penetrated into the market.

The community has certainly taken notice of So’s talent and charisma. He has won three actor of the year awards, including SBS’, for his lead role in the 2009 drama Cain and Abel, opposite Shin Hyun-joon of Bridal Mask fame. The show was 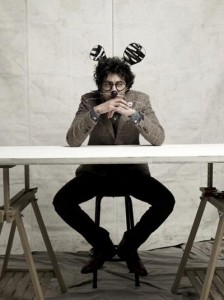 in 2nd or 3rd in most of its run, finished with an average 16.9% viewership, and the finale hit 19.2% nationwide. He contributed two original tracks on the OSTs for Rough Cut and Cain and Abel, under the moniker G or G-Sonic, and some in the community have noted that lately, when So Ji-sub makes a drama, the associated OST is always a smash hit. Of course, correlation is not causation, but at the very least, one can conclude that he knows how to choose winning productions.

In 2010, he published a photo essay collection entitled So Ji-sub’s Journey which was a collection of photographs of trips to the DMZ and Gangwon Province and his personal thoughts on a multitude of topics. The book was a success and made it to the Best Sellers List.  He published another photo essay collection in 2011, So Ji-sub’s Only You, which was based around his character in the movie Always and in 2012 published a magazine for fans SONICe with more of his thoughts on various topics.

If past choices are any indication, So is unlikely to simply sit on his laurels or make easy choices in 2014. Likely he’ll be trying his hand at rapping again, and almost certainly, his next role will be very much unlike his current one. The actor seems to be a man who loves a challenge and has a genuine interest in his craft. Many would not be surprised if it turns out that his best is yet to come.