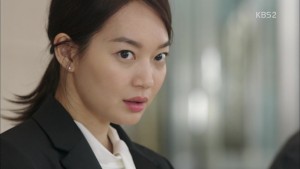 Oh, how the tables have turned.

On me, that is. I was definitely torn about how this drama was going to go at the beginning. Considering my poor experiences with dramas, I think I was being fair. But, oh, how Oh My Venus has proven me wrong. And in the most pleasant of ways.

First and foremost, our “Daegu Venus” Joo-eun (Shin Min-ah) has more than proved her resilience and agency as a character. She not only called out Young-ho (So Ji-sub) for saying he owned her body — still so messed up — but also has taken over the role of savior.

While it bothers me that most of the conflict that Joo-eun faces is either shallow (her losing weight) or petty (her feud with Oh Soo-jin (Yoo In-young)), at least she gets to do more for Young-ho than simply listen to his instructions for working out and eating or pine for his beautiful face with her work on his legal team. And the tables have turned on him, too. He was once the savior to Joo-eun, and now he needs to rely on her to get through this John Kim-Anna Sue scandal whose appearance we’ve all been waiting for. 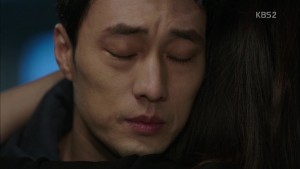 This is also actually the second time in the past four episodes that he’s leaning on her, though it’s the first it’s explicit. After the incident in which she found him on the bathroom floor collapsed in pain, this complete role reversal has seemed inevitable, and yet I didn’t think it would arrive so duly.

I am pleased that it did, though, as it shows growth on both Joo-eun’s part and Young-ho’s part. Joo-eun is finally strong enough on her own, proven by her standing up for herself regularly against Soo-jin’s verbal spars and to Woo-shik (Jung Gyu-woon). On the flip side, Young-ho is finally opening up about his past and how it causes his present turmoils, a confrontation that hopefully will lead to a resolution for his psychological problems presenting as physical pain.

The relationship between Joo-eun and Young-ho has grown in ways that I couldn’t have imagined. They help one another not only face but even tackle their issues. It’s realistic and just great to see them work together to become better, stronger, healthier people. I also love how their relationship was revealed to their friends at the campsite. That Jiwoong (Henry) says that it’s like his mother is dating is hilarious, but it also shows the network of support she now has when her life was once mostly about Woo-shik and work.

With regards to Joo-eun’s weight loss, she continues to show that she and, by extension, her worth lie in far more than her appearance. Thankfully, everyone else seems to value her for more as well, with no one commenting that she’s “beautiful again” or something else along those lines after she’s lost weight. The only one who’s made such a comment is Joo-eun herself in talking to her mother, but the focus is more on her appreciation of her mother raising her. 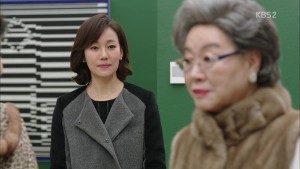 Narratively, I’m curious to see how this betrayal within Gahong will play out. Young-ho doesn’t seem all too enthused about the position, though he dutifully takes the position because he just doesn’t want to let people, namely his manipulative grandmother, down. Going against him we have his father’s wife and her brother, or as I call him The Evil Uncle, along with Woo-shik.

In the middle is Young-ho’s father. He seems to be an emotionally closed off person, but he is also a father and husband who does actually care for his family in his own way. He’s worked at Gahong to keep everything ready for Young-ho, and he wants his second son to major in whatever makes him happy. His wife may be a bit confused and hurt by it all, especially by the revelation that he has cancer, but he doesn’t mean any of it in a bad way. I just hope that we don’t reach into the plumbs of melodrama while this Gahong family power struggle all plays out.

On a more positive note, I’m glad to see Joon-sung (Sung Hoon) finally making some progress in asking Joo-eun to look into his birth mother’s situation even though she doesn’t want to see him. He just wants to help his mother and get to know her, which makes her rejection and situation so much more tragic. 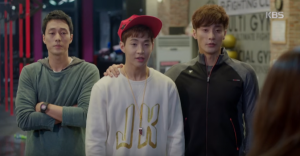 Also, I wish that CF Queen Jang Yi-jin (Jung Hye-sung) and Jiwoong hadn’t tricked him because it’s not at all fair to force someone to kiss another person, even if you do really like that someone. But I’m not so much mad as I am annoyed ’cause even though I find Yi-jin whiny and annoying, she’s cute and only means well with her middle school way of sharing her feelings. I’d like it if she matured, especially considering how much more mature Joon-sung is.

The one character I’m waiting to make progress is Oh Soo-jin. Poor Soo-jin is still caught up in her anger over her college years that she has yet to realize that envy and revenge will not bring her happiness. Her relationship with Woo-shik is shallow at best, and not for lack of effort on Woo-shik’s part. He may have been caught up in his scheming with The Evil Uncle and in stalking Joo-eun, but he did own up and apologize to her for it at least. Soo-jin, though, isn’t happy with him, and it’s because she had hoped that she could basically become Joo-eun by getting everything she ever wanted. 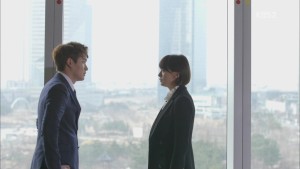 The problem is that Joo-eun time and time again has talked about how hard she worked for everything. It doesn’t help that Soo-jin is more focused on getting even with Joo-eun by tearing her down, even if just verbally, than on being content with what she already has. It’s sad, and until she realizes that she is being petty, she’s going to continue unhappy.

Her day will come, though. I hope.