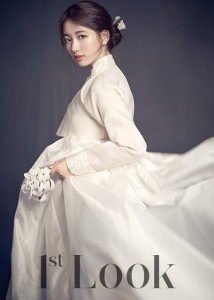 Hello everyone and welcome back to another Comments of the Week, where we feature some of our favorite comments. Before that, let’s take a short look over the articles posted on Seoulbeats this week:

On our regular Seoulbeats Segments, there was the Sunday Social on Running Man‘s X-Man special, it was all white on For Your Viewing Pleasure, a SB Chatbox covering the 2015 MAMA and EXID, an SB Mixtape on confidence, and as always, the Best of Weekly Music Shows.

And now, some of our favorite comments:

…but just because bullying is an integral part of another culture does not mean we shouldn’t discuss it as an international community. You could say underlying homophobia is also part of South Korea’s conservative culture, does that mean it is entirely acceptable and that we should not question it?

I’m not saying we should impose our views and deem them to be supreme and unquestionable, but idols, or more generally, human beings being harassed and “abused” to some extent is not something that we should blindly ignore because we supposedly don’t understand the culture. How are we then to comprehend a culture different from ours if the only answer we get to our questions is a shut door?

The only example I can think of at the moment where cultural barriers didn’t stop people from criticizing was the YuLin festival in China. It’s culturally acceptable to kill and eat cats and dogs in China, and the international outcry went beyond the “it’s a culture” thing to go back to the basics: it is unacceptable to treat another sentient being the way cats and dogs were being treated in that festival (ignoring the speciesism of it all, considering other animals are being treated the same in slaughterhouses of course).

If I was to oversimplify this, it’s like having a friend doing something inexplicable from your point of view, you asking that friend the reasons for his actions and him answering “Oh you don’t/won’t understand, don’t bother”. 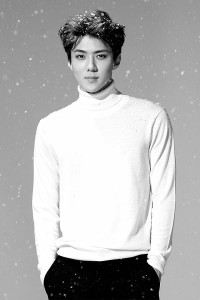 Doesn’t mean it’s a cultural thing, it’s correct. Sure many Koreans, if not all, go through the same thing in their fields of work or standing in society. They’ve come to accept it. But does that mean in any way, that it’s right? No. Each society is not an island, and any rightly educated human being would realize that there are ways that he or she grew up with that are in no logical way correct.

I may be making a too far-fetched comparison here, but don’t we all agree that what North Korea is doing to it’s people, what has become “a cultural (structural) thing” in North Korea, is wrong? Believe it or not, but turning a blind-eye and not saying anything about it is what leads tyrants high up into power, until there’s almost nothing to do about it.

This is where I agree, that there is a cultural connection. But using “culture” is a strong word. If people use the word “culture”, there’s some sense of need to respect and let be. But I believe it’s a “societal mindset”. A problem with the current developed mindset rather than something that is naturally ingrained by strong biological and spiritual nature that needs no questioning.

Society is what drives these types of business systems to thrive. The Asian parallel to the Western standards and double standards of “how one elite should look, act and behave”, is something that should be tackled by first not barring the conversation. And by fandoms starting to, INDIVIDUALLY, doing right by their faves in the best way they can. 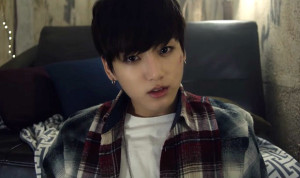 Fandoms themselves SHOULD be aware of how THEY treat their fave artists. Though it may be some “innocent fangirling/fanboying” the number of retweets, quotes, reblogging, likes a certain comment gains towards how an artist looks, dresses, acts (I hate the “idol” word so I’m not going use it here) makes an impact. It’s a digital world, so much of the discourse starts and continues online. Why do we think that most of the tactics are now web-driven? Let’s not forget how certain political groups use this to get their twisted propagandas on fire.

The web provides an outlet for the voiceless, and that voice that they couldn’t express otherwise should be heard. Why do you think they feel powerless? Because they think that no one around them, would support them. But discourse changes minds, though gradually.

Is the type of behavior that is widespread in South Korean society acceptable? Towards the ideal workplace and societal conditions that every community strives to learn and adapt the answer is, no. Perhaps international fans can’t do big changes, but as fellow human counterparts to their South Korean neighbors, they can sure be their mirror and help see what could be causing them pain. Their healing starts with them, South Koreans. How they grow and implement what they learn, its for them to do as a people. So do all peoples of the world.

But to simply dismiss the the discussion, is cowardice and a arrogance of a mind not willing to grow from the box it encased itself in.

That’s it for this week! As always, thank you to our readers for reading and commenting!