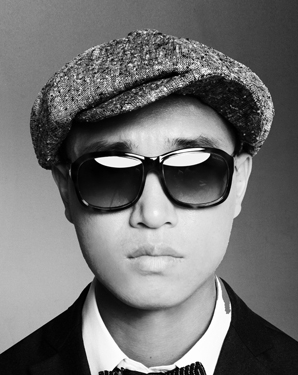 Kang Hee-gun has had a lot of identities over his career: a boxer, a dancer, a member of Leessang. But as of the last seven years, he has been Running Man’s Random Mr. Capable, Kang Gary. Audiences have loved him as Running Man’s resident dimwit, and as a mainstream rapper of Leessang.

In all honesty, Gary was something of an enigma before Running Man. While his partner, Gil was working on shows like Come to Play and Infinite Challenge, Gary was mostly known for his work with Leessang and as a rare guest on talk shows.

Although he was reluctant to join Running Man, Gary’s dark horse reputation, his gullible and silliness, and his genuine personality attracted the attention and affection of the audience. Perhaps that’s what was the most endearing thing about him: the way he didn’t try to inhabit a person or an image that the audience liked the most. He was just himself.

What is probably the most entertaining aspect of Running Man isn’t just the races or the competitions, nor the costumes and the guests: it’s the cast and their energy. All the members bounce off each other and that’s what makes the show so great to watch. While members like Ji Suk-jin and Lee Kwang-soo are the weaker runners, they’re often a source of humor with their antics, Yoo Jae-suk leads the group with Haha and Kim Jong-kook bouncing off of him to direct the energy of the scene.

Gary and Song Ji-hyo had the same role as each other: they were the ones who helped to balance out the energy, with their more subdued and quiet temperaments. It was fun to see the members bait and tease each other, but it’s not just funny because of all the clever, cutting wit. It’s funny because of members like Gary and Song Ji-hyo are there to balance out all that wit with their down-to-earth personalities. 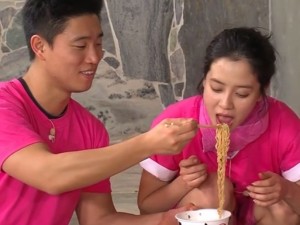 Gary’s loveline with Song Ji-hyo was the thing that really launched his popularity in the beginning. After seeing him as a rapper for so long, it was refreshing to see his humor and cheesy flirting. Leessang had constantly proven itself as a mature group with deeply sensitive and adult narratives, it was hard to see the silly, playful side of them before. The Monday Couple was a humorous source of romance on a show about competition, not just because Song Ji-hyo was the ace and Gary was the dummy of the team, but because Gary had this rather displaced sort of role on the show. People didn’t really have any grasp know who he supposed to be on the show. When the show was in those first few episodes, the entire group was still trying to figure out its dynamic.

With the addition of the female ace Song Ji-hyo, Gary cemented his role in the group dynamic in the eyes of the audience: he was the guy trying to win the love of a beautiful woman. Maybe he wasn’t too bright, or handsome, or charming, but he still tried his best — even if it made him look silly. It made him easier to recognize, to relate to, and to like.

What may the best thing about Gary’s participation on Running Man wasn’t just be the friendships he’d cultivated or the places he’s had the opportunity to visit. It’s the fact that this it was a part of his career that forced him to do something outside of music, and face those challenges.

While Gary has always been a musician to his core, and has consistently produced music while on the show, the show forced him out of a box of expectations and let him explore all the other kinds of struggles that people are facing and dealing with in their lives that he doesn’t necessarily face.

In variety, he was pulled out of his element and forced into situations that he hadn’t encountered before. Thanks to all these experiences, He learned a new level of teamwork, new struggles, and new ways at looking at the world. He’s seen parts of the world he’e never seen before. He’s had to struggle with his new image and with the kind of music that he wants to make. These experiences don’t just let him grow as a person, but as a musician.

Gary’s music while he was on Running Man consistently proved that he refused to be defined by how the audience perceived him on the show. The title track of his first mini-album, Mr. Gae, was “Shower Later.” While it may have been banned from public performances, it was still highly popular and was the number 1 song on 8 real-time music charts. It involved narratives from Gary’s life and his feelings, and included sounds, beats, and melodies that are rarely ever found, let alone expected within the rap genre.

Leessang has distinguished themselves from other mainstream rappers by favoring softer melodies over aggressive distortions and snares, and compelling storytelling narratives over disses. This trend has followed throughout their music. Although their topics have changed and their collaborations have always varied, they have proven themselves a group that can compete toe to toe with younger, fresher bands in an industry that favors the newest groups and the catchiest beats.

Even just last year, Leessang hit an all kill with their single “Kaleidoscope”, and Gary released his first full-album 2002, which not only dominated charts in South Korea, but also in China. He released “Lonely Night” featuring Gaeko, with Song Ji-hyo starring in the MV. Gary’s independent work on Running Man has been strong and non-compromising in his honesty, and his work with Leessang while he was on Running Man has consistently proven their artistry and relevance.

Both sides of Gary’s work have influenced each other with great results; his down-to-earth and straight going personality on Running Man acts as an underscore to his sincerity, while rounding out his music as not only mature and multi-dimensional. His fans are interested in him as a musician and as a person who is living his life without letting what society wants control him. 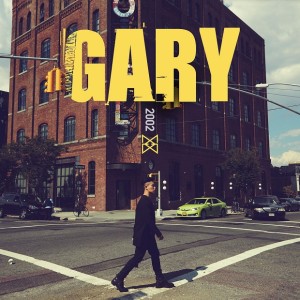 He’s a working example of a man who isn’t afraid to show all the sides of himself: silly, heartbroken, a little dumb, passionate, clueless, irritated, sensitive, and full of love. Gary is not just a concept of the way a mainstream musician cultivates the idea of an idol or image. Gary is Gary: too authentic, and too human to really have any sort of label to him, just like any other person.

With his departure from Running Man on October 31st, Gary now has another chance to show how much he’s grown as a person through his music.

Readers, what are some of your favorite Gary moments on Running Man?