Knowing Brothers. 2 Days & 1 Night. New Journey to the West. All the Butlers. What do these well-loved variety shows have in common? A male-only cast. An avid variety show viewer or not, it is undeniable that the bulk of Korea’s variety shows are worryingly male-centric. While many can easily name prominent male MCs like Yoo Jae-suk, Kang Ho-dong, and Lee Su-geun, equally talented female MCs like Park Na-rae, Jang Do-yeon, and Lee Young-ja are far less spotlighted.

As a matter of fact, female MCs are hardly even seen on screen. And when they are, they are often cast as a romantic interest. We Got Married notably perpetuates this idea where female stars are only visible when necessary while concurrently turning a blind eye to the real problem of female under-representation. At times, it feels as if the “wife” has more to lose. As the seasons proceeded and perhaps in an attempt to increase ratings, the show frequently paired male idols with an actress or a female idol. Naturally, the idol’s fans would express their resentment. Thereafter, their female counterparts are often left to receive the brunt of the blow.

Outside of this imagined marriage, the all-male cast of Knowing Brothers are usually unable to hide their excitement towards their female guests, while expressing disappointment towards male guests. On one occasion, the show landed itself in hot water for objectifying women when Min Kyung-hoon gifted Jeon So-min a bra made out of paper cups. In other instances, the cast regularly invites female guests to rank them by their appearances or pick their ideal type among them. Oftentimes, these inexhaustible questions feel as if women are invited to satisfy the male cast when they are picked as the guest’s ideal type. Though this can be brushed aside as a joke as part of comic relief, it is these small and easily neglectable moments that continue to lock women into age-old gender biases.

For the longest time, even renowned shows like Running Man had Song Ji-hyo as their sole female representative. Although this highlights the capabilities of female stars, Yoo Jae-suk still remains the main host while Ji-hyo never comes close. Yet, she manages to prove her prowess as Ace Ji-hyo with her intelligence, determination, and luck amidst the dominant male cast. However, Ji-hyo’s presence was vastly elevated through her Monday Couple love line with her male co-star, Gary. Unfortunately, upon the departure of her love interest, Gary, Ji-hyo slowly faded to the back, struggling to find her own character, one that does not involve anyone but herself. While fans mourn the loss of their favourite on-screen couple, this proved that Ji-hyo’s popularity was largely defined by her relationship with Gary. It felt as if Ji-hyo needed Gary to stay afloat due to how rigorously their love line was pushed both by the cast and fans.

The same remains true when Jeon So-min and Yang Se-chan joined in 2017, where the gender imbalance is still glaring even with two female members. So-min, like Ji-hyo, also latches onto the love line trope, although this is of her own doing. It is as if So-min recognises the need for a love line to remain in the spotlight. In other instances, Ji-hyo and So-min are often only highlighted when it involves finding them an on-screen ideal date. Likewise, such events mirror the same trope in the past, where missions were centred around Ji-hyo only when it involved love or stirring emotions. On the other hand, the male members have been spotlighted based on their physical or intellectual abilities, or lack thereof. Noticeably, Jae-suk had many “Yoo-mes Bond” episodes, which were based on his sneaky winning tactics. Similarly, Gary was highlighted in the “Tru-Gary Show” based on his inability to be a competent spy.

Although there were female-led variety shows in the past like Invincible Youth, with their star-studded cast, and Unpretty Rapstar, with the ever so popular rap genre, they were met with lukewarm responses. At present, while we see a handful of programs like I Live Alone and My Little Old Boy that highlight both genders, the apparent lack of female-centred shows is still painfully glaring.

But why is this still prevalent? Gender inequality might be the answer. Digging deeper, Korea has a worrying history of gender inequality that extends beyond the entertainment industry. In fact, on top of Korea ranking 124 out of 149 countries in terms of job opportunities for women, working mothers also often feel pressured to leave their job to watch over their children. Merely looking at statistics within the industry, it comes as no surprise that the industry is male dominant. The number of male to female MCs is four to one, with the former amounting to 83.3%. The same is true with regards to entertainment awards where Lee Young-ja was only one of two female MCs to win the top honours from KBS in 20 years. Simply put, male MCs are dominating the industry while female MCs can barely step on the same stage.

However, while men helm the entertainment industry, female MCs of this era are attempting to break the glass ceiling to build a stage they can finally call their own. Despite having to wait decades for this monumental breakthrough, there has been a significant rise in female variety stars, especially in the last two years. Of which, Jessi’s Showterview, Refund Sisters on Hangout with You, Sixth Sense, 문명특급 (MMTG) and Girls High School Mystery Club have made a significant impact.

Of the listed shows, half of them mark the appearance of Jessi, where sharp-tongued women seem to be in demand for their no filter humour. Unsurprisingly, a similar style of MCs is seen especially in Refund Sisters and Sixth Sense, where they feature bold, unapologetic women who sometimes overpower their male co-stars. The latter two recognises the recurring presence of Jaejae, who is working her way up to become a rising female MC. Similar to Sixth Sense, Girls High School Mystery Club, a show Jaejae was on, is also particularly notable for its all-female cast. Like the male members on the show’s origin, The Great Escape, Jaejae and her fellow members have also proved their intellectual abilities in this spin-off. Unlike the shows that Jessi is on, Girls High School Mystery Club does not feature a cast with strong personalities or even a main MC. And yet, they blend well together and have also garnered a loyal following.

Although this marks the opening of more opportunities for women to be at the forefront, this is not to say that females are being properly represented yet. There seems to be an underlying consensus that spotlighting women is challenging the dominant narrative. Notably, even well-received hosts like Jaejae have received backlash for being “anti-men”, exhibiting feminist ideas and for graduating from a renowned all-girls university.

While the road to gender parity is long and far ahead, these baby steps are finally starting to place a number of female MCs on a relatively equal playing ground. The future may look bright for now but by increasing on-screen female representation, the issue of gender disparity can hopefully be tackled at a faster rate. 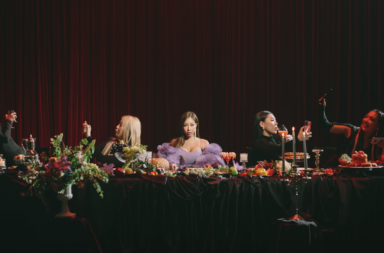