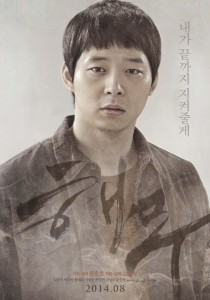 With his boyish grin and smiley eyes, one would have expected Yoochun to always stick to the role of Prince Charming in rom-coms. Compared to thrillers and melodramas, rom-coms are much easier to navigate for an actor coming from the music scene. But instead, Yoochun has taken it upon himself to challenge his abilities beyond that of a mere flower boy, by selecting projects from a variety of genres such as action thriller Three Days, melodrama Missing You, and now, the at-sea film Sea Fog.

After four years in the acting industry, our resident JYJ actor has finally made his big screen debut in Sea Fog,opposite much-lauded veteran actors. Based off a real-life smuggling event in 2001, this at-sea film has generated much positive buzz for its experienced cast and crew. For this seafarer role, Yoochun actually put on 12 pounds and scruffed up his image, while convincingly adopting a Yeosu accent.

While most idol-actors are met with much apprehension, Yoochun has somehow managed to successfully evade that prejudice and prove critics wrong. When JYJ was banned from TV broadcasts, Yoochun found his way onto the small screen through acting, and eventually into all the Korean and international viewers’ hearts. He has done what many idols can only dream to achieve — establish acting as a whole new second career. 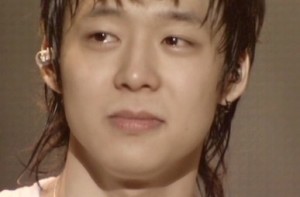 Since TVXQ debuted back in 2003, Yoochun was always pegged as the emotional one in the group. Having suffered through difficult family circumstances and his migration to America, his cheery smile occasionally seemed like a façade for his rough adolescent years. His tears were not a rare sight for fans, as he was often the first to cry during award ceremonies, talk shows and the like.

While most guys would understandably try to hold in their tears, Yoochun’s lack of a tough image allowed him the freedom to comfortably express and get in touch with his emotions in front of the camera, unlike leader Yunho. And this is perhaps the one thing idols struggle with in acting — allowing the viewers to see an imperfect and ugly side to them, even if it’s through a character.

Idols are often extremely self-conscious, too intent on looking pretty in front of the camera and reciting the lines in the script, that they still come across as their own celebrity self instead of the character. By nature of his personality, Yoochun has overcome this obstacle and mastered the true art of acting — immersing his own consciousness into the character and allowing everything else to flow genuinely. 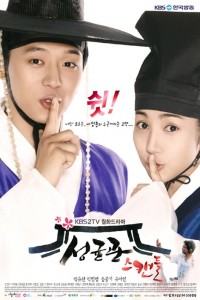 Minor television appearances aside, Yoochun made his debut as the stoic and morally upright Lee Sun-joon in Sungkyunkwan Scandal. To many, his talents were not obvious right off the bat, as his acting had a rather shaky and awkward start. This could probably serve as a lesson for future actor-wannabes – start off with rigid characters because any stiffness can be attributed more to the prickly personality of the character and less to one’s lack of skills.

However, as the filming went on, the producers and audience all noticed the phenomenal improvement that Yoochun made. Despite the initial trepidation about casting an idol in the lead role, Yoochun surprised the viewers by pulling it off unbelievably well. He eventually received the “Best Newcomer” and “Most Popular Actor” in the Baeksang Art Awards, the most prestigious award ceremony in Korea.

After receiving much love for his debut project, Yoochun understandably felt burdened for his next project, melodrama Miss Ripley. This time round, his happy-go-lucky character had an uncanny resemblance with himself, and he fully empathized with the character’s need to always slap on a smile to convey a perfect front.

His subsequent projects continued to build up his credibility and build his fanbase. Yoochun picked up time-travelling rom-com, Rooftop Prince, juggling two characters on different ends of the spectrum as a present-time chaebol, and a Joseon-era prince who travelled to the future. Portraying multiple distinct characters is a challenge even for professional actors, and it’s safe to say that this is probably one of Yoochun’s most noteworthy performances to date, effortlessly handling the comedic beats of a crown prince’s struggle to survive in modern-day Korea. 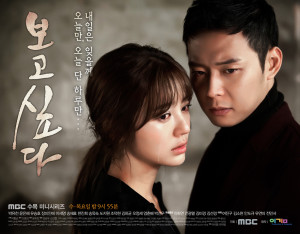 And he didn’t stop there. Snagging another tearjerker, Missing You, further showcased Yoochun’s impeccable knack for crying-on-demand, even if the drama ventured into the too psychotic. Wanting to try out an action piece, he then chose the thriller Three Days as his vehicle. And as perfect as he is, he proved to be a quick learner, with the martial arts director praising his quick ability to pick up stunts.

Most critics claim that Yoochun’s characters constantly fall into the same mold — morally upright, relentless, passionate, a little hardened, while falling head-over-heels for one girl. While being an acclaimed actor includes molding oneself into various type of characters, Yoochun perhaps hasn’t quite reached that level of expertise yet.

At the same time, it’s likely that Yoochun knows his own strengths and limits, opting to portray safe characters, while venturing into different genres and bettering himself with each project. What Yoochun doesn’t have in range, he makes up for in sincerity. As a viewer, it can be ascertained that Yoochun’s performance always comes across as well thought-out, earnest, and grounded. On screen, there’s no sign of Yoochun the Hallyu star, when he transforms wholly into his character.

Even if his acting capabilities fall short of the likes of other professional actors, his Hallyu star power is undeniable. Since his strong acting debut, all his followup projects have been huge hits abroad in China and Japan, being exported in incredible demand. He has held solo fanmeetings in parts of China and Taiwan, mostly due to his popularity from these dramas. Hunan Television even once chartered a private jet to get him to attend a show in China, due to his explosive demand. 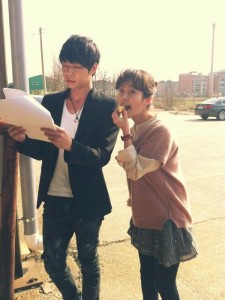 And despite all this, Yoochun never once let the fame get to his head. From interviews, it’s always a delight to see how humble he is about popularity . Even though most shows ride on his Hallyu visibility, he never fails to convey his appreciation to his sunbaes for constantly guiding him and giving him good advice. In return, he’s always praised for his model work ethic, striving for perfection in every single scene, just because that’s the standard he holds himself to. You know those actors who constantly hold on to their script even when they’re resting? Yeah, that’s Yoochun.

To him, the acting itself is more essential than all the unnecessary money, fame, reputation that comes along with it. It’s all the easier to root from him, when his slow hard climb to success is visible to all of us. While much of his success can be credited to his good eye for dramas and his consecutive luck in snagging well-written roles, a diligent attitude is what draws fans to him. His humility and willingness to do whatever it takes for his craft, is perhaps something that many of his idol juniors could emulate.

Although Yoochun’s first career is as a musician, his passion towards acting is evident to all. Even as his teammates Jaejoong and Junsu both released solo albums, Yoochun has chosen to walk down a different path and concentrate on building up his acting experience and resume. Looking back, it’s pretty amazing how all his stars aligned to bring him where he is today. Would he have achieved so much success if he didn’t leave SM? Maybe yes, maybe not. But in any case, even if Sea Fog is his last project before he enters the military, he can rest assured that he has many fans awaiting his return.